With the latest update on NVIDIA Broadcast, users can now enable the eye-contact feature. 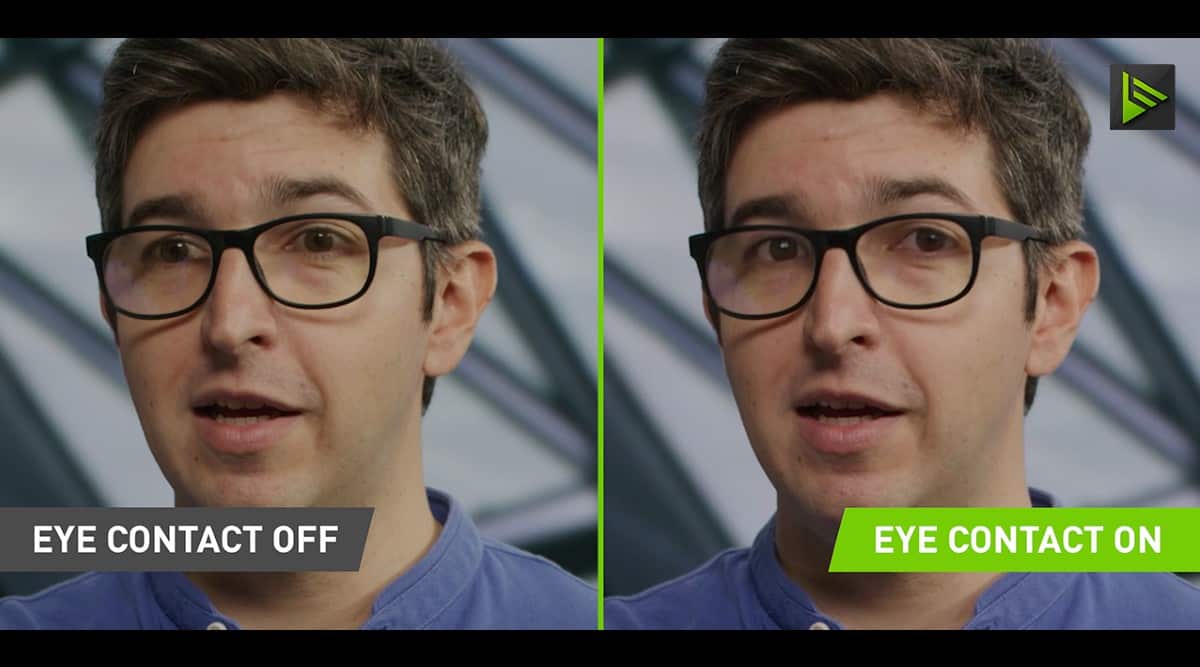 The latest NVIDIA Broadcast version 1.4 update has introduced a new eye contact feature as a part of the beta testing, which makes streamers and presenters look like they are fixed into the audience at all times. NVIDIA has confirmed that the feature is still in the beta phase, as it has to be optimised for the millions of eye colours and is still accepting feedback from the users to make it prime time ready.

If you have an RTX 2060 or the newer NVIDIA GPU, you can now install and test the eye contact feature via NVIDIA Broadcast, which can be downloaded from NVIDIA’s official website.

If you own a PC or a laptop with NVIDIA GPU and do video streams, then NVIDIA Broadcast is a must-have app, which offers a lot of streaming-centric features like noise removal and room echo removal. Even when it comes to camera-centric features, NVIDIA Broadcast offers Auto Frame, a feature available on newer Macs and iPads, background blur, background replacer, and video noise removal feature.

How to enable the eye contact feature on NVIDIA Broadcast?

Download the NVIDIA Broadcast (version 1.4 or newer) on your PC or laptop. Go to Camera > Effect > and select Eye Contact (Beta) to use this feature. We tested this on a gaming laptop with RTX 3060 Ti laptop GPU and this feature worked without any issue despite it being in the beta phase.

Coronation of Britain’s King Charles to be celebrated with street parties, light shows