Which under Rs 7000 smartphone is the best? We compare Yu Yuphoria, Redmi 2 and Moto E (2nd gen) Yu Yuphoria, the second device from Yu Televentures, comes at a budget price of Rs 6999. This is a 4G smartphone with a metal frame and will compete with the likes of Redmi 2 and Moto E (2nd gen) which are available at the same price.

We take a look at how these three smartphones, all priced at Rs 6,999, stack up in terms of specs and features.

This newly launched device from Yu has a metal frame as its USP and thus in terms of design it stands apart from its competitors. Key features of the Yuphoria smartphone are: 5-inch 720p HD display with Corning Gorilla Glass 3 for protection, 1.2GHz quad-core Qualcomm Snapdragon 410 processor with 2GB of RAM, Adreno 306 GPU and 16 GB internal storage. The Snapdragon 410 is the entry-level processor and it remains to be seen if the heating issue of Snapdragon gets heightened in this device. The device is powered by Cyanogen OS 12 running on Android L and comes with an 8 megapixel rear camera and a 5 megapixel front camera with a wide-angle lens. The smartphone has a 2,230 mAh battery, which Yu claims can be charged to 65 percent in flat 45 minutes. It is a dual SIM smartphone with 4G support. CyanogenMod OS 12 is a highly customisable ROM of Android and gives users a lot more control over themes, app-outlook, privacy, than stock Android.

The second version of the Redmi 1S, the Redmi 2 is the budget offering from Xiaomi and costs Rs 6,999 like the Yuphoria. The Redmi 2 has a 4.7-inch 720p HD IPS fully laminated display with AGC Dragontrail glass protection (no Gorrilla Glass). It has an 8 megapixel rear camera, and a 2 megapixel front camera. Redmi 2 runs Android 4.4.4 KitKat operating system with MIUI 6 skin on top. MiUi also offers users a host of features like privacy controls, themes, control over notifications, etc. The Redmi 2 is a 4G device as well and offers 4G on both SIM slots. With Yuphoria though it is not specified if both slots support 4G.

USP: 4G connectivity on both slots, MIUI6 which is also highly customisable and as we saw in our review, it has a stunning camera at this price point.

When the Moto E (1st gen) was launched it was revolution in the budget smartphone segment because it offer stock Android experience at rock-bottom prices. 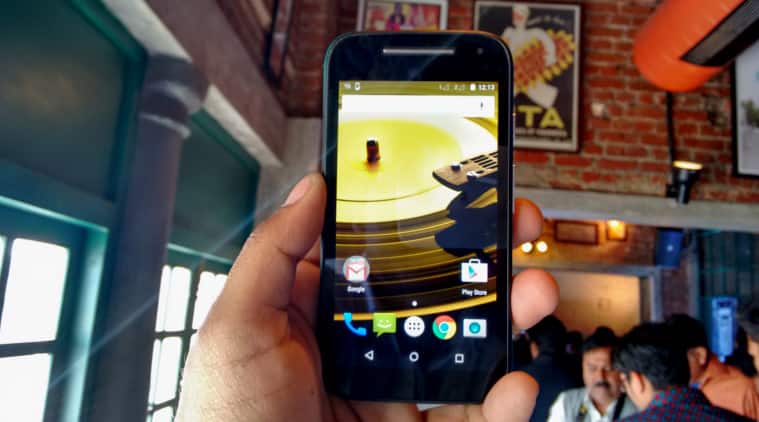 The Moto E has the right price point, but it pales in comparison to the Redmi 2 and Yuphoria in terms of features like camera resolution, screen size and more. It has a 2,390 mAh battery which can easily last an entire working day.

In terms of performance though, we have seen earlier that the Moto E worked fairly smoothly even though it does not have a 64-bit processor, compared to the Redmi 2 and Lenovo A6000.

Read our review of the Moto E here.

Read more: How Rahul Sharma’s YU is taking the fight to Chinese rivals like Xiaomi

My visit to China will set ‘new milestone’ for Asia: PM Narendra Modi