Xiaomi Mi Note 2 launches on October 25, and a new teaser suggests the phone will have a dual-curved display 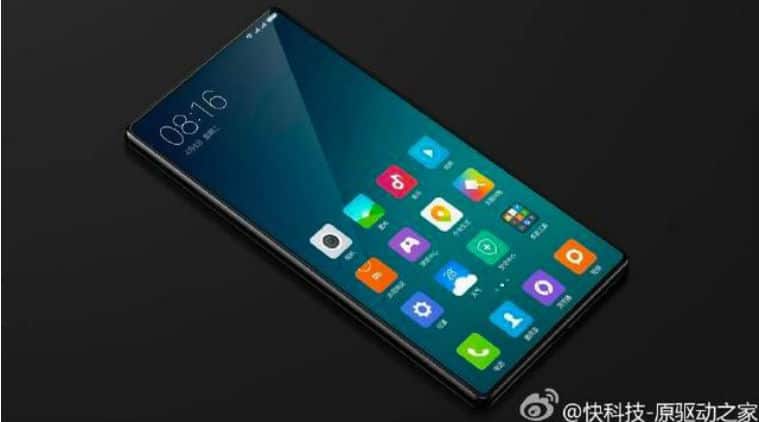 Xiaomi Mi Note 2 will be unveiled on October 25 at 11:30 IST. The phone will have a dual-sided curved display.

Xiaomi recently shared a teaser image regarding the Mi Note 2 on Twitter with the title ‘Curved to impress’.  The tweet also confirmed the Mi Note 2 is finally happening. Xiaomi’s Mi Note 2 will feature a dual-sided curved display, and will be unveiled on October 25 . The event takes place in Beijing, although the live-stream for India starts at 11:30 am IST. Xiaomi also tweeted a Facebook event link for the same, but that doesn’t appear to be working.

Rumours around the device have suggested the Mi Note 2 will feature an ultra-thin display. According to a leaked slide spotted by PhoneArena, Mi Note 2 will have a 5.7-inch Super AMOLED display with a 1440 x 2560 resolution and Force Touch, similar to Apple’s 3D Touch. It is expected to be powered by a quad-core Snapdragon 821 chipset coupled with Adreno 530 GPU.

Mi Note 2 will have two versions – 4GB RAM with 64GB ROM, and a 6GB RAM version with 128GB internal storage. The camera setup on the phone is said to be a 23MP Sony IMX318 sensor on the back and a 12MP front-facing camera. The phone is backed by a 4100 mAh battery that supports Quick Charge capabilities.

Other features of the phone include a Qualcomm ultrasonic fingerprint scanner, NFC and Mi Pay. The 4GB RAM 64GB ROM version is expected to be priced at $415 (approx Rs 27,700) and the 6GB RAM 128GB version is expected to be available at $445 (approx Rs 29,700). Reports have also claimed the Mi Note 2 will be Xiaomi’s most expensive smartphone till date and could cross the $600 price tag.

Xiaomi launched the original Mi Note series in January 2015, and although the phones never made it to India. With the Mi Note 2 series, Xiaomi is taking another stab at a big-screen, high-end specifications smartphone. The Galaxy Note 7, which was the ultimate flagship device with a dual-edge curved display, is out of the running for 2016 thanks to the battery fiasco. Nonetheless Xiaomi’s Mi Note 2 won’t have an easy ride, given the tough competition in the Chinese market.

We’ll have to wait and see if the Mi Note 2 series comes to India and at what price. The original Mi Note never made it to the country, although Xiaomi’s approach to India has changed considerably since then. The company has launched phones like Redmi Note 3, Mi 5, Redmi 3S, Mi Max, etc in the market in the last couple of months.

While the budget phones like Redmi Note 3, Redmi 3S have been a hit, Xiaomi’s premium priced phones haven’t created quite the same buzz. For the Mi Note 2’s success, a lot will depend on the pricing and overall performance of the device.