Xiaomi has introduced its most ambitious and expensive lineup of smartphones in the country with the new Mi 11 series. The Mi 11 Ultra is the most expensive phone in the list with a price starting at Rs 69,999. 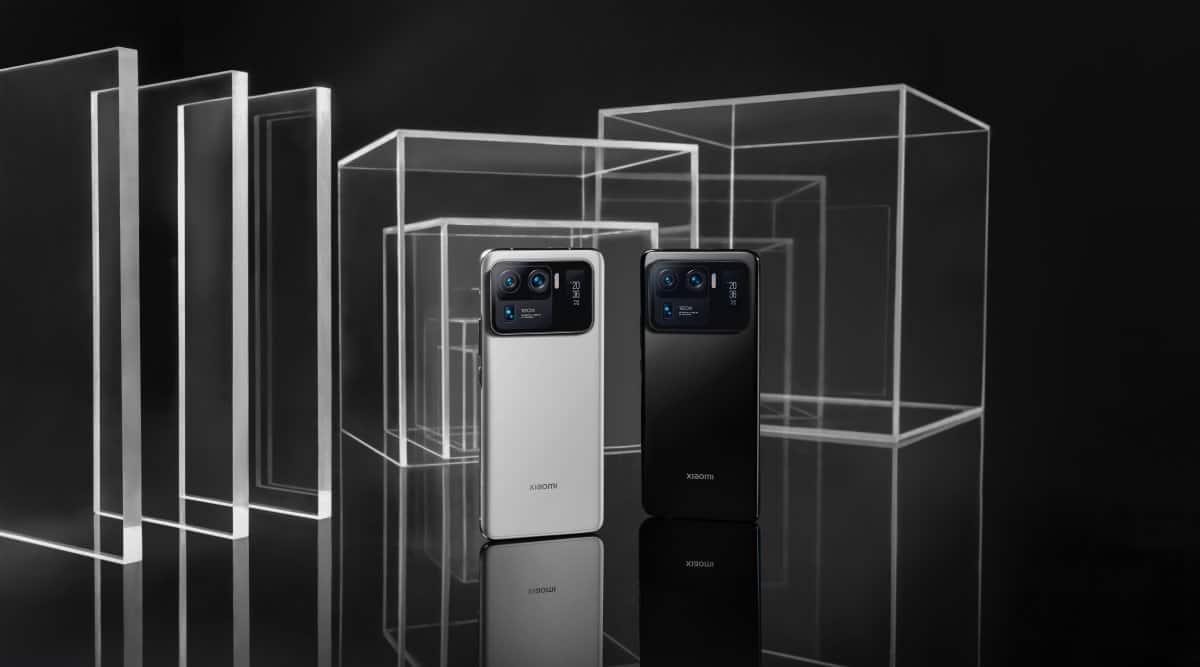 Xiaomi Mi 11 Ultra limited quantity sale on July 7: How to get it?

Xiaomi has introduced its most ambitious and expensive lineup of smartphones in the country with the new Mi 11 series. The Mi 11 Ultra is the most expensive phone in the list with a price starting at Rs 69,999; keep in mind this phone is imported from abroad and made in a fully automated Xiaomi factory in China. The Mi 11X and Mi 11X Pro were also announced along with the company’s new 75-inch QLED TV. Here are details on the pricing, specifications and features of the new devices.

The Mi 11 Ultra has a price tag of Rs 69,999 and will go on sale soon on Amazon India, Xiaomi’s Mi.com, Mi Home stores, etc. Xiaomi will be sharing sale-related information on its social media platforms later.

The focus of the Mi 11 Ultra is the camera. It consists of a 50MP custom Samsung GN2 sensor at the back coupled with a 48MP ultra-wide sensor (128-degree field of view) and a 48MP telephoto sensor. Xiaomi claims it has worked with Samsung to build this sensor just for the Mi 11 Ultra. The phone is capable of shooting with a wider focal length range, from 12mm to 120mm. The 48MP periscope camera supports 120x AI super zoom and 5x optical zoom. Xiaomi has also added support for 8K video recording on all three cameras. Other features include a Multicam mode, where users can get an instant view from all rear cameras and the front camera. It also comes with Audio zoom.

The rear camera also has a mini-screen which can show the time and battery levels and notifications as well, though users can customise further in the settings. It acts as a view-finder for taking ultra-wide-wide selfies as well with the large custom sensor on the back.

On the design front, the Mi 11 Ultra is made of ceramic and comes with Corning Gorilla Glass Victus at the back to ensure a scratch-proof performance. The Mi 11 Ultra also includes an IP68 certification for dust and water resistance.

The display is 6.81-inch with a WQHD+ resolution and this is an AMOLED quad-curved display. It comes with the latest E4 light-emitting material as well as a 120 Hz AdaptiveSync display, which automatically sets the refresh rate depending on the content you are consuming. The rear camera also has a secondary display.

This is also a 10-bit panel, which is capable of producing more than 1 billion+ colours compared to the stand 8-bit displays. The display supports Dolby Vision and HDR10+. The display supports an ultra-high touch sampling rate of 480Hz, which will ensure the best gaming response. Mi 11 Ultra is powered by the Qualcomm Snapdragon 888 processor coupled with 12GB RAM and 256GB storage space.

For audio, the speakers have been tuned by Harman Kardon to deliver a high-quality audio experience, and the phone has dual stereo speakers. Xiaomi says users can rely on the Mi 11 Ultra as a wireless mic by simply connecting it to a compatible speaker via Bluetooth.

The phone has a 5000 mAh battery with 67W wired and wireless charging. However, Xiaomi is only providing a 55W charger in the box at the moment. The 67W watt charger will be made available later on. Xiaomi claims the device can charge to 100 per cent in just 36 minutes. It also supports 10W wireless reverse charge and 5W reverse wired charge.

The Mi 11 Ultra runs MIUI 12 based on Android 11. It also comes with support for Dual-band GPS, NavIC support (India’s own GPS equivalent), along with an IR blaster and an in-display fingerprint sensor. It has an IR Blaster as well and support for WiFI 6, along with Bluetooth v5.2.

The Mi 11X will come in three colour variants: Cosmic Black, Frosty White and Celestial Silver. The dimensions of the phone are 163.7mm x 76.4mm x 7.8 mm and it weighs 196 gm. The phone has Gorilla Glass 5 at the front and back. The phone has a dust and water resistance rating of IP53. It comes with a Type-C USB 2.0 port.

The Mi 11X has a 6.67-inch Full HD+ resolution (2400 x1080) display with a 120Hz refresh rate and a 360 Hz touch sampling rate. This is an AMOLED display, with Xiaomi saying it is using the E4 material which ensures reduced power consumption. The maximum brightness for the display is 1300 Nits. The display also supports HDR10+.

The rear camera at the back includes the 48MP Sony IMX582 sensor, an 8MP ultra-wide camera with 119-degree field of view and a 5MP Macro camera with 2X zoom. The camera is capable of recording in slow-motion as well as 4K resolution at 30 fps (frames per second). The front camera is 20MP. The Mi 11X is powered by the Snapdragon 870 processor.

The phone is powered by the Qualcomm Snapdragon 870 chipset, which is also powering other phones such as the vivo X60 series, the OnePlus 9R, etc. It has options for 6GB or 8GB RAM coupled with 128GB UFS3.1 storage. The Mi 11X also has LiquidCool technology to keep the phone’s thermals in control even during heavy-duty gaming.

The phone runs MIUI 12 based on Android 11. Battery on board is 4520 mAh with 33W fast charging supported. It also supports Qualcomm’s Quick Charge 4.0 technology and includes wired reverse charging support.

The phone has dual speakers with Dolby Atmos, though Xiaomi said this will be added via an OTA update later on. The phone has a type-C USB interface for the headphone jack. It also comes with three microphones for noise cancellation. It has Hi-Res certification for both Wired and Wireless audio.

Sensors on the Mi 11X are: Ambient Light 360° light sensor, Proximity Sensor, E Compass, Accelerometer, Gyroscope (hardware), Fingerprint Scanner (Side). It also includes an IR blaster as well, which is seen on most Xiaomi devices.

The Mi 11 Pro comes in three colour variants: Cosmic Black, Frosty White and Celestial Silver. Dimensions for the phone are 163.7mm x 76.4mm x 7.8 mm, and it weighs 196 gm. It has Corning Gorilla Glass 5 on the back and front as well. There’s a punch-hole camera in the front as well with a diameter of 2.76mm. The IP rating is the same as the Mi 11X which is IP53. The display size is the same as the Mi 11X at 6.67-inches with FHD+ resolution and 120 Hz refresh rate along with 360hz touch sampling rate. It supports the HDR 10+ as well. The main difference between the two phones is around the camera and the processor. The rear camera on the Mi 11X Pro consists of the 108MP Samsung HM2 sensor, though there is no support for Optical Image Stabilization (OIS). It has an 8MP ultra-wide 119-degree camera and 5MP Macro camera (with 2X zoom) as well. The front camera remains 20MP.

The Mi 11X Pro is powered by the Qualcomm Snapdragon 888, which also powers the Mi 11 Ultra. The RAM is 8GB and there are two storage options: 128GB or 256GB with Xiaomi using UFS 3.1. The phone runs MIUI 12 based on Android 11. It also comes with Dual Speakers with Dolby Atmos and Dual Bluetooth Audio supported. There’s no 3.5mm headphone jack on this phone either. It also includes three microphones for noise cancellation.

Connectivity and navigation options are the same as the Mi 11X as well. However, Bluetooth support is v5.2, while it also includes WiFi 6 support.

Shah Rukh Khan returns to screen in a double role, fans say ‘you are a sight for sore eyes’, watch video