Samsung Galaxy S10 series was introduced this week. There are some features of the Galaxy S10 series, which are worth highlighting, including a new dedicated NPU, the upcoming 5G variant and Wireless PowerShare feature. 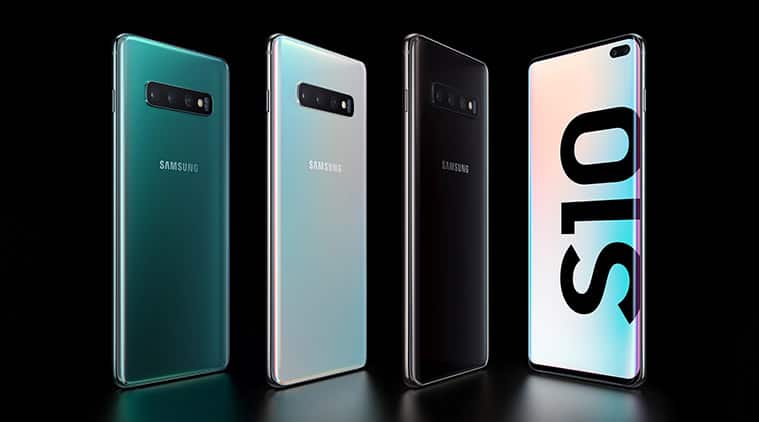 Samsung Galaxy S10: Some other features of the phones include a dedicated NPU, Wireless PowerSharing, etc.

Samsung Galaxy S10 series was introduced this week, and while there’s a lot of focus on the triple camera and the ‘Infinity-O’ display. But there are some features of the Galaxy S10 series, which are worth highlighting, including a new dedicated NPU, the upcoming 5G variant and Wireless PowerShare feature. Here’s a look at Galaxy S10 features you might have missed.

Samsung Galaxy S10 is the first Galaxy phone from the company to come with a dedicated Neural Processing Unit or NPU. This is something we have seen on phones from Huawei like the Mate 20 Pro and its Kirin 980 processor, which had a separate NPU. Then Apple’s iPhone XS comes with the A12 Bionic chipset, which has an eight-core Neural engine.

In Samsung’s case, the company has said that thanks to the NPU, the camera’s Scene Optimizer feature can “recognise and more accurately process additional scenes.” There’s also a Shot suggestion feature, where the “Galaxy S10 offers automatic composition recommendations” to help users frame their photos better.

Samsung has not highlighted the other ways in which this NPU is being utilised by the Galaxy S10, but it looks like it is helping the camera improve its artificial intelligence (AI) related functions. Scene Optimizer in the Samsung camera settings relies on AI to identify an object, which the user is clicking, and then automatically adjust the settings for that.

This is probably one of the most interesting features of Galaxy S10, and the company is calling this Wireless PowerShare. Basically other Qi-certified smartphones and even compatible wearable devices could be charged by simply placing them on the Galaxy S10.  We have see Huawei offer reverse wireless power charging as well with its Mate 20 Pro series.

In Samsung’s case, the company says that the phone will capable of charging itself and a second device simultaneously via Wireless PowerShare, while it is connected to a regular charger.

Samsung also announced its Galaxy Buds wireless earphones, which could be charged by placing them on the S10. The feature will ensure that users do not have to lug around too many charging cables. Galaxy S10’s Wireless PowerShare will allow other Qi-certified smartphones and even compatible wearable devices to charge by placing them on the new Samsung phone.

Galaxy S10 also comes with Intelligent Wi-Fi, which Samsung says will ensure that the phone seamlessly switches between Wi-Fi and LTE. The phone will also warn users of connecting to risky Wi-Fi connections.  The new Samsung phones come with support for the new Wi-Fi 6 standard, which makes better performance possible when connected to a compatible router. Samsung Galaxy S10 5G will have a 3D sensor as the back and front as well.

Samsung Galaxy S10 will also have a 5G variant. This will be called Galaxy S10 5G and it comes with some hardware changes. For one, the Galaxy S10 5G has a bigger 6.8-inch Infinity-O Display. It also comes with Samsung’s own 3D Depth Camera at the back and front for 3D-image capturing. Samsung says this Time of Flight (ToF) 3D sensor will power ‘Video Live Focus’ and Quick Measure features.

The 5G phone also has a bigger battery at 4,500mAh with Super Fast Charging at 25W. This variant does not come with a microSD slot, and it comes only in 8GB RAM and 256GB storage. The phone will be sold with Verizon Wireless in the US first and goes on sale in the first half of 2019.