Vivo’s iQoo 3 has officially been revealed for India with a starting price of Rs 36,990, though the 5G variant will cost Rs 44,990. (Image source: Hansa Verma/Indian Express)

Samsung Galaxy M31, iQoo 3 Launch Price, Specs LIVE updates:  iQoo, which is a new brand from vivo, has launched its iQoo 3 flagship phone, which will be powered by the Snapdragon 865 processor and is a 5G-ready device. The iQoo 3 starts at Rs 36,990 and goes up to Rs 44,990 for the 5G only variant.

Read our full review of the Samsung Galaxy M31 here

The Galaxy M31 comes with a 64MP triple camera at the back and a big 6000 mAh battery. Samsung had previously introduced this on the M30s. The M series is the budget friendly one from Samsung. It will go on sale on Amazon India from March 5, and also be made available on Samsung eStore and other Samsung retail stores. The phone starts at Rs 14,999 for the base 6GB RAM and 64GB version, while 6GB RAM and 128GB version will cost Rs 15,999.

The Samsung Galaxy M31's price has been revealed by the company. The phone will start at Rs 14,999 for the 6GB RAM and 64GB storage version. There's also a 6GB RAM and 128GB version at Rs 16,999. The Galaxy M31 has a 32MP selfie camera with a slo-motion video for front camera as well, support for 4K recording and AR doodle and AR Emoji feature  from Samsung. It comes with a 6000 mAh battery and 15W fast charging. The phone runs the Samsung Exynos 9611 processor and this is a dual-SIM phone. The phone has LPDDR4 RAM, and it also includes a microSD slot with up to 512GB support.

Here's everything you need to know about Samsung Galaxy M31

Here's everything you need to know about iQOO 3 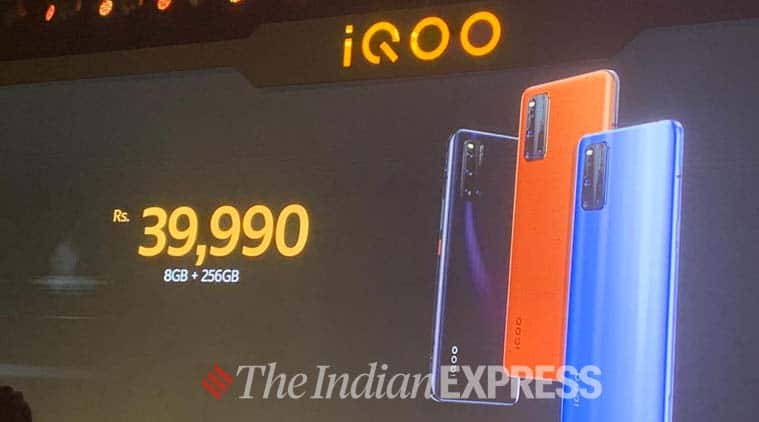 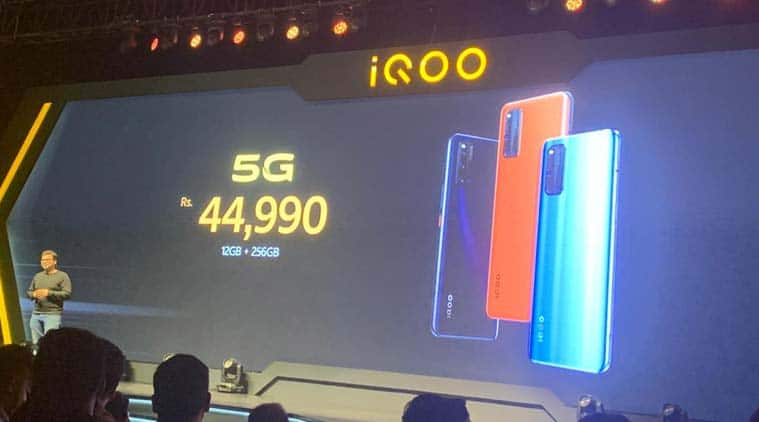 The phone has pressure sensitive buttons on the side panel to reduce pressure on the thumb. There’s an L-shaped cable charger and 4D gaming vibration to support different vibrations for different sounds and a 180Hz touch response rate.  It also comes with Multi-Turbo mode with Center Turbo and AI Turbo for improvements while playing games.

The phone will come Black, an Orange and a Blue colour option. iQOO 3 will be a 5G ready smartphone. It comes with 55W super flashcharge technology that is claimed to charge the phone up to 50 per cent in just 15 minutes.  The display is 6.4-inches, this an AMOLED display. The display is HDR 10+ ready.

iQOO 3 is powered by Snapdragon 865 processor. The processor is tremendous improvement over Snapdragon 855, says Sachin Kalntri, Senior Director, Product Marketing at Qualcomm India who is also on the stage. The processor is coupled with Adreno 650 GPU. The graphics performance is said to increase up to 25 per cent, while the power consumption is 35 per cent lower. 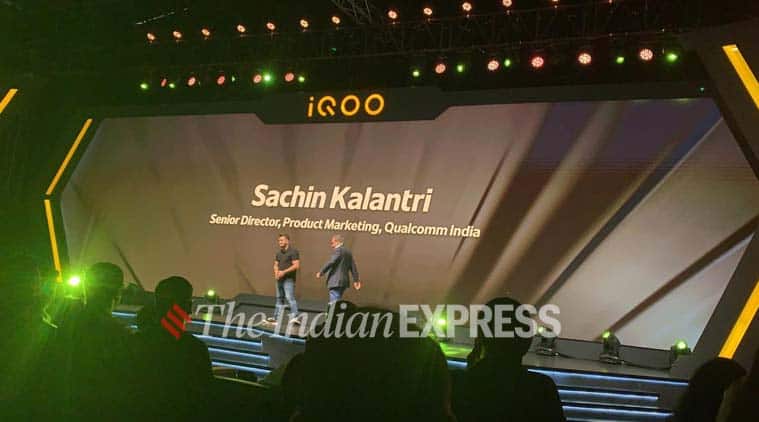 What will be the price?

The price will be the major question for the iQoo 3. Realme X50 Pro 5G starts at Rs 37,999 and goes up to Rs 44,999. Given the iQoo phone is also a 5G phone, the price will be closely watched. After all the phone comes with flagship like specifications, and boasts of a high-end performance driven by the Snapdragon 865 processor. Will iQoo undercut Realme and price this under Rs 35,000?

iQoo's director of marketing Gagan Arora on stage to talk about the new phone. He says iQOO 3 has the highest score on Antutu benchmark tests, though of course, as we all know that's not really all it takes when it comes to performance on a smartphone. The phone has the latest Snapdragon 865 processor. The iQOO brand is all about quest and to outperform ourselves,  Arora says. The brand is inspired by millennials and it stands for I quest on and on, according to the company. 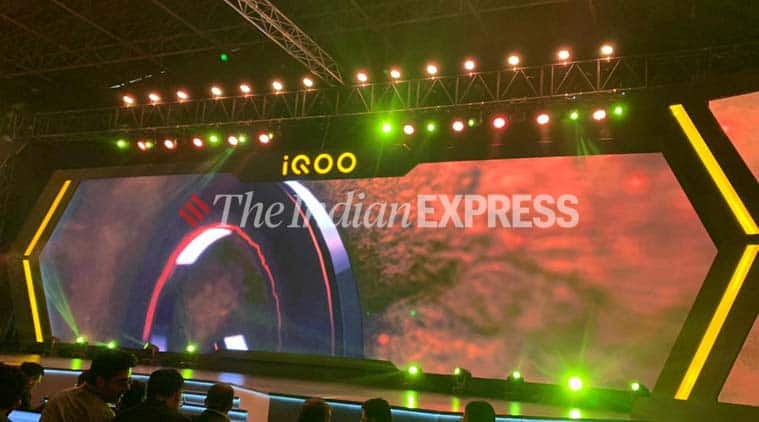 iQoo 3's launch event has begun.  The event is taking place in Mumbai. 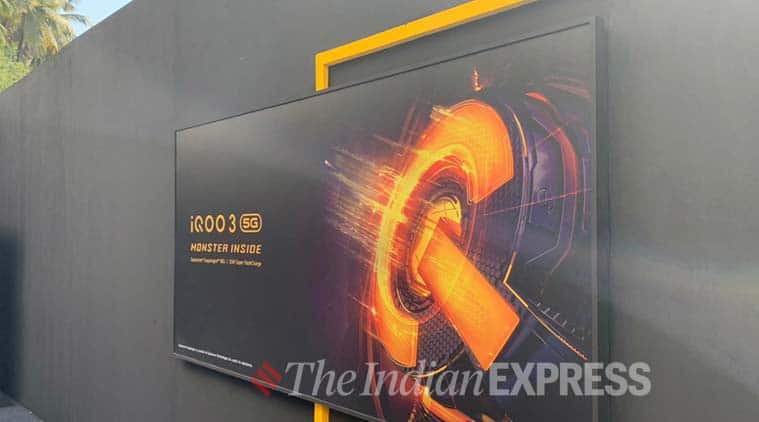 iQoo 3 is a flagship-level phone, one that will challenge the OnePlus series, the recently launched Realme X50 Pro 5G along with other phones which will come in a similar price bracket. iQoo is a new brand entering the Indian market and it has been touting how this will be the first phone powered by the Snapdragon 865 processor to launch in India, though Realme has officially beaten it by a day. The phone will also be 5G ready, which is another similarity with the Realme device. The iQoo 3 will come with 55W FlashCharge and a big 4440 mAh battery. iQoo 3 will likely sport a triple camera at the back.

Samsung has already revealed quite a few details about this phone, which includes the camera. The main camera is 64MP, along with an 8MP ultra wide camera, a 5MP depth sensor and a 5MP macro camera. The camera has an LED flash as well. Based on the images shared on Amazon India, the camera module is quite prominent and in a rectangular shape.  The front camera will be 32MP, according to reports. Samsung is yet to confirm this. 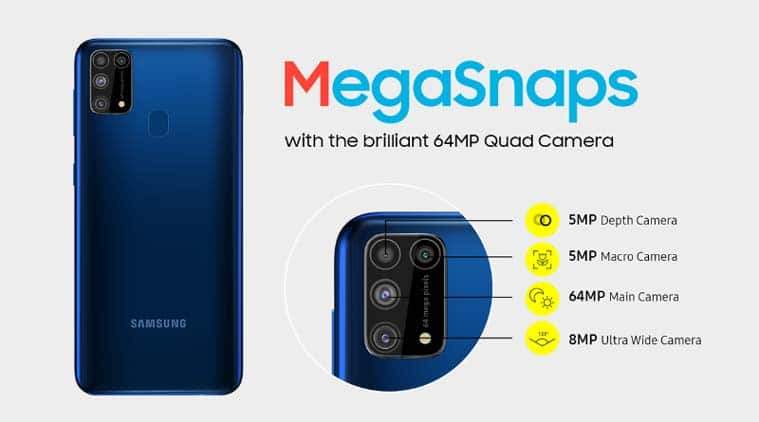 iQoo 3 livestream: How to watch the event

iQOO will livestream the launch event on its official website iqoo.com, on its social media handles and also on Flipkart.  The YouTube link for the event is now live.  iQoo is a new brand in India. It launched as a sub-brand of vivo in China last year. The iQoo 3 is being touted as a flagship phone, one which will offer the latest Qualcomm Snapdragon 865 processor for the Indian market.

Samsung's Galaxy M31 will go on sale on Amazon India. The website has a  dedicated banner running for the launch, which will take place at 1 pm. Samsung will reveal the price and RAM+storage combination for the phone. According to reports, the Galaxy M31 will come with 6GB RAM and 64GB or 128GB storage on board. Read more on how to watch livestream here.

The Galaxy M31 has a gradient back finish, a rear-mounted fingerprint sensor and four cameras at the back. The camera at the back includes a 64MP main camera, an 8MP ultrawide camera, a 5MP macro camera, and a 5MP depth camera. The Galaxy M31 will have a Super AMOLED Infinity-U display and a a big 6,000mAh battery. The phone will run Android 10 with One UI 2.0 on top. The processor is expected to be Samsung's own Exynos 9611. The phone will likely have a 32MP front camera for selfies.