Remember Firefox OS? Nokia Asha? Here are some of the biggest platforms that failed in the Indian market Reliance Jio plans to make an advanced feature phone, and get this user base onto its network and services. (Representational Image. Source: Reuters)

For sometime, there have been reports in the media that Reliance Jio will start offering 4G-enabled feature phones in the country. Apparently, there will be two models priced between Rs 999 and Rs 1,499. Both feature phones will come loaded with Jio’s services. It is said Reliance will target the rural and tier-III markets, and thus it plans to offer affordable, 4G feature phones. These are not to be confused with 4G smartphones.

Even if Reliance Jio’s upcoming feature phones are 4G-ready and run its own services, they will not be able to match a basic smartphone powered by Google’s Android OS. Let’s be clear: a feature phone is no substitute for a smartphone; the latter lets you browse the internet on a large screen, watch videos and movies, run apps and games and takes care of all your selfies, which a feature phone can’t do.

Also read: Do we really need a 4G phone for Rs 1500, but can’t offer a good experience? Naah

Reliance’s idea is to make an advanced feature phone, and get that feature phone subscriber base. After all Jio’s network is only 4G VoLTE in India, and thus it is targeting that segment who are still on feature phones.

But in the past, several companies have tried to sell budget phones with limited features and capabilities in India. Most of them have failed terribly at it.  The“value for money” option is something that hasn’t always convinced buyers, despite the large number of feature phone users in India. Remember Firefox OS, the Nokia Asha series? Here’s a look some of the biggest budget phone ideas, which failed in the Indian market.

It was in 2014 when Intex first launched a smartphone powered by Firefox OS. At Rs 1,999, the phone was comfortably within the budget of millions, and yet it failed badly. Soon, Spice, Alcatel OneTouch and Zen Mobiles launched smartphones powered by Mozilla’s Mozilla Operating system (OS). The phones were specially targeted at the affordable segment and first-time smartphone buyers. Firefox’s Mozilla OS was a failed attempt to tap the low-end smartphone market.

In December 2015, Mozilla gave up the development of the OS. There are several reasons why a Web-based OS failed to make any mark on the Indian smartphone market. The phones made by Intex and other manufacturers were sold with dated hardware specifications. Plus there was no clear differentiating factor, which made these devices stand out in the crowded feature phone market.

Nokia was once the leader in the mobile phone market, with company dominating in the Indian market. Still, Nokia failed to make any significant progress with the Asha range. A number of phones were launched under the Asha lineup targeted at the entry-level market. The Asha range was pitched as an alternative to Google’s Android OS.

In 2013, Nokia made a revamp of the Asha platform in an attempt to push its low-end phones with internet capabilities in a market like India. The Asha 500, 502 and 503 were pitched as alternatives to Android-powered phones in terms of capabilities and even featured application support.  Although the platform had apps, the quality and functionality was not par with smartphones powered by Android.

Even though Samsung is the leader in India’s smartphone marker, its own operating system has received a cold response from consumers. The company’s own Tizen OS has struggled to prove an alternative to Google’s Android. Samsung’s Tizen OS has struggled to prove an alternative to Google’s Android.

Samsung has not been able to convince developers to make apps for the platform. The South Korean technology giant is selling Tizen-powered smartphones in a few markets, with a major focus on India and Bangladesh. But the future of Tizen OS on smartphones is still unknown.

Google’s intention behind the Android One program was to target the entry-level consumers in the Indian market. For this project, Google had partnered with three top-ranked regional handset players namely Micromax, Karbonn and Spice in 2014. 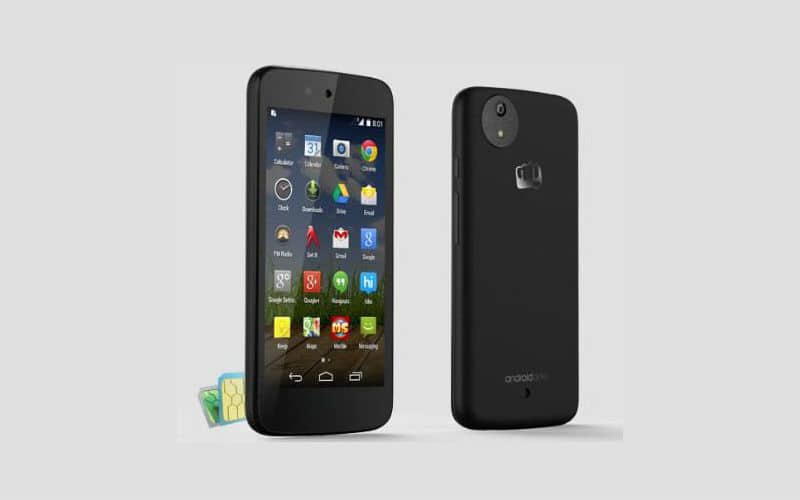 Google’s very own Android OS program was unable to create any mark in the affordable segment.

The plan was that Google would provide a hardware reference design to handset makers and also control over-the-air software updates. The Android One phones offered a bloatware-free software experience at budget pricing. But, despite spending millions of dollars on ad campaigns, the Android One program was a big failure. Many assume it failed to take off due to the specifications of the smartphones, which didn’t match up to what the competition was offering.