Redmi Note 8, Redmi Note 8 Pro, Redmi TV, Redmi Book 14 Launch Highlights: Xiaomi’s Redmi brand has launched the Redmi Note 8 and Redmi Note 8 Pro smartphones, which is a part of its new Note 8 series, at an event in Beijing, China. RedmiBook 14 laptop and 70-inch Redmi TV have been launched by the company as well. 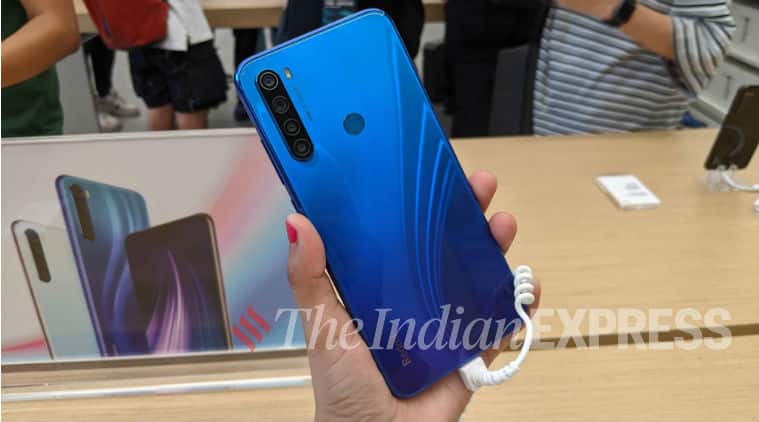 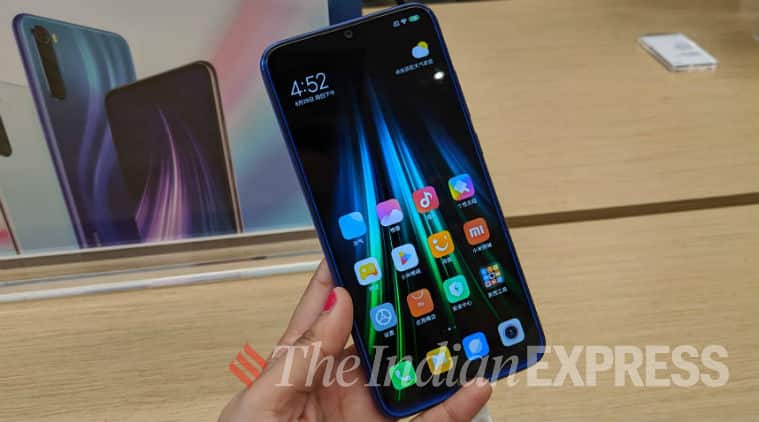 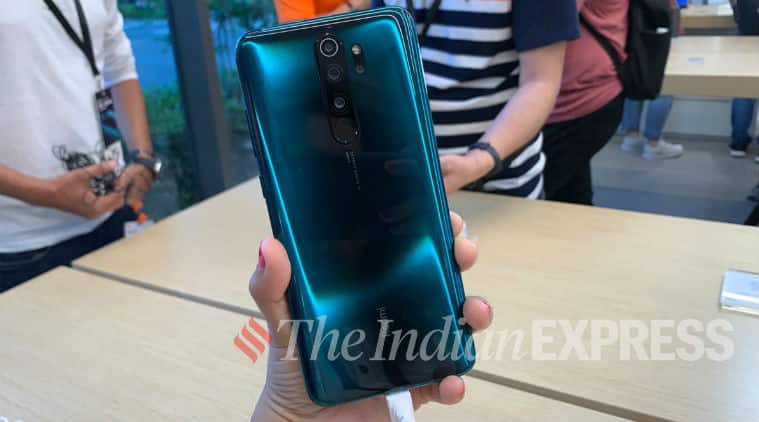 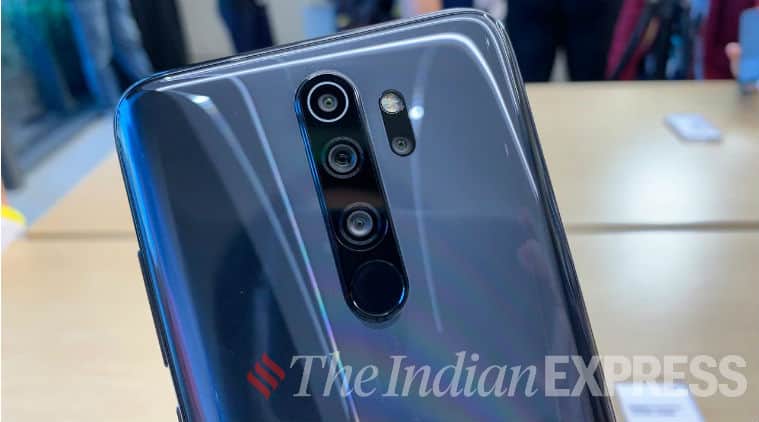 Here's a first look at the RedmiBook 14: 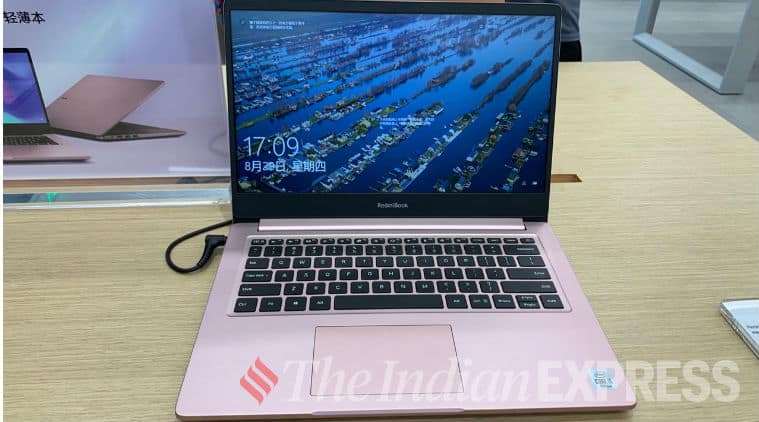 Redmi TV with 70-inch screen, ultra-thin bezels also launched. The TV can be wall mounted and placed on stand either. Redmi TV is 4K HDR and supports Dolby Atoms audio as well as DTS HD. It supports three HDMI ports, two USB ports and WiFi dual band connectivity. The TV comes with 2GB RAM and 16GB storage. The TV will connect with other Xiaomi smart devices as well via an IoT control page on the TV. The price is 3799 yuan, which is around Rs 38,000 on conversion. 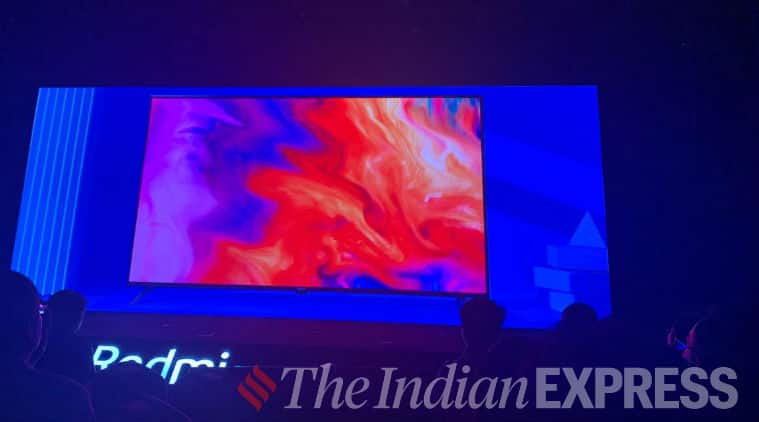 RedmiBook 14 with Intel core i7 10th-gen launched: Here are the prices 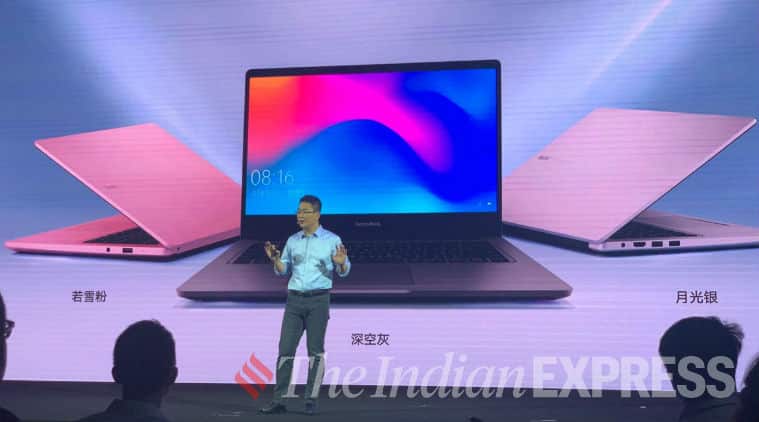 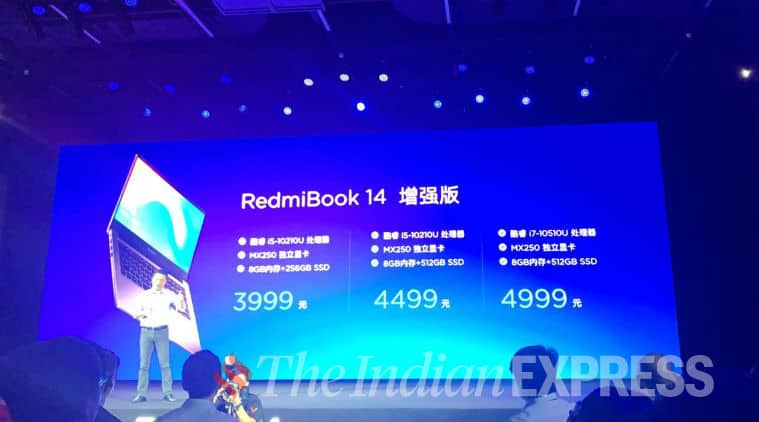 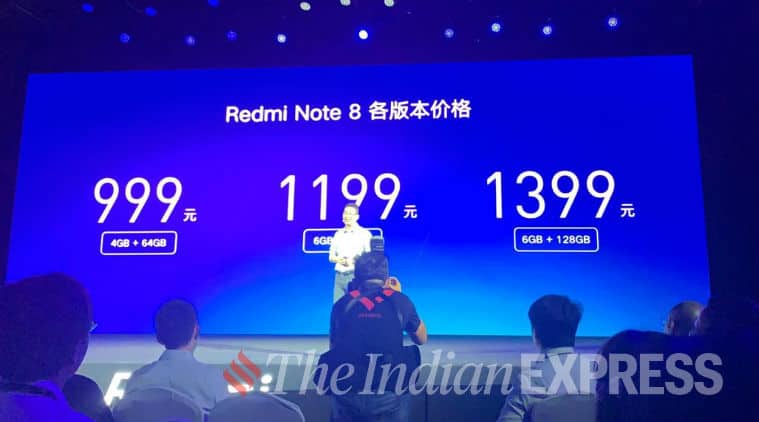 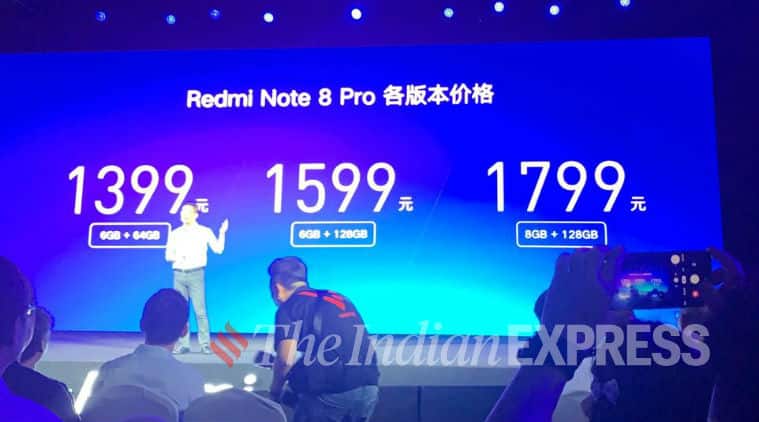 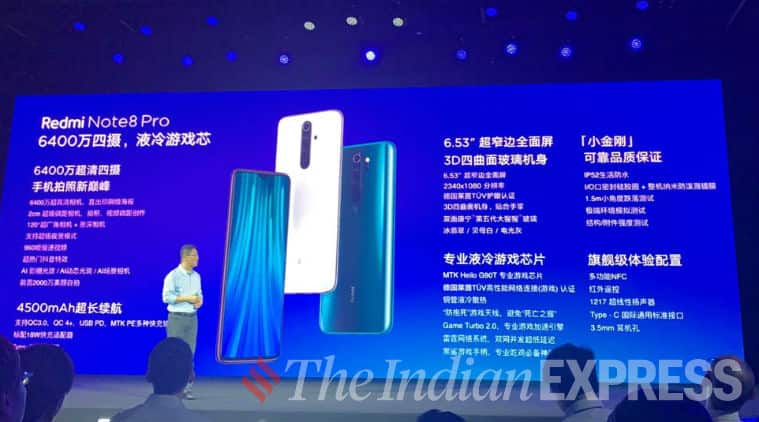 Xiaomi has also launched a World of Warcraft edition for Redmi Note 8 Pro. 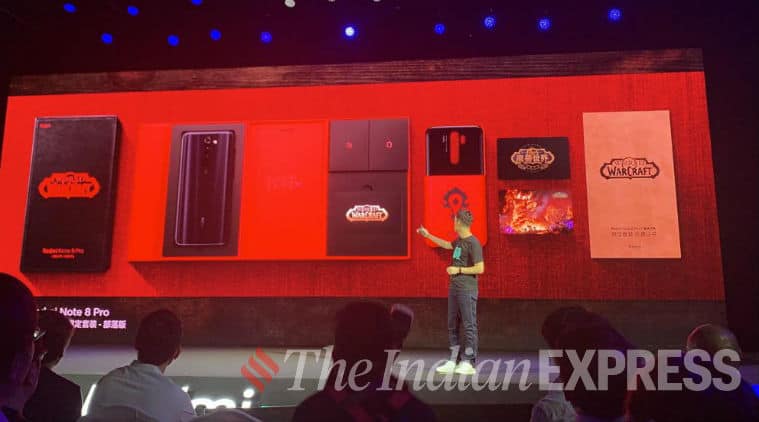 Redmi Note 8 Pro comes with certification from Tüv Rhinelandfor high network connection performance for gaming. The phone has gaming-related optimisation. The company also showcased game controller Redmi Note 8 Pro as well, which will cost 179 yuan. However, it will be available at a discount of 99 yuan for early buyers. Xiaomi says it has worked with the Black Shark team for the game controller. 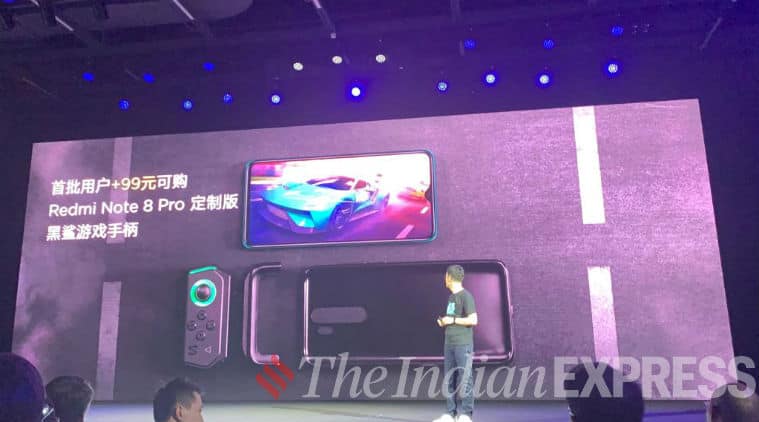 Redmi Note 8 Pro runs the Mediatek G90t gaming chipset and supports liquid cooling for heat dissipation. Xiaomi compared Redmi Note 8 Pro with Honor 9x Pro from the inside, showing off the copper tube inside for cooling. 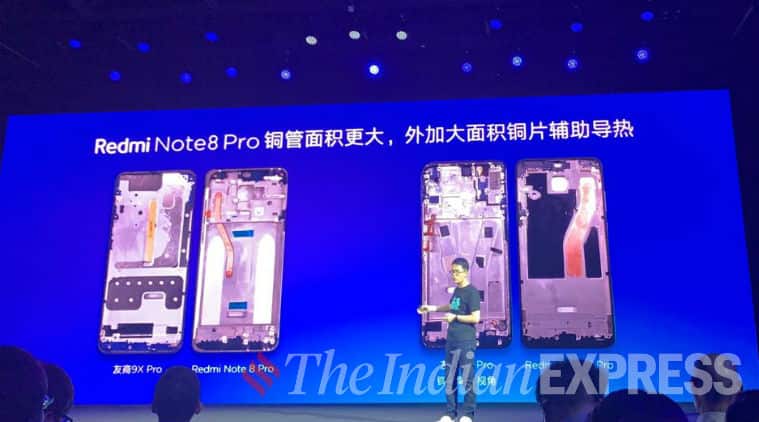 In addition to 64MP main camera sensor at the back, the rest of the three sensors are the same as Redmi Note 8 including 8MP ultra wide-angle lens, 2MP macro lens, and 2MP depth-sensing lens for portrait. 960 FPS slow-motion video is supported as well. The front camera is 20MP. Xiaomi has partnered with Tik Tok in China. Tik Tok Videos are incorporated in the Xiaomi camera option and one can create Tik Tok and share on the app. 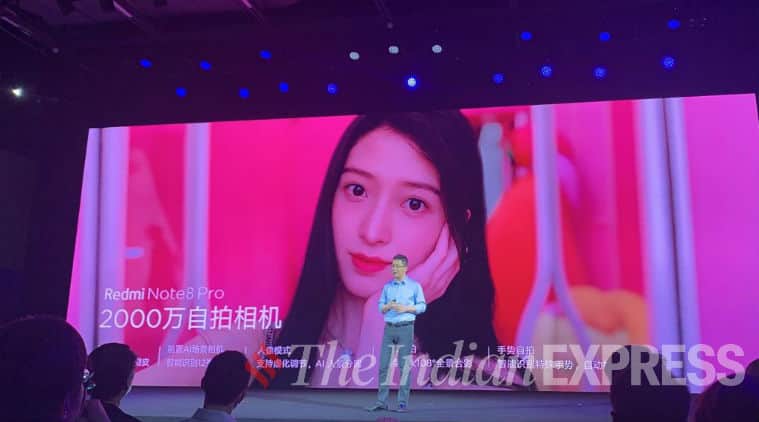 Redmi Note 8 Pro will have a 64Mp camera, which is the highest resolution on a phone camera, claims Xiaomi. The quality of photos is not decided by the number of pixels alone. The image sensor is f/1.7, which is bigger and allows for better photos, claims the company. 9248x6936 is the maximum resolution at which this can shoot. 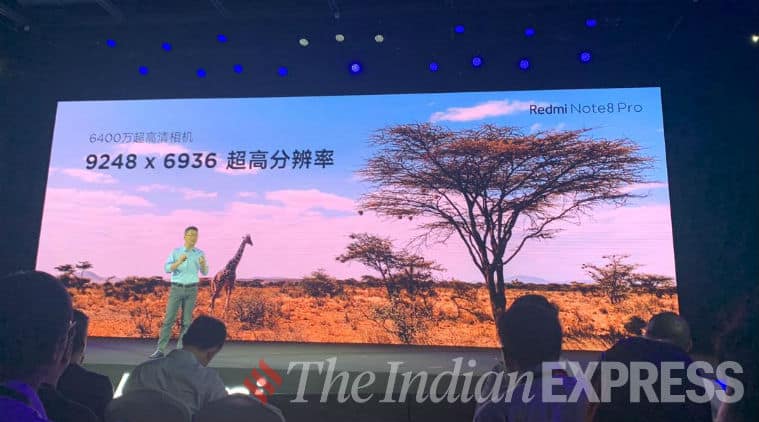 Xiaomi Redmi Note 8 Pro features a 6.53-inches display with a 91.4 per cent screen-to-body ratio. The fingerprint scanner is just below the camera setup. 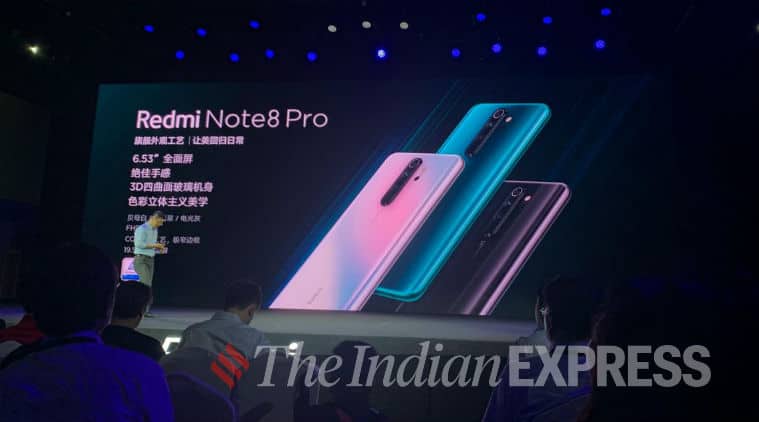 Xiaomi Redmi Note 8 Pro sports a 3D curved glass display. The phone comes in a new Jade Green colour as well. The back has a textured finish, which the company is calling diamond cut grade texture. There is also a new white colour for Redmi Note 8 Pro, which reflects seven rainbow colours as the light hits the back. Different layers are compressed to get this back colour design. There’s also a grey colour. 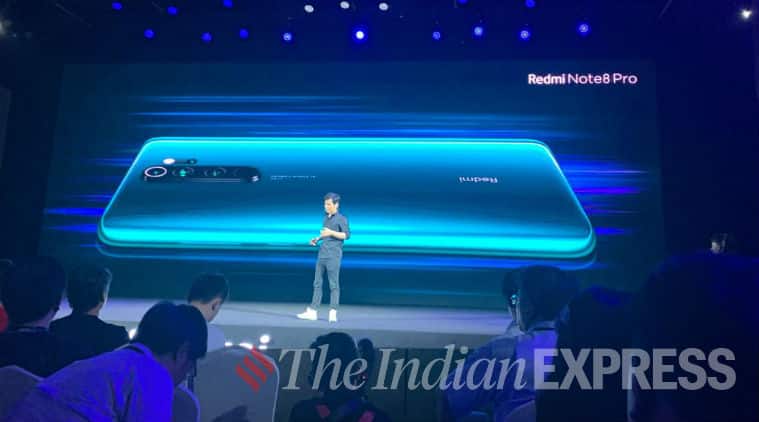 Xiaomi now talking about Redmi Note 8 Pro. The company says the phone is positioned differently. Redmi Note 8 Pro has a completely different design, flagship-like performance, specs. It has been made to be a flagship. 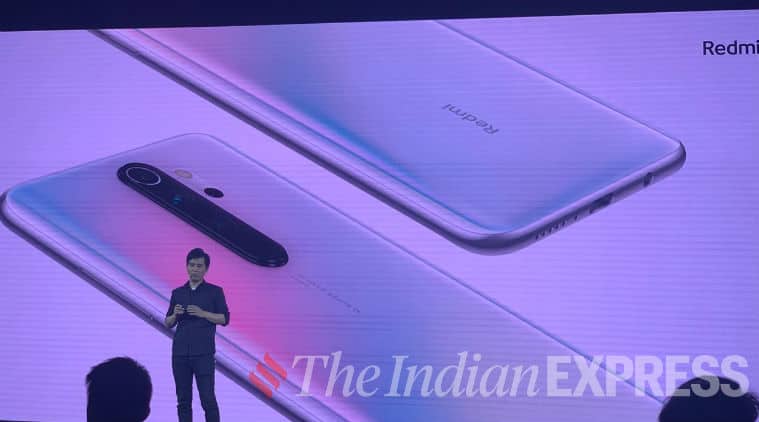 Redmi Note 8 vs Redmi Note 7: Here are the differences 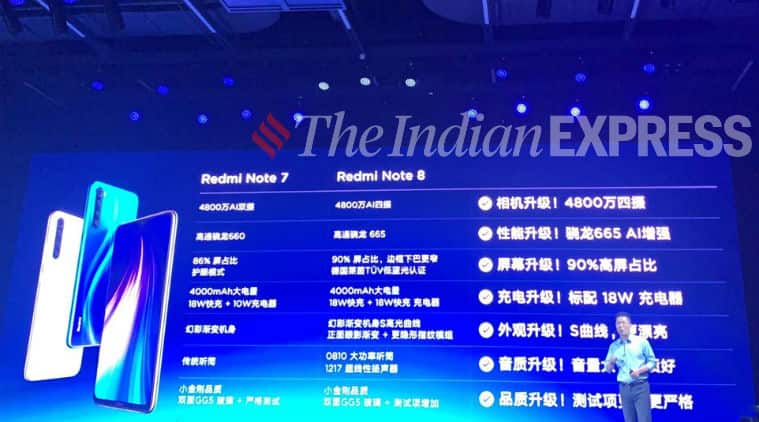 Redmi Note 8 is powered by the Qualcomm Snapdragon 665, which is said to reduce power consumption. Redmi Note 8 is backed by a 4,000mAh battery and supports 18w fast charging. It uses a USB Type-C port.  The speakers are said to be 40 per cent louder, thanks to Smart PA technology.  Redmi Note 8 is also splash-proof and dust-proof. The phone has dust prevention nets to ensure that speakers don’t collect dust. 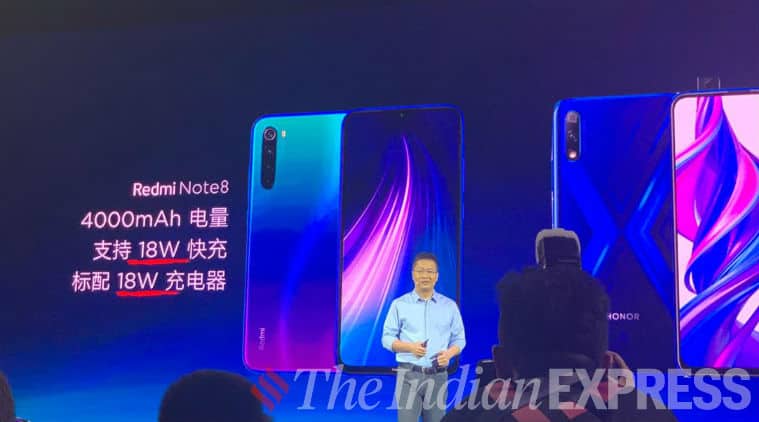 Xiaomi Redmi Note 8 is powered by a Snapdragon 665 processor and is backed by a 4,000mAh battery with support for 18W fast charge. Apart from the Note 8 series phones, the company is also expected to unveil a new RedmiBook laptop and Redmi TV as well.