Realme X3 SuperZoom sports a 6.6-inch full HD display with a resolution of 1920×1080 pixels and support for 120Hz refresh rate. It is powered by the Qualcomm Snapdragon 855+ processor. It comes with 12GB RAM along with 256GB of internal storage. It runs Google’s Android 10 operating system with the company’s own Realme UI on top. All of this is backed by a 4,200mAh battery with support for 30W fast charging technology. The device sports a quad camera setup consisting of a 64MP primary sensor paired with an 8MP periscope lens, an 8MP ultra-wide-angle lens and a 2MP macro lens. The rear camera supports 60x SuperZoom capabilities. On the front, it features a dual camera setup consisting of a 32MP primary sensor along with an 8MP ultra-wide-angle lens.

Here's a look at how Realme Buds Q were designed

Here's a look at a video explaining how Realme designed its latest Buds Q in partnership with Jose Levy.

Here's a look at all of the products Realme launched today, their prices and availability details Just like the Realme X3, this will also be made available in India on June 30 at 12 PM on realme.com, Flipkart and Amazon. The device will be made available in India on June 30 at 12 PM on realme.com, Flipkart and Amazon. Realme Buds Q are priced at Rs 1,999 and will be made available starting July 1 on Amazon, Flipkart and the company's own website.

Realme Adventurer backpack is priced at Rs 1,499 and will be made available starting July 1 on realme.com, Amazon and Flipkart.

It runs Google’s Android 10 operating system with the company’s own Realme UI on top. All of this is backed by a 4,200mAh battery with support for company's own 30W Dart Charge technology.

Realme Product Manager, Nidhi Bhatia has taken the stage to talk about the new Realme X3 and the Realme X3 SuperZoom.

Realme X3 SuperZoom's USP is its 60x SuperZoom camera, which is achieved with the help of the 8MP periscope camera module. It will be offered in two colour options: Glacier Blue and Arctic White.

Realme X3 SuperZoom comes with a Starry Mode, which utilises both the hardware and software to help users take amazing images of a starry sky. With Nightscape 4.0 feature, the company has added a Pro Nightscape mode, which lets users set all of the variables manually. A number of improvements have been made to the Nightscape feature of the camera. Just after showcasing the Realme Buds Q, the company showcased the new Realme Adventurer backpack. It comes with a number of new features like increased space, better straps and more, which the company states its customers were asking for.

Realme Product Manager, Shree Hari took the stage to launch the company's third pair of truly wireless earphones, Realme Buds Q, in India. The new product has been designed by Jose Levy from the Realme Design Studio. The Buds Q will be made available in Quite Black, Quite White and Quite Yellow colour options. The company claims that the Buds Q have a 20 hour total battery life.

It comes with support for Bluetooth 5.0 and features an IPX4 rating for water resistance. Realme has introduced a new dual-engine strategy, which will be smartphones and AIoT products. This strategy is also called 1+4+N, which means one core product, four smart hubs and N AIoT products. The company will soon launch a number of AIoT products in the country. 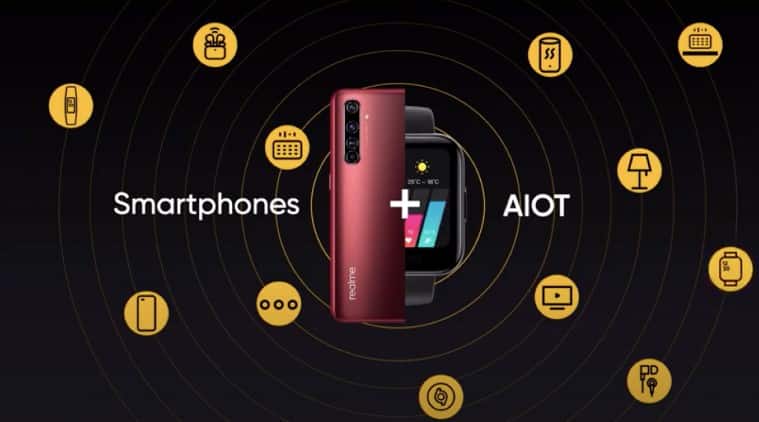 Realme X3 series launch event started, with Madhav Sheth taking the stage to kick off the launch event. He has started the presentation by providing the viewers details about the company's achievements of the previous year.

The company has started the launch event livestream and is currently showing adverts for a number of its products, like Realme Narzo series, Realme 6 Pro and more. The pre-recorded event will start at 12:30 sharp, so stay tuned to the livestream.

Realme X3 series event to start in under 30 minutes

Realme will be commencing its today's launch event at 12:30 PM. At the online-only event, the company will be launching two smartphones: Realme X3 and Realme X3 SuperZoom along with its third pair of truly wireless earphones: Realme Buds Q. To watch the event live, you can head over to the company's official YouTube channel, Facebook page or Twitter handle. What would be the price of Realme X3 SuperZoom?

In Europe, the Realme X3 Superzoom retails for €499 (Rs 42,465). However, we expect Realme to launch the smartphone in the vicinity of Rs 32,000. That's a fair price for a phone that features the last flagship-class chip Qualcomm Snapdragon 855+ chipset.

Due to the COVID-19 pandemic, the company hosted an online-only event, which began at 12:30 PM IST. The company streamed the event live on its official YouTube channel, Twitter handle and Facebook page. In addition to Realme X3 series the company has also launched its third truly wireless earbuds in India, called Realme Buds Q.