Realme 5s is an upgrade to Realme 5 and the new phone has a 48MP quad rear camera setup instead of 12MP on Realme 5. In addition to Crystal Blue and Crystal Purple colour options, which are also available for Realme 5, the Realme 5s will also be available in Crystal Red colour variant.

Realme X2 Pro was launched in China earlier this year. The phone has a 6.5-inch FHD+ Super AMOLED display with 90 Hz refresh rate. It comes with four cameras at the back where the primary sensor is 64MP along with a 13MP ultra-wide sensor, an 8MP macro sensor, and a 2MP depth sensor.

The 50W VOOC Flash Charge technology is said to charge the phone fully in about 35 minutes. The 50W charger will come inside the box, which means users will not have to buy it separately.

The 8GB RAM and 128GB ROM variant of Realme X2 Pro will cost Rs 29,999, while the 12GB RAM+256GB storage option will cost Rs 33,999 respectively. The phone will be available by special early access sale, which is invite-only. It can be bought via Flipkart, Realme's own website and offline retail stores. Realme 5s will cost Rs 9,999 for the 4GB RAM and 64GB ROM option. The 4GB RAM and 128GB storage model is priced at Rs 10,999. The first sale will be held at 12 noon on November 29 on Flipkart, Realme's own website. The phone will be available via offline retailers as well. Realme 5s has been introduced in three colours, two of which are available in the Realme 5. In addition to Crystal Purple and Crystal Blue, Realme 5s will also be available in Crystal Red colour option.  The device keeps the crystal back design. Realme 5s comes with an upgraded 48MP quad-camera setup on the back. Realme 5s is powered by the Qualcomm Snapdragon 665 processor and is backed by a 5,000mAh battery. 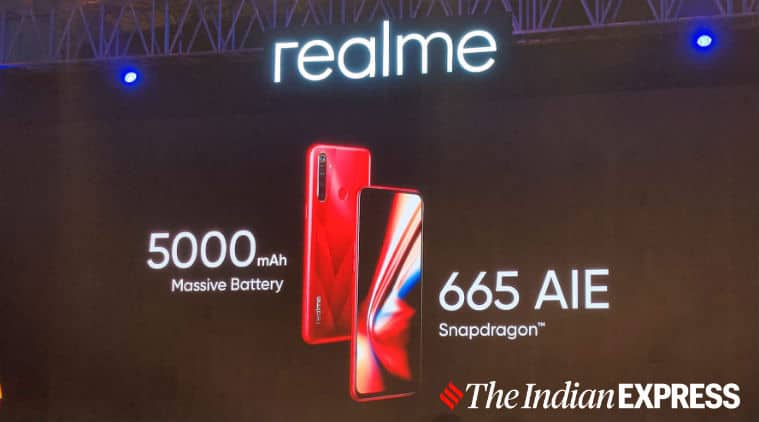 Realme X2 Pro comes with a 64MP quad cameras setup on the back with 20x hybrid zoom. The device comes with a 64MP primary sensor, paired with a 13MP telephoto sensor, an 8MP macro sensor and a 2MP depth sensor. The camera comes with features like ultra wide-angle mode, realtime video bokeh and 960 fps slo mo video. Realme X2 Pro doesn't feature a motorised pop-up front camera like Realme X. Rather, it comes with Minidrop-style notch to accommodate the camera. The device comes with an in-display fingerprint sensor, which according to the company can unlock in 0.23 seconds. It is powered by the Qualcomm Snapdragon 855 processor paired with UFS 3.0 storage along with up to 12GB RAM. For games, Realme X2 Pro comes with a vapour cool chamber for cooling. It has precise tactile engineer motors and Dolby Atmos dual speakers. Realme is adding a new feature for gamers called, Photo Realistic photo, which makes the games look much better and near to life.

The Realme X2 Pro will be made available in two colour options: Neptune Blue and Lunar White. Realme X2 Pro comes with a sapphire glass encasing for the rear camera along with a metal build. The display is 6.5-inches in size. It comes with a refresh rate of 90Hz. The display features hardware DC dimming technology and hardware blue light reduction. It supports HDR 10+ rating too. 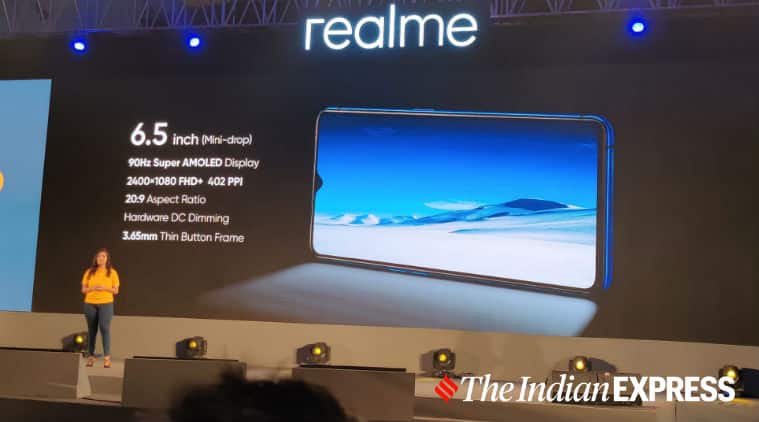 Realme claims that it will be the first smartphone brand to bring 5G to India in 2020. More details will be provided at the Mobile World Congress (MWC) next year. Realme claims to be the fastest growing brand globally. It also states that it has become the seventh global smartphone brand and has gained the number 3 position in India. Realme X2 Pro has four cameras at the back, where the main sensor is 64MP Samsung ISOCELL GW1 sensor along with an 8MP ultra-wide sensor with 115-degree field-of-view, 13MP sensor with 20x zoom and 5x hybrid optical zoom, and a 2MP Portrait lens. The front camera is 16MP with HDR and AI Beautification.

Realme X2 Pro was launched in China earlier this year. It comes with a Snapdragon 855+ processor and up to 12GB RAM. The phone supports 50W Super VOOC Flash Charge technology and packs 4,000mAh battery. It has a 6.5-inch Super AMOLED screen with refresh rate of 90Hz.

Realme X2 Pro, Realme 5s will launch at an event in New Delhi, which will start at 12:30 pm. The event will be streamed live via the Realme India YouTube channel. We will also be bringing live updates from the event.

Realme 5s is the successor to Realme 5, which was launched in India in August this year. The specifications are similar, though 48MP quad cameras will be a major upgrade as the previous phone comes with a 12MP quad camera setup at the back. Apart from this, Realme 5s will pack a Snapdragon 665 processor and 5,000mAh battery. The phone will sport a 6.51-inch HD display.