The Realme Narzo 30 has been launched for RM 799, which is approximately Rs 14,160 in India. The device is expected to launch in the Indian market too. 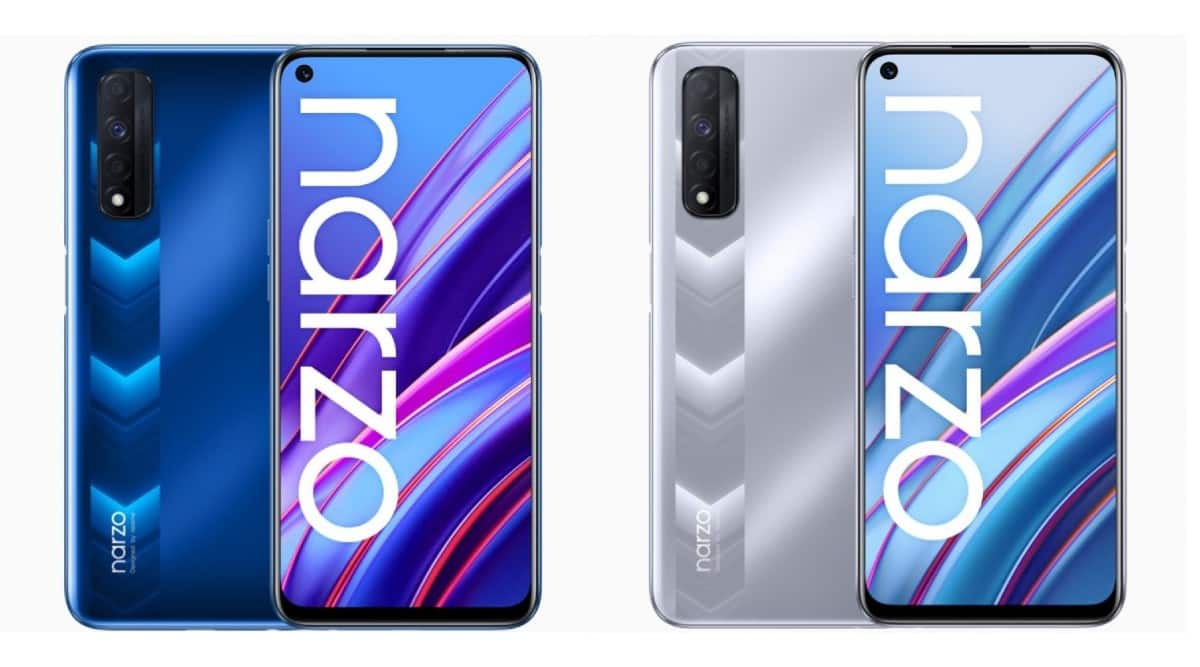 Realme Narzo 30 has launched in Malaysia. The device is expected to launch in India too. The company’s CEO Madhav Sheth recently confirmed this news in one of the “Ask Madhav” episodes on YouTube, but the exact launch date is still under wraps. To recall, the brand launched both Realme Narzo 30A and Realme Narzo 30 Pro phones in India last month. The Realme Narzo 30 price is set at RM 799, which is approximately Rs 14,160 in India. The mentioned price is for the 6GB RAM + 128GB storage configuration.

Realme Narzo 30 4G comes with a 6.5-inch IPS LCD display with support for full-HD+ resolution, 90Hz refresh rate, and 580nits of peak brightness. The device sports a punch-hole display design, and the cut out is placed on the top-left corner of the screen.

The phone runs the MediaTek Helio G95 processor, which is based on 12nm process. It is backed by ARM Mali-G76 GPU. It runs Android 11 with Realme UI 2.0. At the back of the handset, there are three cameras, including a 48MP primary camera, a 2MP monochrome sensor, and a 2MP macro sensor. One can also shoot 4K videos at 30fps. On the front, there is a 16MP camera for selfies.

The latest Realme phone features a 5,000mAh battery with support for 30W Dart Charge technology. In terms of connectivity, the Realme Narzo 30 4G, GPS, NFC, dual-band Wi-Fi ac, Bluetooth v5.0, and a USB Type-C port. The company has even added a dedicated microSD card slot and a side-mounted fingerprint scanner.

Champions League berth would be ‘massive’ for Liverpool: Jurgen Klopp