Realme GT 2 Pro will feature the new "Paper Tech Master Design". Here's all we know so far about it. 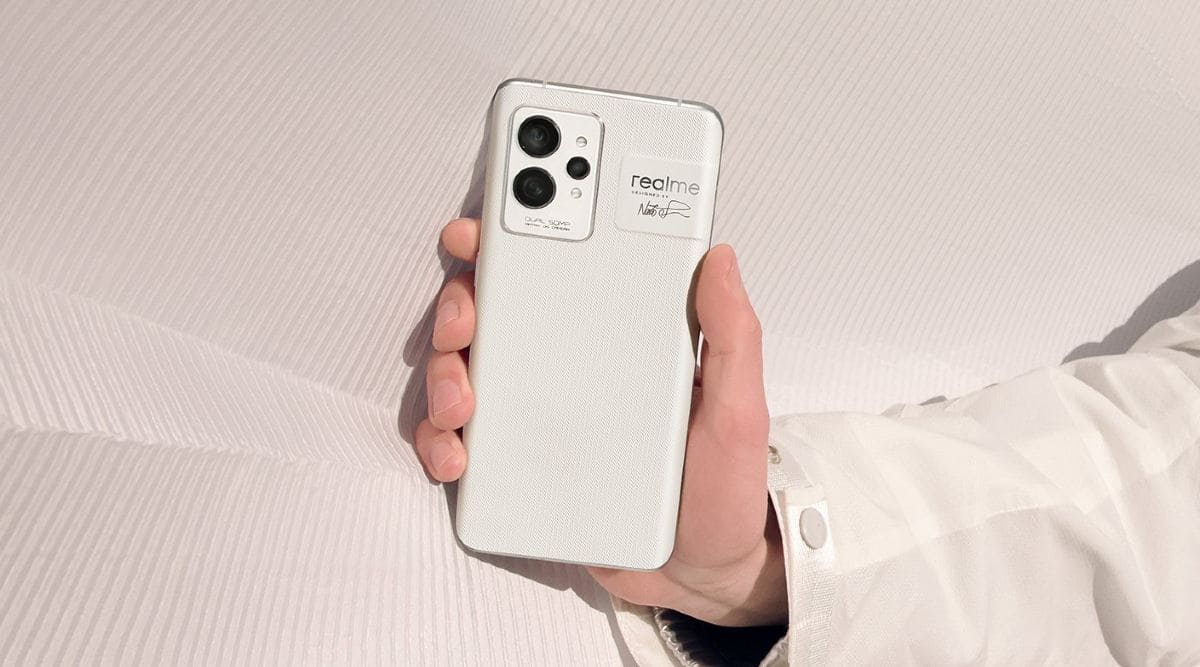 Check out the design of the upcoming Realme GT 2 Pro. (Image Source: Realme)

The Realme GT 2 series is set to launch early in 2022 and ahead of the January 4 launch event, the brand took to social media to reveal the design of the top-end variant of the series, the Realme GT 2 Pro. The images reveal a triple-camera setup on the back and a white back panel with a paper-like pattern.

As Realme calls it, the “Paper Tech Master Design” may also make it to the regular Realme Gt 2, but we don’t know that for sure yet. The company claims that the new design will be more eco-friendly as well.

“Realme believes materials can break design boundaries in all directions. Distinctive product design is essential for all Realme products, but the environment will not be sacrificed in its name. This is where Realme thinks style and sustainability don’t need to be mutually exclusive. Realme believes in the harmony between environment and technology,” the company said in a statement, as reported by Pocket Lint.

Realme GT 2 Pro: What we know so far

The Realme GT 2 series is set to launch on January 4 2022 at 7:30 pm local time, which is 5 pm IST. The series is expected to feature a vanilla Realme GT 2 along with a Realme GT 2 Pro smartphone.

While the company has so far not revealed a lot about the device, it had previously confirmed that the GT 2 Series would feature a bio-polymer material and an ultrawide camera with a 150-degree field of view, A 360° NFC technology is also expected to be part of the feature-set.

The Realme GT 2 Pro is expected to be powered by the new Qualcomm Snapdragon 8 Gen 1 chip, which we may even see on the vanilla Realme GT. Other specifications and features should either be revealed in the coming days or on launch day.

While there remains no official confirmation of international availability of the Realme GT 2 series, we can expect the phone to hit other markets including India in the coming months.

Doctor Strange 2 trailer: Two Benedict Cumberbatchs and Wanda in full Scarlet Witch glory in this dark foray into the Multiverse