OnePlus 6T users are reporting a strange problem with the display. The issue results in a wave of pixels turning pink or purple on the screen and moving around. 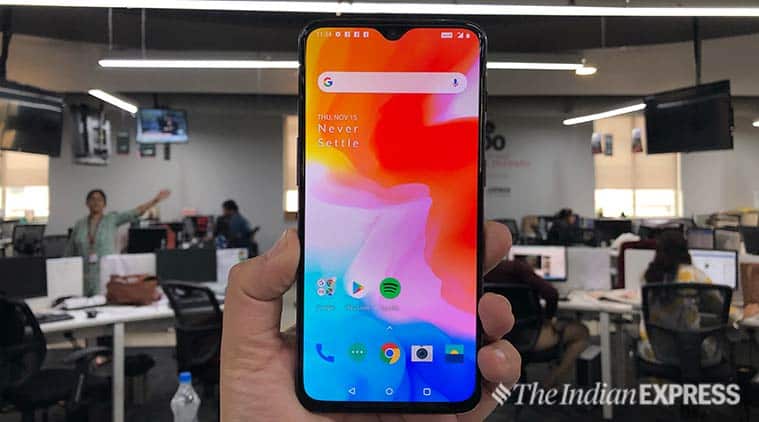 OnePlus 6T users have reported a strange issue with the display where pixels appear to move around, almost like a wave.

OnePlus 6T users are reporting a strange problem with the display. The issue results in a wave of pixels turning pink or purple on the screen and moving around. This is an intermittent problem, according to some of the posts on the OnePlus forums. Given the fleeting nature, users complain it is also hard to screenshot and capture, though someone has posted a video on YouTube as well.

Users have taken to the OnePlus forum to talk about the problem. We have reached out to OnePlus to see if they have a response, though for now it looks like this is impacting just a few consumers.  Our OnePlus 6T review units have not really shown any screen issues.

According to the posts on OnePlus forums, this issue cannot be fixed with a simple factory reset, and it could be a hardware problem with the display, though till the company confirms and acknowledges this, it is all speculation.

One user wrote on the OnePlus forum. “It’s a little bit hard to explain and it’s really hard to take a screenshot of. Basically what happens is when the screen is on (mostly after a screen unlock), there is a wave of pixels turning pink/purple throughout the screen. It does not affect anything else but really annoying. Any ideas?”

Some of the responses to the post say they too have witnessed the same problem on their units. Another user said that in their case, the pixels went “from the bottom near the edge of where the keyboard is, and up just a bit.” Another said the wave of Pixel “starts from the top and gradually disappears as it goes down.” The problem appears to take place at the lock screen.

One comment explains, “What happens is a single line of pixels having colours purple, pink and white move forward from somewhere in middle of the phone until it reaches the top. It happened to a few times when I turned on the display. Its rare but it does happen.”

Another user said that they saw bright red pixels moving from top to bottom and were worried that the screen had got damaged. The OnePlus 6T has a slightly bigger display at 6.4-inches compared to the earlier OnePlus 6.

A user on this thread has called this”screen tearing,” and likely a hardware issue and users should go to a service center. We will have to wait and see if OnePlus does respond to this problem and whether it can be fixed via a simple software update.

Farmers’ protest in Delhi: Modi govt has lied through its teeth on MSP, says P. Sainath