The recently launched OnePlus 10 Pro is truly a pro, especially in the gaming department. 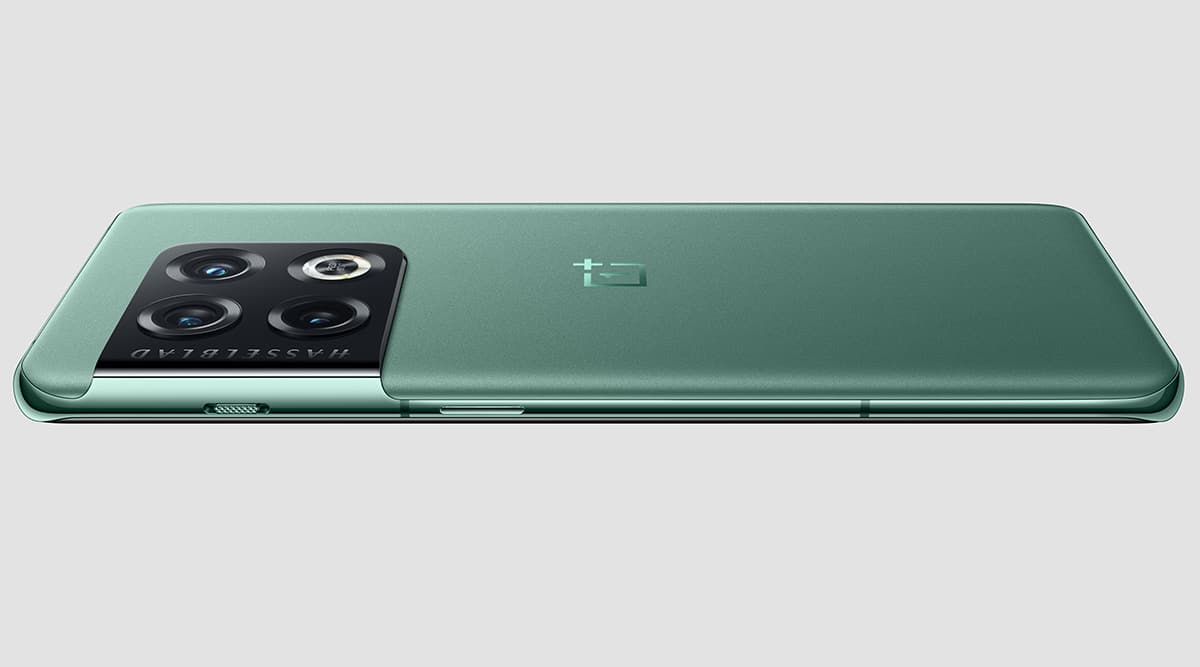 OnePlus 10 Pro in green is seen in this photo.

If there is one thing that has been consistently running through the veins of OnePlus phones, it has to be top-notch performance. For the longest time, both flagship killer and flagship premium phones from OnePlus have brought in the most powerful Qualcomm Snapdragon chipsets paired with ample amounts of RAM. This is one of the reasons why OnePlus smartphones have always been the favourites of millions when it comes to gaming, both casual and high-end.

OnePlus has carried this tradition forward with the launch of its latest flagship smartphone. The recently launched OnePlus 10 Pro is truly a pro, especially in the gaming department.

It comes with all the specs and numbers a smartphone can possibly need to become a mean gaming machine in the first place. It has a massive 6.7 inch quad HD+ Fluid AMOLED display with 120 Hz refresh rate, second generation LTPO technology and dual colour calibration. The stunning display is paired with the best Qualcomm mobile chipset, the Snapdragon 8 Generation 1.

The extremely powerful processor is paired with 8 GB/ 12 GB LPDDR5 RAM options and a number of storage variants with UFS 3.1. To go hand in hand with the visual experience, OnePlus has also paired the phone with high quality dual stereo speakers and has added support for noise cancellation and Dolby Atmos. It also comes with Haptic Feedback which brings the best haptics ever felt in any OnePlus device till now. It has a new SLA X-axis linear motor which is 40 per cent stronger, twice as responsive and quieter than the one on the OnePlus 9 and the OnePlus 9 Pro. This is the stuff of which immersive gaming is made.

The phone runs on a 5,000 mAh battery which can even keep a OnePlus 10 Pro kind of beast also going all day long. And if you run out of charge, the smartphone comes with the iconic 80W SuperVOOC charge support and a 80W charger in the box, which can charge the phone in a little more than half an hour.

That in itself would be enough to rock the world of most gamers. But what takes the OnePlus 10 Pro from the level of a great gaming phone to that of being the uber gaming beast are gaming centric optimisations. While most other smartphone brands simply focus on numbers, OnePlus also keeps adding features to its phones to take your gaming experience to another level, which truly defines its never settling nature.

The OnePlus 10 Pro comes with a new HyperBoost Gaming Engine, and is the first OnePlus device to feature an upgraded version of this engine. It comes with GPA Frame rate stabilizer and O-Sync, delivering improved gaming features that are seen for the first time on the OnePlus 10 Pro, to offer a more stable and responsive gaming experience. This means when you are in the middle of an intense session of PUB-G or fighting it out in Call Of Duty, the phone will make sure there are little to no fluctuations, offering you a much smoother experience. The updated HyperBoost Gaming Engine will be present on all future phones from OnePlus henceforth.

The HyperBoost engine comes with O-Sync technology which adds a new dimension of smoothness to the gaming experience by increasing the sync speed between the processor and the display by up to an impressive six times. This means with O-Sync enabled, the gaming response time of the OnePlus 10 Pro can be reduced by up to 30 milliseconds, making the phone more reactive to every single tap and swipe, and giving gamers those vital extra milliseconds that make the difference between victory and defeat. The list of games that can support the O-Sync feature include high profile names like League of Legends: Wild Rift, Garena Free Fire, Call of Duty: Mobile and Brawl Stars.

Another part of the HyperBoost engine is the General Performance Adapter (GPA) Frame Stabilizer. It monitors the system performance in real time and uses that information to precisely adjust CPU and GPU performance. This ensures that if and when the frame rate drops while gaming, it happens gradually and not abruptly, resulting in a much more stable gaming performance. In an internal testing session, the OnePlus 10 Pro was able to run PUBG Mobile at an average of 87.9 Hz during four hours of continuous gaming with GPA Frame Stabilizer enabled. The list of games that are supported by GPA Frame Stabilizer include Genshin Impact, Honkai Impact 3rd, LifeAfter, PUBG Mobile, and League of Legends: Wild Rift.

Even with all this going on, the OnePlus 10 Pro never loses its cool. This is because the phone sports a 5- layer 3D Passive Cooling System which is the most advanced cooling system ever on a OnePlus device. It comes with a customised vapor chamber, copper foil and copper carbon on both sides of the phone’s motherboard ensuring the phone never loses its cool, even when you push it through the most power-hungry games.

All of this software and hardware wizardry make the OnePlus 10 Pro an absolute gaming beast. And HyperBoost is the magic sauce that makes gaming on it such an immersive and smooth experience that gamers would Never Settle for anything else!