In conversation with Indianexpress.com, Ajey Mehta, the India head of HMD Global told that the company is looking to bring all five phones to India, which were launched at its global event in Barcelona earlier this week, including the camera-centric Nokia 9 Pureview. HMD Global is looking at bringing all five phones to India, which were launched at its global event in Barcelona earlier this week, including the camera-centric Nokia 9 Pureview. The announcement is expected to be made in three to four months, Ajey Mehta, VP and country head, India, HMD Global told indianexpress.com.

Nokia 9 PureView will cost $699, which is around Rs 49,500 on conversion and will be available in March this year. “The exact price we will announce at a closer date of launch. Of course, it has been declared at a global price of $699, roughly where it is likely to land in India as well,” Mehta said.

On asked why Nokia 9 PureView uses Snapdragon 845 mobile platform instead of the newer Snapdragon 855, he explained that the processor works well for the phone when it comes to delivering superior quality photos.

“The 845 is a chipset that is working very well with the Nokia 9 PureView. As you know, there are five cameras which take five photographs, then we have the bespoke algorithm within the software and along with the Snapdragon 845 it brings it together,” Mehta pointed out.

“The efficiency and the utilisation of the Snapdragon 845 is perfect to deliver a really superior imaging experience so it works well for the phone,” he added.

Nokia 9 PureView, he says works better than fewer cameras as it has five Zeiss sensors – three are monochrome and two are colour which allow more light to come, providing more depth and dynamic range to the image to deliver a superior imaging experience.

He also talked about the India market and HMD Global’s strategy in the country. He admitted than the Rs 7,000 to around Rs 20,000 is where 75 per cent of the volume is and this is where HMD Global also has bulk of its sales.

“It is in this price band that we also have maximum presence in terms of our product, ranging from Nokia 2.1 to Nokia 7.1,” he added.

“The company strategy in India is to continue being a full range player. In India, we have 15 devices between Rs 5,000 and Rs 37,000 starting with Nokia 1 all the way to Nokia 8 Sirocco. Nokia is known to be a people’s brand so we will always have an option for all consumers in India,” said Mehta.

He did not reveal whether we will see a 5G phone from Nokia soon. 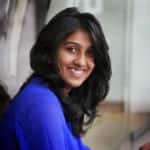