Nokia 4.2, Nokia 3.2 price, specifications: Here's a detailed look at the specifications of both the devices launched at MWC 2019 in Barcelona. 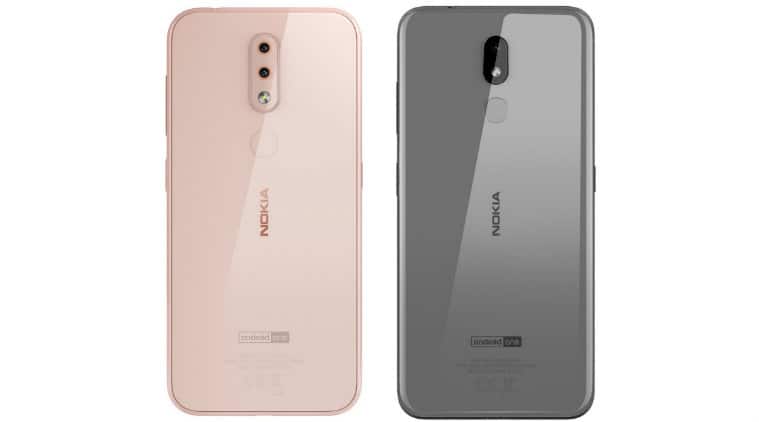 Nokia 4.2, Nokia 3.2 price in India, specifications: HMD Global recently unveiled its latest budget smartphones – the Nokia 4.2 and Nokia 3.2 at MWC 2019, being held in Barcelona. Both the devices are quite different on the specifications front, though they are part Google’s Android One initiative and will start shipping in April.

Both the devices come with a dedicated Google Assistant button, Face Unlock and AI-powered imaging. The global units of the phones will also come with secure NFC, while the India variant will not have NFC, according to HMD Global.

Nokia 4.2 sports a 5.7-inch HD+ waterdrop notch design display with a resolution of 1520×720 pixels. Nokia 4.2 has a glass back design and comes in new Pink Sand colour variant as well.

It is powered by the Qualcomm Snapdragon 439 processor paired with an Adreno 505 GPU. The device comes with 2GB/3GB of RAM along with 16GB/32GB internal storage expandable up to 400GB via microSD card.

It runs Google’s Android 9.0 Pie operating system in its stock configuration. All of this is backed by a 3,000mAh non-removable battery. The device features a dual camera setup on the back consisting of a 13MP primary sensor paired with a 5MP secondary sensor. On the front, it features an 8MP sensor for taking selfies.

The device comes with 2GB/3GB of RAM along with 16GB/32GB internal storage expandable up to 400GB via microSD card. It is a part of Google’s Android One initiative and runs Android 9.0 Pie operating system and is backed by a 4,000mAh non-removable battery.

In terms of camera specifications, the Nokia 3.2 features a 13MP sensor with support for AI on the back. On the front, it features a 5MP sensor to take selfies.