Motorola Moto E (2nd gen) 4G will cost only Rs 7999 and will be available on Flipkart exclusively. 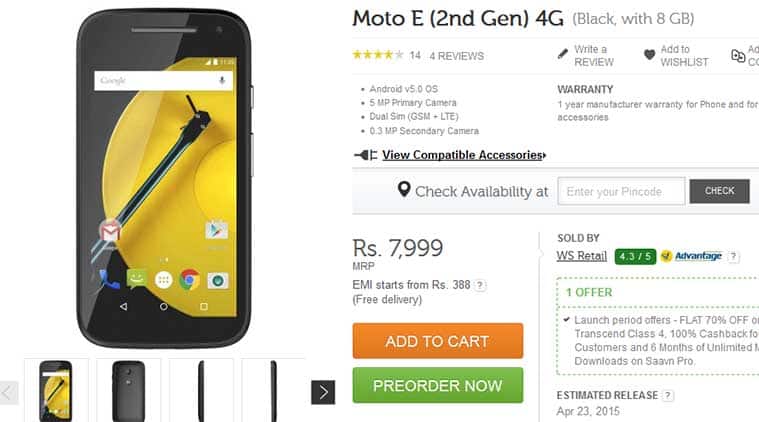 Motorola has launched the 4G version of its budget smartphone, the Moto E in India. The Moto E 4G (2nd gen) version will cost only Rs 7999 and will be available on Flipkart exclusively like the rest of the Motorola smartphones.

The Moto E 4G is currently open for pre-order on Flipkart and according to the website, the estimated date of release is 23 April, 2015.

Other than this, the features of the Moto E 4G version are exactly the same. The Moto E has a 4.5-inch qHD display, 1GB RAM, 5MP rear camera and VGA front camera. The Moto E 4G runs Android 5.0 Lollipop and has a 2,390 mAh battery. It has a total of 8 GB storage space.

The Moto E 3G version (second generation) smartphone costs Rs 6999. You can read our review of the Moto E here.