Micromax recently announced its comeback into the Indian smartphone market with its new "IN" series. 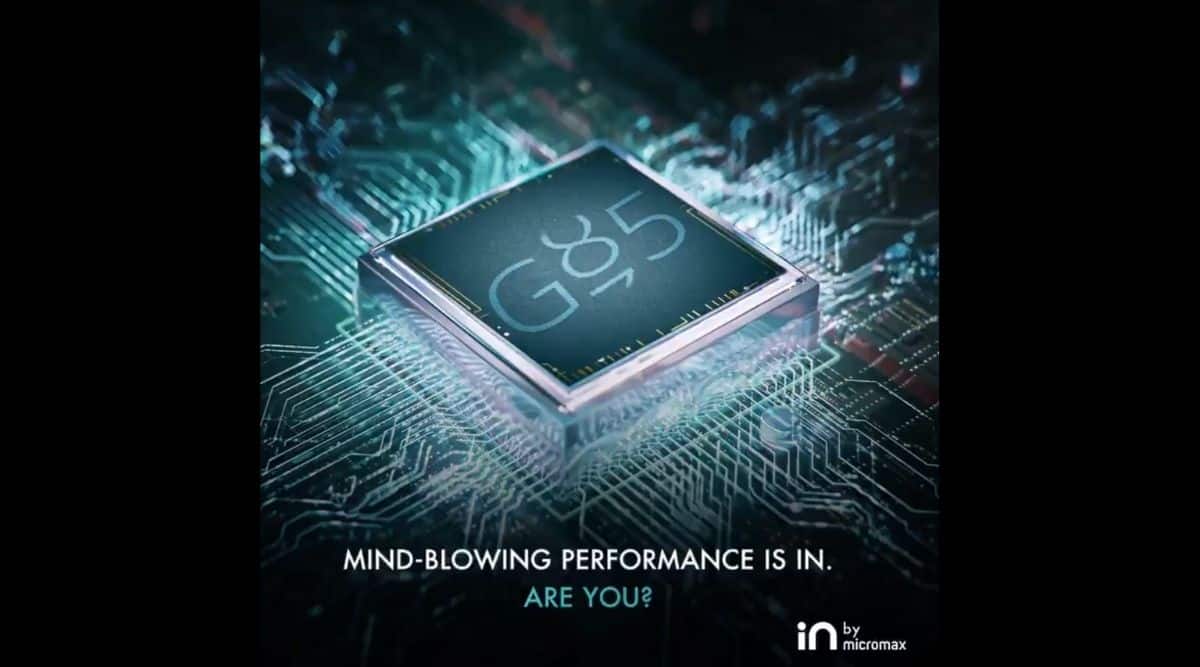 Micromax co-founder Rahul Sharma in multiple interviews has said that the devices in the new series will be priced between Rs 7,000 to Rs 15,000. (Image: Micromax)

Micromax recently announced its comeback into the Indian smartphone market with its new “IN” series. The company will be launching its “IN” series devices in the country on November 3. Ahead of the official launch, it has now put up a teaser video on its Twitter confirming that the “In” devices will be powered by the MediaTek Helio G series of processors.

India is gearing up to game on with the ultimate performance. And we have the perfect processor for that. Share the screenshot to tell us which one you think it is. #INMobiles unveiling on 3rd Nov, 12 noon.#MicromaxIsBack #INForIndia pic.twitter.com/g4EoKHN7Pr

MediaTek Helio G35 was launched in June and it was aimed at budget gamers. The chipset is already available in devices like the Realme C11 and the Redmi 9.

To recall, Micromax co-founder Rahul Sharma in multiple interviews has said that the devices in the new series will be priced between Rs 7,000 to Rs 25,000. He has also said that the devices will be focused on gamers and as of now, the company is not looking to bring phones under the Rs 7,000 price bracket due to its focus on providing powerful smartphones. He has also confirmed that these devices will run Google’s Android operating system in its stock avatar and will come with no bloatware or ads.

According to an earlier report by The Mobile Indian, the budget option in the new “IN” series will sport a 6.5-inch HD+ display paired with the Helio G35 processor, 3GB of RAM, 32GB storage, a dual camera setup and a 5,000mAh battery. The bigger variant will be powered by the Helio G85 processor and will come with a triple camera setup.