Reliance’s Jio Phone 3 be a touchscreen smartphone, to launch in June 2019: Report

A report from Beetel Bite claims that Reliance Jio will soon launch the successor to Jio Phone 2 -- going by the name Jio Phone 3-- which will be an all-touch smartphone. 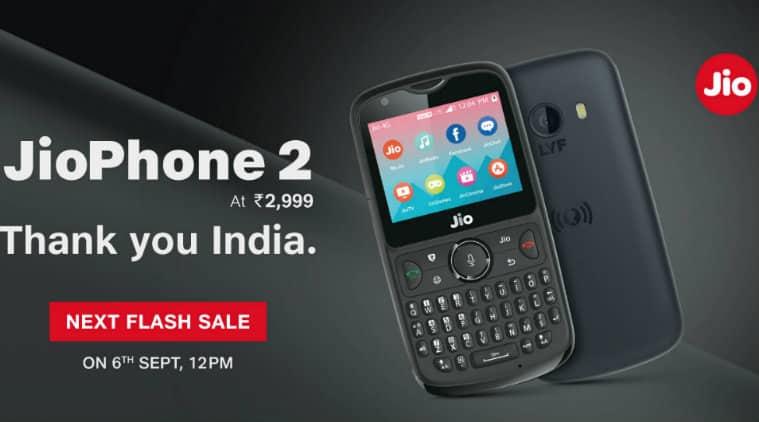 The price of the all-touch smartphone, Jio Phone 3 is expected to be around Rs 4,500 (Image source: Jio.com)

Reliance Jio may soon be launching an all-touch smartphone Jio Phone 3, according to a report in BeetelBite.com The phone will be a successor to the much popular Jio Phone and Jio Phone 2.

A Jio executive speaking anonymously to the website told that Jio Phone 3 will be a touch screen smartphone with a 5-inch display. It will have 2GB of RAM and 64GB of internal storage (up from 512MB RAM and 4GB internal storage in Jio Phone 2) along with a microSD card slot of unknown capacity.

For the camera, the Jio Phone 3 will sport a 5MP sensor on the back and a 2MP sensor on the front, up from Jio Phone 2’s 2MP rear and 0.3MP front camera. The report also speculates the price of the upcoming phone to be around Rs 4,500.

The chipset to be used in the device is not known. Also, it is unclear if the operating system on Jio Phone 3 will be KaiOS like on the original Jio Phone or Jio Phone 2 or whether Reliance will go for Android.

Jio phone 3 may also go for Android Go, which is a stripped-down version of Android designed to run on entry-level smartphones, according to speculation.  As per the report, Jio Phone 3 is expected to launch in June 2019.

It may be up for pre-orders in July and the sale would likely start in August through Jio website and Reliance Digital stores.

Also read: Reliance JioPhone 2: Why the QWERTY keyboard could be a big hit

Other specifications and features of Jio Phone 3 are likely to be same or better than Jio Phone 2. The QWERTY keypad phone has a 2.4-inch TFT screen with 320 X 240 QVGA resolution. Jio Phone 2 sports a 2000 mAh Li-ion battery. Priced at Rs 2,999 it supports 4G network (like its predecessor Jio Phone) and VoLTE HD voice calling along with Video call support.