Honor 20 series has been launched in India, which will include the Honor 20 Pro, Honor 20, and Honor 20i. Samsung has also launched its new Galaxy M40 in India.

Samsung Galaxy M40 gets a 6.3-inch Infinity O display, where the front camera is included in the punch hole on the top left of the screen. It runs Samsung's One UI, which is based on Android Pie. The phone is powered by the Qualcomm Snapdragon 675 processor coupled Adreno 612 GPU for graphics performance. It comes with 6GB RAM and 128GB storage, which is expandable up to 512GB via a microSD card slot. The Galaxy M40 is backed by a 3,500mAh battery with support for 15W fast charging.

Samsung Galaxy M40 is priced at Rs 19,990  in India for 6GB RAM and 128GB storage variant. It will be available exclusively on Amazon India as well as Samsung Shop online. The first sale will start from 12 noon on June 18. The phone can be bought in two colour options - Midnight Blue and Seawater Blue.

Launch offers include Double Data offer from Reliance Jio on Rs 198 and Rs 299 plans. Vodafone and Idea users can avail cashback worth Rs 3,750 on recharge of Rs 255.

Samsung has just launched its latest budget smartphone, the Samsung Galaxy M40 with an Infinity O display and a triple rear camera setup in India. The device is priced at Rs 19,990. 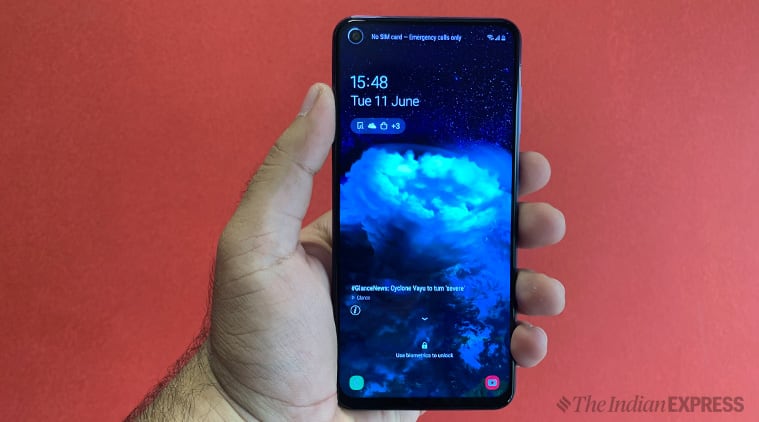 Honor is also bringing its Honor Pad 5 to India. The mid-range tablet comes in two options; one with 10.1-inch and the other with an 8.1-inch. Both tablets are powered by a Kirin 710 processor. 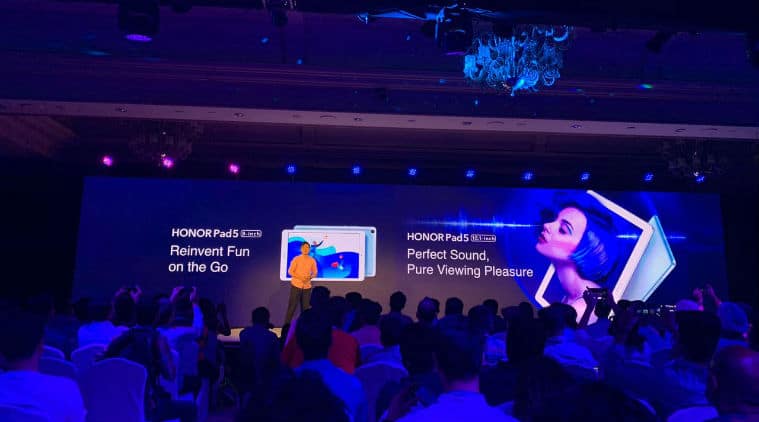 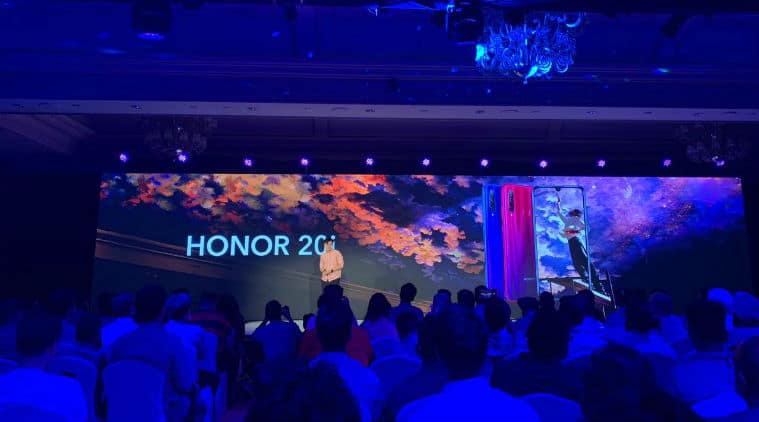 Honor has also launched the Honor 20i in India. This phone features a 6.21-inch waterdrop-style notched display, a Kirin 710 processor and a 3400mAh battery.  The phone features a 32MP front camera.

In terms of battery, the Honor 20 Pro has a 4000mAh capacity inside, while the Huawei 20 has a 3750mAh capacity. Both offer fast charging, with the company's 22.5W SuperCharge.

Honor 20 and Honor 20 Pro are powered by Huawei’s 7nm Kirin 980 processor. This is the same chipset that also powers the P30 Pro and Mate 20 Pro.

Honor 20 also gets a quad-camera setup like the Honor 20 Pro, but swaps the telephoto camera for a 2MP depth-sensing lens. On the front, you will find a 32MP selfie camera.

Both the Honor 20 Pro and Honor 20 have a 6.26-inch IPS LCD display, featuring a punch-hole camera in the top left corner.

Honor 20 Pro comes with quad rear camera setup, featuring a 48-megapixel main sensor with an aperture of f/1.4, along with a 16-megapixel super-wide angle lens with an f/2.2 aperture. 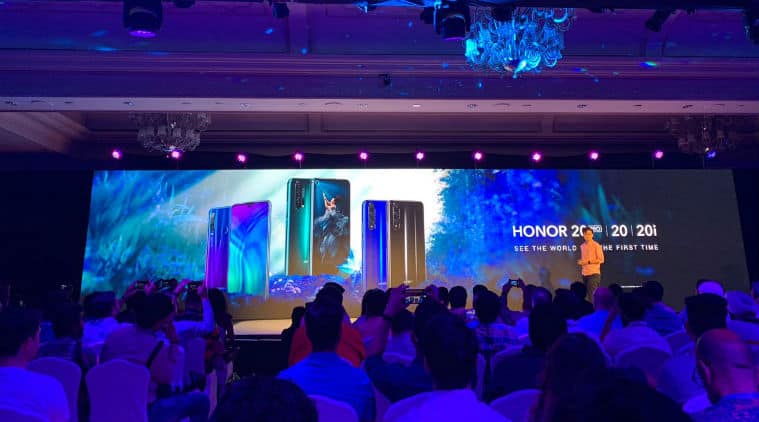 JJ Kwan, Product Marketing, Honor Global takes the stage. He talks about the camera revolution in smartphones and introduces Honor 20 series to India. Both Honor 20 and Honor 20 Pro feature pro-grade camera. The devices come with four cameras on the back.

Huawei said it will continue to provide security updates to all existing Huawei and Honor smartphone and tablet products. This includes those that have been sold or are still in stock globally.

The United States recently banned Chinese tech giant Huawei, the parent company of Honor, from doing business with American firms which had a ripple effect. Google said it would stop supplying its Android OS to the company, forcing Huawei to come up with an alternative OS.

Honor 20 series launch event begins at 11:30 am: How to watch live stream

The event for the Honor 20 series launch in India is set for 11:30 am IST today in New Delhi. However, the company will live stream the event live on the official YouTube channel of the Honor India. Users can also catch the live updates of the event here.

The specifications of all the devices are already out in the open. At the event, Honor will announce the price and availability for the Honor 20 Pro, Honor 20, and Honor 20i in India.

Honor has launched its Honor 20 series in India. The series includes the Honor 20 Pro, Honor 20, and Honor 20i. The devices will be available at Flipkart and the prices start at Rs 14,999.

Meanwhile, Xiaomi also launched its wearable device Mi Band 4 in China. The fitness tracker gets a coloured display, bigger battery, Xiao AI voice assistant, and four options of coloured bands. Two models of Mi Band 4 have been unveiled-- one with NFC and another without NFC.

Finally, Samsung Galaxy M40 has been announced as well at a price of Rs 19,990. The phone sports a punch-hole display, Snapdragon 675 processor and triple rear cameras, where the primary lens is 32MP.