Google Pixelbook 2 may have been spotted listed on the Federal Communications Commission (FCC). The high-end Chromebook with a 4K display is reportedly codenamed "Atlas". 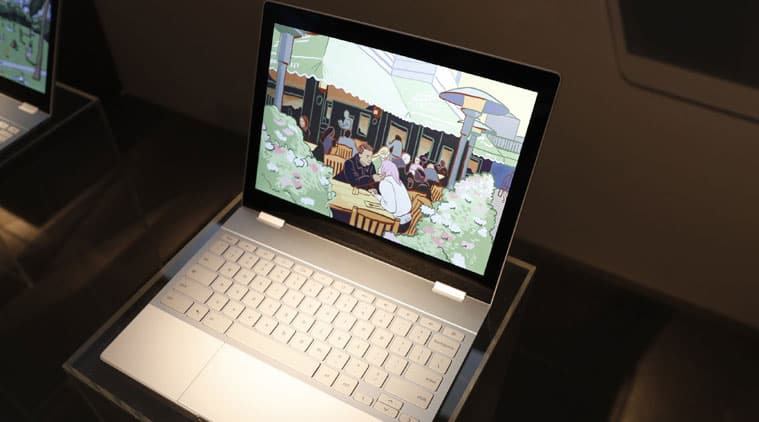 Google Pixelbook 2 may have been spotted listed on the Federal Communications Commission (FCC). The high-end Chromebook with a 4K display is reportedly codenamed “Atlas”. According to a report by The Verge, the FCC filing has been made by original Pixelbook manufacturer Quanta, which suggests the listing is of the next-generation Pixelbook.

The font used to write the label is also the same as on Google’s other Pixel devices, the report notes. However, the FCC ID – HFSG021A – has created some confusion over the listing as it is similar to that of Pixel smartphones and not Pixelbook and this was pointed out by 9to5Google.

To give a perspective, Pixel 3A, which was launched in May had FCC ID G020A, while that of Pixelbook was HFSC0A, though FCC IDs can be random as well. However, the website has confirmed that the listing is of Pixelbook 2 or Atlas indeed, which will be powered by the Intel Wireless-AC 9260 chip.

The listing is confidential and for 180 days and hints at an October launch, which is when Google typically launches its hardware products. Last year, it announced the Pixel 3 and Pixel 3 XL alongside the Pixel Slate and Home Hub.

Read more: Google Pixel 3a has helped double sales, but that doesn’t mean much

Google Pixelbook 2 is could be the first Chromebook to sport 3860×2160 resolution or 4K display. But there is little known about the device other than this. As per a previous leak by 9to5Google, the Pixelbook 2 will have slimmer bezels than the Pixelbook and it will not be a convertible device.

Google has already confirmed to The Verge that its hardware division has new laptops and tablets on the way. Steve Jacobs, Lead Product Manager at Google said at a Cloud Tech 2019 session that the future device will target the workforce who are constantly on the go, without revealing the name of the upcoming device.

Orange is the New Black Season 7 first impression: The show brings back its old charm