Pixel 6 users can check whether they have received the feature via the Google Fit app (Image source: File)

With the Pixel 6 and Pixel 6 Pro phones, Google is focusing more on the software capabilities rather than just talking about specifications. There’s also a new Pixel Pass subscription service for US users starting at $45 per month. Check out a recap of the launch event below.

Google Pixel 6 Series announced: Here's all you need to know

Read all about the new Google Pixel 6 and Pixel 6 Pro here.

The Google Pixel 6 Pro will be available in three colours too - Cloudy White, Sorta Sunny and Stormy Black. The Google Pixel 6 will be available in three colours - Sorta Seafoam, Kinda Coral and Stormy Black. 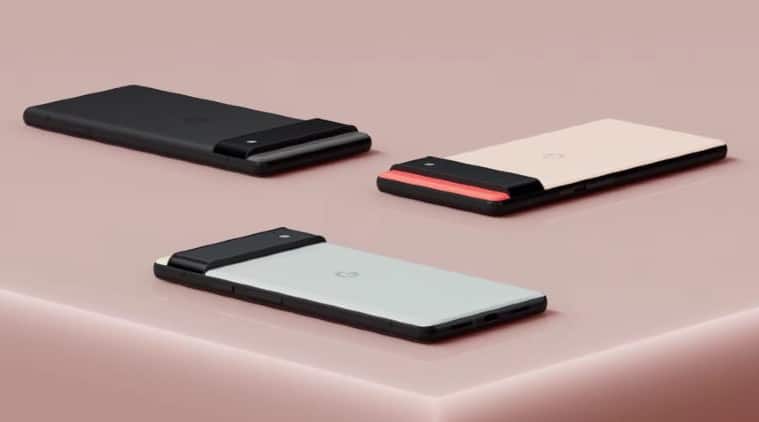 The live stream is over for the Pixel 6 event.

Live Translation works across apps on Pixel 6 from Messages to WhatsApp to Instagram. So basically you could watch an Instagram Live in another language and the phone will have a live translation of it, thanks to the Tensor chip.

Pixel 6 and Tensor and fast typing

Google says that the Pixel 6 and its Tensor chipset run the most advanced speech recognition model, which can ensure the phone understands exactly what you are saying. Pixel ensures the fastest voice typing capabilities and the model can adapt to the user's habits.

Google says that with Tensor they can now apply computational photography to video on the Pixel 6 as well. Google has developed an algorithm called HDRNet, which can now run directly on the 4K videos to ensure better colour accuracy in the video quality.

Tensor has a 20-core GPU. Google says the chipset is designed for total performance and efficiency.

Both Pixel 6 and Pixel 6 Pro have a new 50MP camera on the back. Google says the primary sensor now captures up to 150 per cent more light (compared to Pixel 5’s primary camera). The phones have new ultrawide lenses with larger sensors. Pixel 6 Pro has a triple camera, which includes a 50MP main camera, a 48MP telephoto camera, and a 12MP ultra-wide camera.

Google is also adding a new Magic Eraser feature, which can make distractions in photos disappear. This will be coming to Google Photos.

Google is also introducing a new Pixel Pass subscription services for users in the US. It will give users access to a new Pixel 6 along with Google One, YouTube Premium and YouTube Music Premium, Google Play Pass, and Preferred Care. This is at $45 per month. The Pixel Pass with Pixel 6 Pro starts at $55 per month. After two years, users will have the option to upgrade to a new Pixel.

Let us take a closer look at the Google Tensor chipset, details for which have been revealed in a new blog post by the company. Google says the Tensor chipset can unlock new experiences that require state-of-the-art ML or machine learning models such as Motion Mode, Face Unblur, Speech enhancement mode for videos, and applying HDRnet to videos.

Google says Tensor was developed in partnership with Google Research team and is capable of tasks that would require high performance. According to the blog, Google Assistant on Google Tensor uses the most accurate Automatic Speech Recognition (ASR) ever released by Google. Google also says they can use high-quality ASR model even for long-running applications such as Recorder or tools such as Live Caption without quickly draining the battery.

Google also claims the Pixel 6 can handle more complex tasks related to photography easily and quickly. Computational photography is a big aspect of the Pixel series, and Tensor chipset will just take it further.

Pixel 6 is here powered by Tensor. But we don't know much about the chipset yet. Google says they have upgraded the camera sensors and lenses along with computational photography on the Pixel 6. Google isn't really talking specifications here.

Rick Osterloh, SVP for devices is in front of the camera now. He's talking about AI and how the phone needs to understand the user and their world, their context. They are calling Pixel, the most personal and most helpful phone.

The Pixel launch event starts with a video of the new Pixel 6 phone.

The live stream has begun, though the show is yet to start. Right now Google is just showing us all the other products they have in the market such as Nest cameras.

Google will likely talk about how the new Pixel 6 series is a lot more secure thanks to the Tensor chipset.

Google Pixel 6: What to expect from the camera?

When the Pixel first came out it was supposed to take on the iPhone and the camera was excellent, one that stood out in the Android market. And it was true more or less till the Pixel 3 series. But in the recent iterations, the Pixel cameras haven't quite come out on top thanks to the growing competition in the market from other Android phones such as OnePlus, Xiaomi, vivo, which have all drastically improved their cameras. With the new Pixel 6 series, and their redesigned camera, can Google come back on top once again?

The Pixel 6 and Pixel 6 Pro are launching later tonight. Google's new phones will run the company's own Tensor chipset and we expect the company to spend a considerable amount of time talking about this will mark a major change. Will Tensor be good enough to take on the iPhone A series processors? We will have to wait and see.

The other big question around the Pixel 6 will be on the camera performance. Google will likely try and regain some of the lost glory on this front, which used to be on Pixel's major USPs. While the Pixel 6. is unlikely to come to India, there's always a lot of interest around what Google offers with its phone, especially on the software front. Google could also confirm the exact date when Android 12 starts rolling out to Pixel phones and other devices.