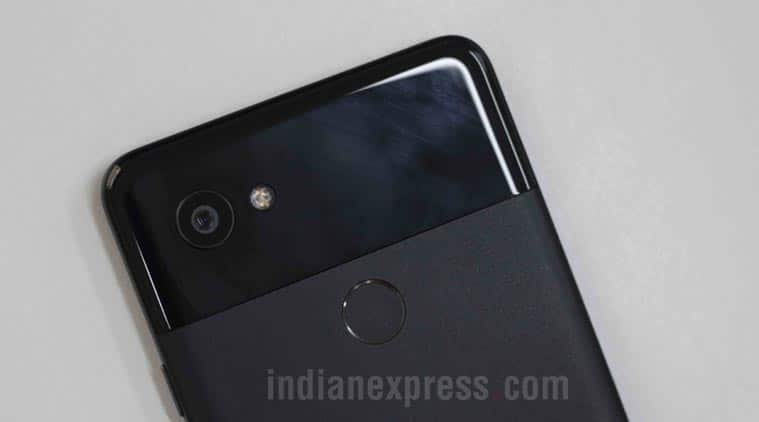 Google Pixel 3 XL is likely to feature a large notch and dual front cameras. (Image of Pixel 2 XL for representation)

Google Pixel 3 leaks just don’t stop. After the phone was spotted with an iPhone X-like notch and dual front cameras, the Pixel 3 XL has spotted again with the controversial notch design. Like previously, a MobileSyrup reader has again spotted the upcoming smartphone.

Interestingly, the leaked photos appear to have once again been taken on Canadian public transportation system, possibly it could be the same Pixel 3 XL user. But unlike last week’s pictures, these pictures are better in quality, giving us a closer look at the Google Pixel 3 XL.

Out of the two, the first picture shows the front side of the Pixel 3 XL and, yet again we are seeing a large notch alongside two front-facing cameras. A chin bezel takes up space at the bottom. The handset looks a slightly modified from its predecessor in terms of the design language and that’s not a welcome move. The second image shows the back of the phone, featuring a single lens and the glass shade is clearly visible.

The phones will likely be powered by the Snapdragon 845 processor, Qualcomm’s flagship processor. We do not know how much RAM or storage the two phones will offer. The current-generation Pixel 2 and Pixel 2 XL come with 4GB  RAM and a choice of either 64GB or 128GB of storage.

Kerala floods: Heartbroken to find his house damaged, 68-yr-old hangs self in Kochi