Gionee S6s selfie-smartphone to launch in India today: All you need to know

Gionee S6s, a new selfie smartphone will launch in India today and could come with a flash on the front camera. 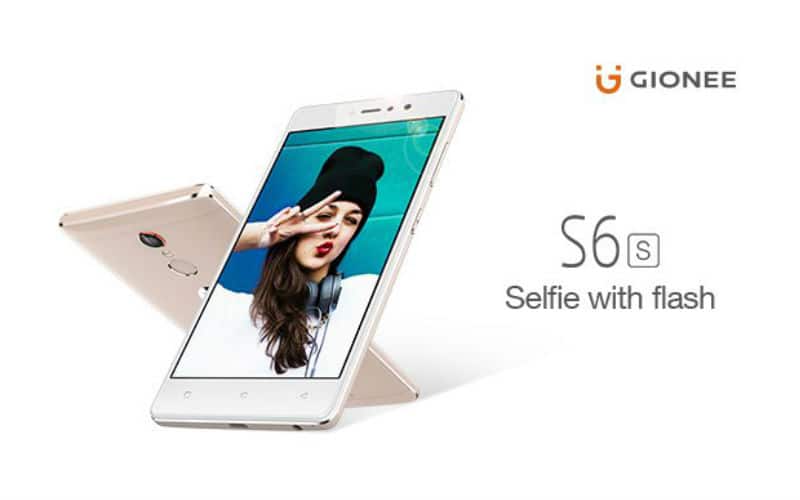 Gionee S6s with a flash at the selfie camera will launch in India today.

Gionee S6s, a new selfie smartphone will launch in India today. The company has been tweeting about the new device named S6s. Some of the tweets indicate this selfie camera will perform well in low-light and will also allow for wider photos from the front camera.

Gionee recently sent out media invites for the August 22 event with the hashtag #SelfieWithFlash. Gionee S6s will be the latest in the company’s S lineup in the country. The Gionee S6s could be another SKU of the all-metal Gionee S6 smartphone, that was launched in India earlier this year.

The Gionee S6 features a 5.5-inch full HD display, MediaTek MT6753 octa-core processor clocked at 1.3Ghz, 3GB RAM+32GB storage, as well as 13MP camera on the back and a 5 MP camera on the front. The battery on the Gionee S6 is 3150 mAh. We’ll have to wait and see if these specifications remain the same on the Gionee S6s. Gionee could bump up the front camera or just add a flash in the new selfee smartphone.

Gionee is joining other Chinese smartphone manufacturers in the selfie-smartphone race. The leader in this is Oppo, which has been pitching premium selfie-smartphones. Oppo F1 was followed by the F1 Plus, which has a great 16 megapixel front camera. Oppo F1 Plus has also managed to do well in the premium segment in India, according to recent numbers from IDC. The smartphone is priced at Rs 26,900

Oppo followed that with another variant of the F1 Plus called F1s, which has the same 16 megapixel front camera and cost Rs 17,990. Oppo has been able to get the selfie camera bit right with both of these smartphones, although these phones still have a more premium pricing.

Also read: Oppo F1s review: For those who love their selfies

Watch this space for first impressions of the new Gionee smartphone