Asus ZenFone Launch Event highlights: Asus has confirmed that it will announce two budget smartphones at an event in India, which will be launched as Flipkart exclusives. The phones will be a part of its ZenFone series, as confirmed by the company. Both the phones will make their debut as part of the global launch event. Asus is hosting the event in New Delhi, and the event will begin from 1.30pm onwards.

While not much is known of the two phones, Asus has posted two posters, hinting at the features the budget-centric smartphones will have. One of those is fast processing, as the poster reveals that both the ZenFone models will feature octa-core processors, which is followed by the Qualcomm Snapdragon series logo. Also, the company has hinted that the phones could come with large battery backup, and claims that they could provide ‘2 days of power packed batteries’.

Here's a quick recap of the two phones launched today: Asus Zenfone Max M1 and Zenfone Lite L1. both come with 5.45-inch HD+ displays, without a notch, alongside a screen aspect ratio of 18.7:9. Running the Snapdragon 430 processor, both are based on ZenUI 5 over and above Android 8.0 Oreo. While Zenfone Max M1 comes with 3GB RAM/32GB of internal storage, Zenfone Lite L1 offers 2GB RAm/16GB storage. While Max m1 comes with a 4000mAh battery, Lite L1 has a 3000mAh battery.

Asus had disclosed before the event that Zenfone Lite L1 and Zenfone Max M1 would be available as Flipkart exclusives. In addition, Sharma has revealed that the phones will be a part of Flipkart's upcoming Diwali sale, though he did not reveal the sale dates.

Both Asus Zenfone Max M1 and Zenfone Lite L1 come with official prices and Diwali offer rates. While Zenfone Lite L1 has been launched at Rs 7,999, it will be available during Diwali for a special price of Rs 6,999. Also, shoppers can purchase Zenfone Max M1 for Rs 7,499 in the Flipkart Diwali sale, while its regular retail price will be Rs 8,999. Also, both Zenfone budget launches are available with No Cost EMI offers on the e-commerce platform 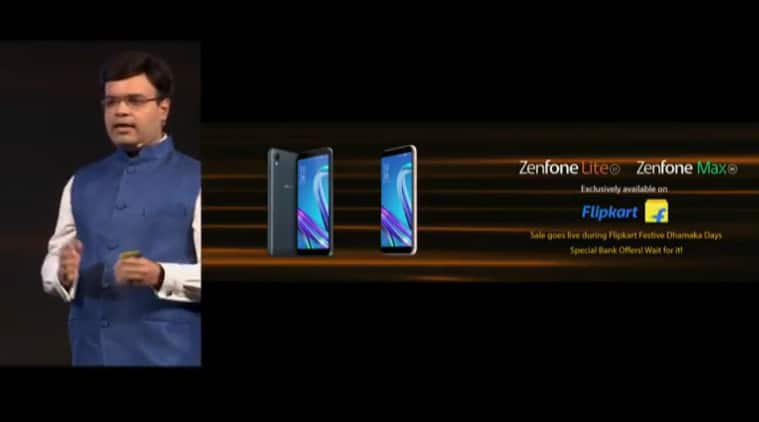 Dinesh Sharma now speaks of the partnerships that will accompany Asus Zenfone Lite L1 and Zenfone Max M1. Both phones will also receive extended support for Google Drive, under which users will be able to store up to 100GB data for free. In addition, Reliance Jio will offer cashback worth Rs 2,200 on both phones, if users recharge under the Rs 198/Rs 299 prepaid plans. Also, Zenfone Max M1 and Zenfone Lite L1 users shall receive data benefits of 50GB from Jio. 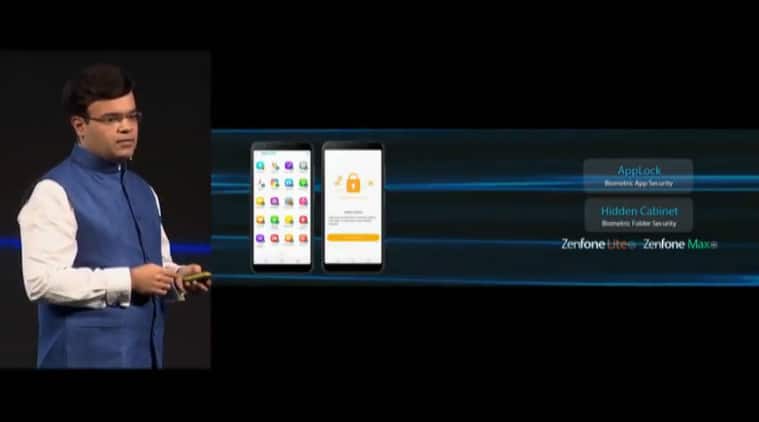 On the camera front, Sharma explains that Asus Zenfone Max M1 and Zenfone Lite L1 feature a 13MP rear sensor, with  f/2.0 aperture. Having a 1.2 micron lens with 5P pixel size, this rear sensor is enabled by Pixel Master. Users will be able to experience Portrait mode, Live filters, as well as AI Beauty modes.

The difference, though lies with the front cameras on both phones. While Zenfone Lite L1 sports a 5MP front lens with LED flash, the Zenfone Max M1 comes with an 8MP front lens of f/2.0 aperture,  backed by LED flash, portrait and AI Beauty modes will be available for both devices. While Zenfone Lite L1 will be paired with 2GB RAM and 16GB internal storage, Zenfone Max M1 will be offered alongside 3GB RAM and 32GB of internal storage. Both phones will offer up to 256GB of expandable memory, through dedicated microSD card support. 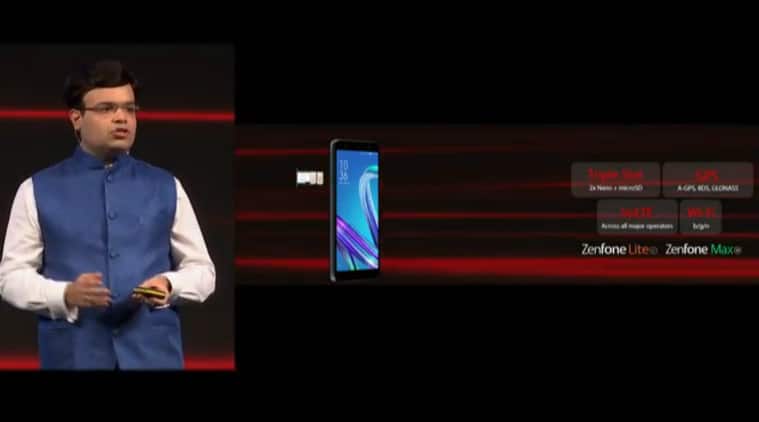 Asus India head Dinesh Sharma launches the Asus Zenfone Lite L1 and Zenfone Max M1 for India. He explains that Asus aimed at bringing out the Snapdragon 430 octa-core processor for the budget segment, which it claims is a first for the budget price segment. With this, Sharma showcases the two phones, where Zenfone Max M1 and Xenfone Lite L1 is expected to compete with Xiaomi's Redmi 6 series, as well as Honor 7S, Honor 7C, and Honor 7A. 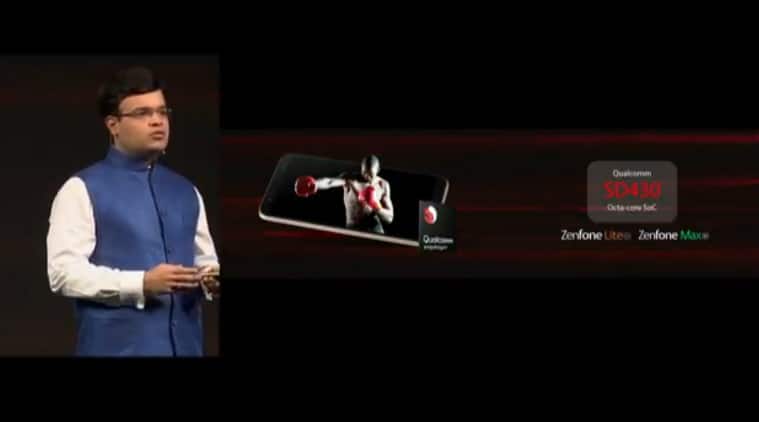 Asus has only given out indications of the phone's battery capabilities and processing power. From the posters shared on social media, one can spot that the new Zenfone devices will feature an octa-core processor, from the Snapdragon series of processors. The exact chipset remains unknown, and the Snapdragon detail was spotted through the processor series' logo. Also, Asus has suggested that these phones will come with two days' worth of battery life, though the particulars of that remain unclear

Asus has not given today's budget-centric Zenfone devices up for leaks or renders. Instead, the company has not revealed the names of the phones that could be launched. One, of course, can see through the company's Asus India Twitter handle that the phones are expected to compete with budget counterparts, such as Honor 7S, Realme C1, as well as the Xiaomi Redmi 6 series. One would need to wait for the live event, in order to find out the full specifications of both devices.

The stage is set! Two power-packed smartphones, including a global debut, will be unveiled today at 1:30 pm. Don’t forget to tune into the live launch https://t.co/ABkhlx9Cqr pic.twitter.com/q1iPNpgCLk

Among the other specifications, not much is known. The promotional posters, though, seem to indicate that both Zenfone devices would feature notched displays. On the camera front, Asus is not expected to introduce a dual camera setup on either side, given that these devices are slated as budget launches. Other specifications remain unknown, and would be revealed by Asus at launch.