Apple iPhone XS and iPhone XS Max are facing some scrutiny over the quality of photos, with users complaining that the camera is 'smoothing' out skin 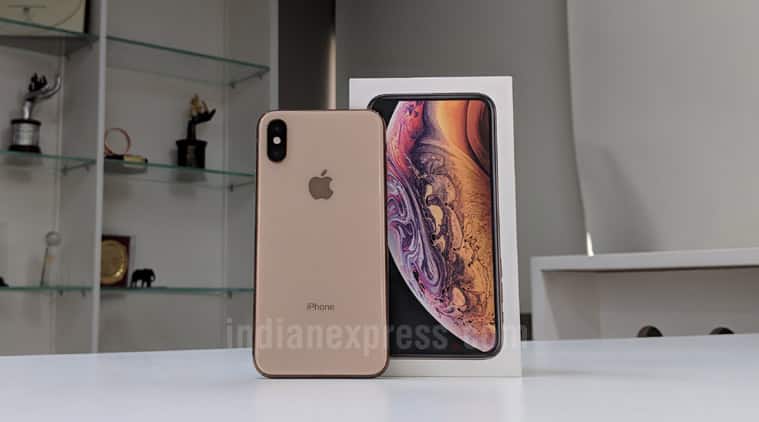 Apple iPhone XS, iPhone XS Max ‘smoothing’ skin in photos, according to user complaints. But an app developer has written a detailed post explaining what is happening

Apple iPhone XS and iPhone XS Max are facing some scrutiny over the quality of photos, with users complaining that the camera is ‘smoothing’ out skin in selfies, and even in rear-camera photos. There’s a whole dedicated thread on Reddit discussing whether Apple is applying some sort of skin smoothing beauty filter to the selfie photos, which would be a first for the company. In contrast, Android phones have been applying beauty filters to selfie and rear-camera photos for quite a while now.

YouTuber Lewis Hilsenteger, who runs the channel Unbox Therapy also posted on Twitter about the issue. He had previously pointed out the iPhone XS Max charging issue on his channel.  Users have also taken to Twitter to discuss this skin smoothing issue at length.

On Reddit, some have compared the photos to a Snapchat filter effect. Others have shared samples showing the difference in photos taken with an iPhone X and iPhone XS with the skin smoothing problem in focus. A user named Abdul Dremali, whose selfies with the skin smoothing effect highlighted first went viral, also posted a tweet saying Apple reached out to him and confirmed they are working in this issue.

Dremali wrote on Twitter in reply to a 9to5Mac article, “i’m the guy in these pics. Apple reached out to me yesterday and are working on this issue actively.”

Apple has not yet given a public comment on the same. Meanwhile, some users have commented on the Reddit Thread that turning off the Smart HDR feature can fix the problem to an extent.

i’m the guy in these pics. Apple reached out to me yesterday and are working on this issue actively.

iPhone XS and skin smoothing: What this developer had to say

However, Sebastiaan de With, who is the developer of iOS app Halide that lets users shoot in RAW and other modes, has written a detailed blog post on Medium, explaining what is happening with the iPhone XS camera. The Halide app is a paid one on iOS and costs Rs 499.

The developer disagrees that skin smoothing is an issue and says ‘it doesn’t exist.’ He points out that there is “better and more aggressive noise reduction due to merged exposures.” These “merged exposures” are “reducing sharpness by eliminating sharp light/dark contrasts where light hits parts of the skin,” according to him.

Apple has discussed in its iPhone XS presentation, where it talked about how the camera will now capture a number of images, at various levels of exposure and merge them to create the best result. This is what Google is also doing with the Pixel 2 smartphones, and results in photos which are brighter, though this can come at the cost of more noise and loss of details. A comparison of Pixel 2 XL (Left) and iPhone XS Portrait shots in selfie camera taken in low-light inside a room. While Pixel 2 XL tends to still retain some of the skin texture, on the iPhone XS, the skin does appear to be smoother. (Image resized for web)

He also points out that it is not just skin, which is impacted by the iPhone XS camera, but anything which is dark tends to have a smoother look thanks to the software, which is more aggressive at noise reduction than previous iPhones.

On the selfie camera issue, he points out that because the sensor is smaller, and “takes in less light, which in turn means more noise, and thus more noise reduction.” The result of this noise reduction is that the skin appears to be smoother, thanks to the Smart HDR and computational-photography.

He’s also pointed out that shooting in RAW on iPhone XS results in not so great images, and iPhone X performs better. To fix this, the Halide app is adding a new Smart RAW feature to get better images in RAW mode, and it does this by avoiding Smart HDR  altogether.

According to With, users can turn off Smart HDR to get rid of some of the HDR impact on their photos. The developer notes that this is just the first version of Apple’s Smart HDR and the company can improve it. And if one goes by Abdul Dremali’s tweet, Apple might well be working on a fix.