The Microsoft Surface Laptop Go is pitched as a machine that squarely aimed at bloggers, writers, and school students. 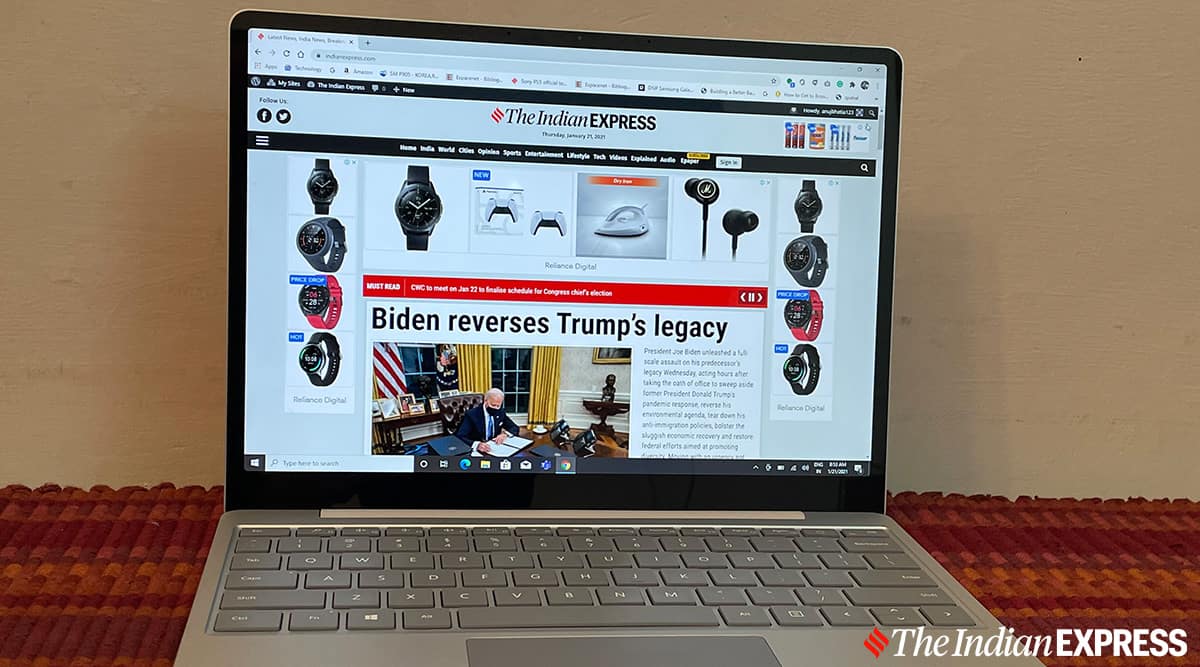 Microsoft advertises the Surface Laptop Go will get 13 hours of typical device usage, which, if the claims are true, results in all-day battery life. (Image credit: Anuj Bhatia/Indian Express)

Seeing continued momentum for laptop sales in India during the pandemic, Microsoft on Thursday announced the entry of the Surface Laptop Go into the market. According to Microsoft, its new Surface Laptop Go is a smaller, lighter, and most affordable version of the flagship Surface Laptop lineup. The Surface Laptop Go will go on sale in the country from January 22, with a starting price of Rs 63,499. The device will be made available in both commercial and consumer SKUs.

This notebook is pitched as a machine that squarely aimed at bloggers, writers, and school students. That’s not to say the Surface Laptop Go is an underpowered notebook. It is still highly functional and does everything you expect to do on a laptop, except maybe edit video and photos.

The Surface Laptop Go has a 12.4-inch PixelSense touchscreen display with fine bezels and impeccable build quality. The Surface Laptop Go is a fine example of modern design within a subtly classic exterior. The lid and keyboard deck are made of aluminum. The bottom part of the laptop, however, is made of a polycarbonate resin that’s not quite premium but doesn’t look cheap at all. It is not heavy to lift, and can fit into a small bag or can be tucked into a backpack.

The notebook, surprisingly, has a full-size keyboard and a large trackpad. The keyboard has 1.3mm of key travel, claims Microsoft. The power button doubles as a fingerprint sensor for quick biometric login. The device comes in three finishes, including Ice Blue, Sandstone, and Platinum.

Microsoft advertises the Surface Laptop Go will get 13 hours of typical device usage, which, if the claims are true, results in all-day battery life. The notebook also supports fast charging. In terms of connectivity options, the Surface Laptop Go offers a single USB-A port, a single USB-C port, a 3.5 mm headphone jack, and a Surface Connect port. The front-facing camera supports a 720p resolution and is accompanied by dual far-field microphones, and stereo speakers. 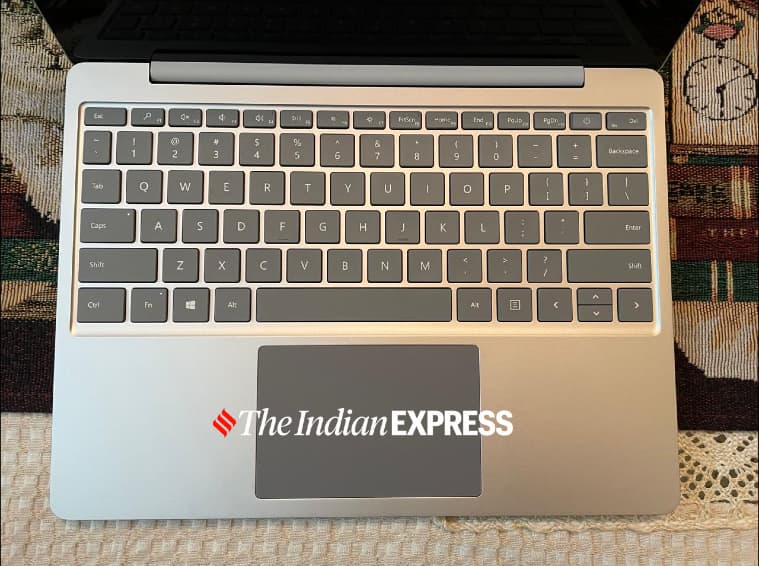 The Surface Laptop Go comes with two configurations for consumers. The entry-level includes a 10th gen Intel Core i5 CPU, with 8 GB of RAM and a 128 GB SSD. This model costs Rs 71,999. The second and the premium most configuration also comes with the same CPU but includes 8GB RAM and 256GB SSD. It will set you back by Rs 91,999.

The Surface brand is extremely popular in the US, and has gained a cult following in recent years. Microsoft’s continued focus on the Surface shows its ambitions to compete with Apple in the high-end computing market. However, Microsoft hasn’t done much to establish the market for Surface products in India, the world’s second-most populous country. This is the same market where Apple initially struggled to penetrate with its expensive Mac notebooks but has gradually become more aggressive due to partnerships with online and offline retailers.

Microsoft Surface Go 2 review: A capable 2-in-1 PC, but at a price

Experts said Microsoft needs to aggressively market its Surface devices in India to both consumers and corporate clients. Not to forget, Surface devices cost more in India as most of the products are imported. A better business strategy is expected from Microsoft in order to sell its premium notebooks and 2-in-1 in India, where consumers have plenty of options. 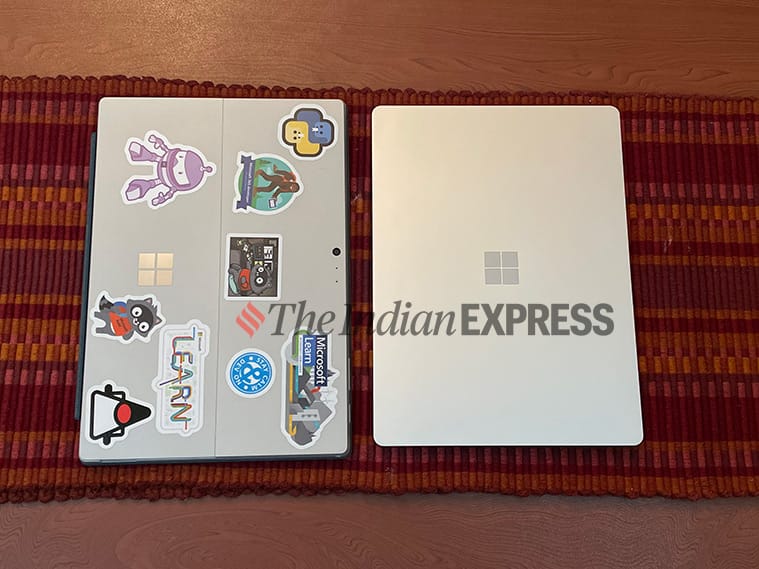 “Microsoft Surface has nicely designed products but at the price points they are at, competition is MacBooks and high-end Dell XPS range,” said IDC India’s research director Navkendar Singh. “The Surface devices are perceived as underpowered and combined that with a brand not as strong as incumbents become challenging to find volumes.”

With the COVID-19 pandemic fueling greater PC demands due to remote work and learning, Singh said Microsoft has an opportunity to surge in India, provided it brings the right products so that it can compete with brands like Dell and HP. He stressed that the Redmond, Washington-based tech behemoth needs to increase channel and distribution partners to reach out to potential consumers who are willing to pay extra for a Surface device.