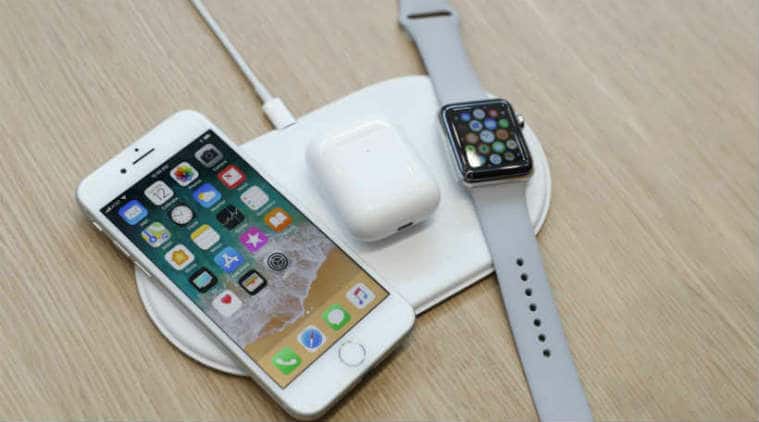 Despite the strength of its brand, Apple Inc occasionally releases a product to mediocre reviews – remember the original Apple TV or Apple Watch? But reviewers have rarely been as grumpy as this month, when Apple unveiled its collection of new gadgets for the holidays. Each product was docked by reviewers for specific functional flaws, ranging from the iPhone 8’s middling design to Apple Watch Series 3 issues with wireless connectivity, and quality problems with the Apple TV 4K’s video output.

“While Apple’s new products often generate plenty of nit-picks, the lack of enthusiasm by reviewers across the portfolio seems unique this year,” Walter Piecyk, an analyst at BTIG, said. To be sure, Apple products have gotten bad reviews in the past, only to sell like hotcakes later. And reviewers haven’t yet tested the iPhone X, which is expected to be the main object of desire when it becomes available in November. Early sales in Asia may indicate that first-adopters are holding out for the iPhone X, and that pre-orders for the iPhone 8 may be lagging behind its predecessor.

As the only models likely to be readily available in stores ahead of the holidays, the iPhone 8 and iPhone 8 Plus are great phones, but their $699 to $949 prices make them competitors for rivals’ top-end models, like Samsung Electronics Co’s Galaxy S8. The problem is that these iPhones look dated compared with Samsung’s top-end offerings, and Apple’s own forthcoming iPhone X. Perceptually, the 8-series handsets don’t offer significant upgrades over last year’s models – or even the ones before – which are still being sold by Apple at lower prices. The main additions are new camera features, a wireless charging mechanism already present on competing phones, and faster chips.

“I can’t think of a single compelling reason to upgrade from an iPhone 7,” wrote Nilay Patel of The Verge. Other reviews are more positive. “The iPhone 8 and 8 Plus will be the best phones on the market when they go on sale Friday,” said Business Insider’s Steve Kovach. “And they’ll most likely remain the best phones available until November, when the iPhone X arrives.” Another potential sign of trouble: the iPhone 8 models didn’t sell out during pre-orders, another rare occurrence for Apple phones. Though each iPhone sells in the tens of millions, the 8 and 8 Plus are overshadowed by the latest designs, especially in the iPhone X. Yet Apple fans waiting for the iPhone X in November are expected to face shortages due to reported production delays and component-supply issues.

“Pre-orders for the iPhone 8 so far are less than iPhone 7, which was the most pre-ordered iPhone at Docomo,” said Hiroko Shimoyama, spokeswoman at NTT Docomo Inc. “This may be due to iPhone X not being released until November.” Yusuke Abe, a spokesman at SoftBank Group Corp, said that while iPhone 8 pre-orders weren’t “that much, we expect adding iPhone X may exceed last year’s pre-orders.” The Apple Watch, originally released in 2015, was supposed to become the Next Big Thing at Apple, but has so far mostly languished as a pricey accessory to the iPhone. That dependence was supposed to change this year with the ability to connect to cellular networks, un-tethering it from the handset. Yet after testing the Apple Watch Series 3, reviewers panned its one-hour talk time, and others spotted connectivity problems, suggesting the new model isn’t as free as initially appeared.

“On the AT&T-connected models, the cellular connection dropped, calls were often choppy and Siri sometimes failed to connect,” The Wall Street Journal’s Joanna Stern wrote. “On the one that ran on T-Mobile, I experienced several dropped connections.” The Verge’s Lauren Goode noticed a serious connection issue as well, saying the device “would appear to pick up a single bar of some random Wi-Fi signal, and hang on that, rather than switching to LTE.”Apple blamed the issue on a bug, and said it’s working on a future software update to fix it. And other reviewers were suitably wowed, with Wired praising the Watch’s speed and microphones. The device goes on sale Friday.

The latest Apple TV also has hit snags with its eponymous upgrade: 4K video streaming. Reviewing the $179 model, Apple’s most expensive Apple TV in years, BuzzFeed said it wasn’t a significant step forward given it’s the first major upgrade since 2015. Instead, the news site described it as essentially the previous model with a faster chip to enable 4K video support – a feature that more affordable competitors have had for more than a year.

The Verge’s Patel noted the device’s high price, a lack of 4K support in major apps including YouTube, and a lack of support for the Dolby Atmos audio standard. Apple subsequently hinted that Atmos support will come in a future software update, without giving a specific timeline. Yet Patel’s biggest issue with the device was its main feature: 4K video rendering, specifically outside of iTunes, where he said the new Apple TV over-sharpens and adjusts the frame rates of certain videos to the point of visual distraction.