DC FanDome: Upcoming games 'Suicide Squad: Kill The Justice League' and 'Gotham Knights' get new trailers ahead of their 2022 launch. 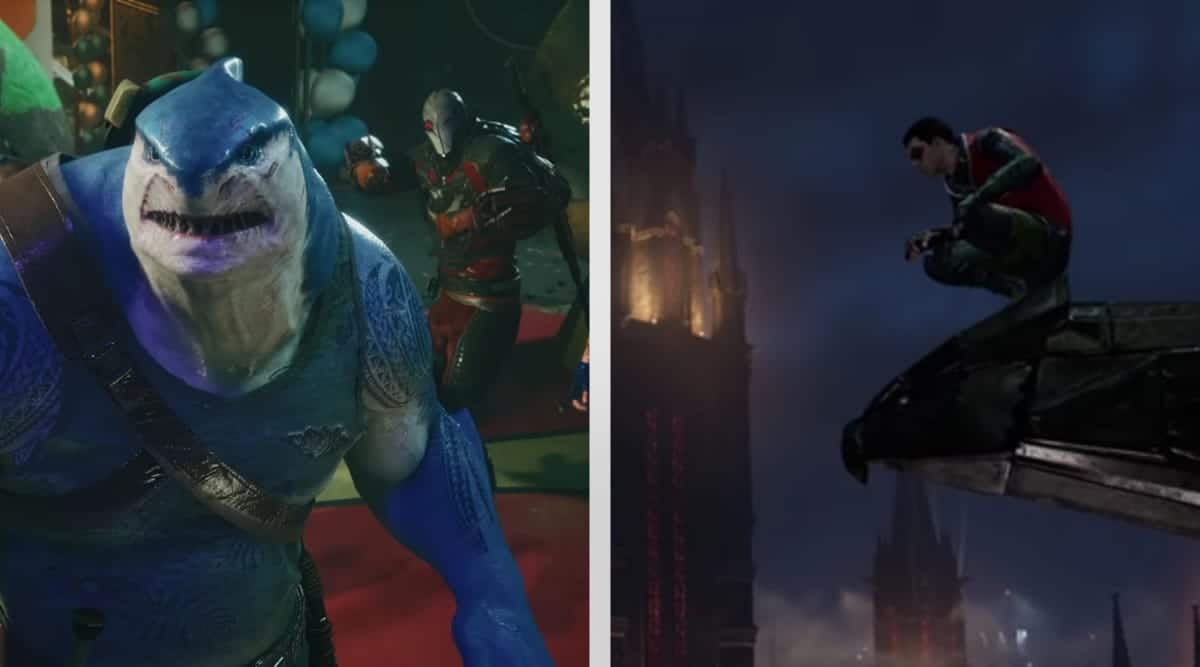 DC fans can expect two new games which include 'The Suicide Squad: Kill The Justice League' and 'Gotham Knights' next year (Image source: Screenshots of trailers)

As part of DC FanDome 2021, the company showcased two of its upcoming games. These include ‘The Suicide Squad: Kill The Justice League’ and ‘Gotham Knights’ games. While ‘Gotham Knights’ will be set in Gotham City and will be based on the Bat family, The Suicide Squad: Kill The Justice League’ game will be set in Metropolis. DC has released brand new trailers for both the games. Here is everything you need to know about these games.

The ‘Gotham Knights’ game will entail famous Batman universe characters including Nightwing, Batgirl, Robin, and Red Hood to take on the sinister Court of Owls, which is an evil corporation overseeing illegal activities that goes on in Gotham City.

With Batman out of the picture, the remaining Bat family will need to take up the Dark Knight’s mantle and step up to the challenge.

The Gotham Knights trailer kicks off with an voiceover of Penguin, who makes it clear that Batman and Commissioner Jim Gordon aren’t around anymore. The trailer boasts of some impressive cinematic visuals backed by music, that sets up the dark and captivating mood, which the Batman universe is famous for.

The trailer gives us a look into the Court of Owls which is an evil organisation, involved in kidnapping child performers from the circus and training them to be vicious assassins called Talons. The trailer also shows us the four heroes exploring secret Court of Owls lairs, all the while being watched by the Court itself.

We also get a glimpse of an old man sitting next to what appears to be the Batcomputer. Whether this is an elderly Bruce Wayne, Alfred or someone else entirely is anyone’s guess.

The game has been developed by WB Games Montréal, the studio behind Batman: Arkham Origins (2013). The game is not expected to be set in the official Batman: Arkham universe which comprises of titles including Batman: Arkham Asylum, Batman: Arkham City, and Batman: Arkham Knight. Gotham Knights is set to release on PC, PS4, PS5, Xbox One, and Xbox Series S/X in 2022, though an exact date has not been revealed as of yet.

DC also revealed a new story trailer for Suicide Squad: Kill the Justice League. The game has been developed by Rocksteady Studios, the team behind the much acclaimed Batman Arkham trilogy.

The game will be based on the Suicide Squad tasked with taking down an evil rendition of the Justice League, who have been brainwashed by the supervillain Brainiac. The trailer boasts of some impressive visuals and gives us some insight into the game.

We also see popular characters such as Superman, Flash and Green Lantern as part of the trailer.The game will entail four well-known anti-heroes from the Suicide Squad — Harley Quinn, Deadshot, Captain Boomerang, and King Shark on a mission to take down Brainiac and a corrupted Justice League.

The game will be set across an open-world Metropolis that’s set in Rocksteady’s established “Arkham-verse.” As part of the DC FanDome event, we got another cinematic preview of the game. Suicide Squad: Kill the Justice League will allow gamers to play both single-player and multiplayer cooperative gameplay.

Suicide Squad: Kill the Justice League is set to be released for PlayStation 5, Windows PC, and Xbox Series X in 2022.