Retro tech: The forgotten Apple gadgets nobody talks about anymore If you lived through the 90s, more than likely you remember these gadgets made by Apple (Image credit: Uelef/Wikipedia Commons) The image has been cropped to fit the web page.

Apple has a long and illustrious history…a company that is perceived as more than a tech firm. In its 44 years, Apple has revolutionised the smartphone and PC industries, created many new product categories and developed new business models. Under the watch of Steve Jobs, Apple has delivered many hit products: Mac, iPod, iPhone and iPad. And the culture of innovation still continues with Tim Cook at the helm.

While you may be familiar with the Apple Watch, AirPods and MacBook Air, not many know that Apple has dabbled in a number of segments where it failed to convince consumers of the value of those devices at the time. Here is a list of Apple products that were just ahead of their time.

In 1995, Apple debuted its game console in Japan, followed by a wider release in the US in 1996. Called Pippin, the game console was the result of a collaboration between Apple and Japanese company Bandai. Apple built the internals, while Bandai handled the exteriors including the casing, controls, and packaging. 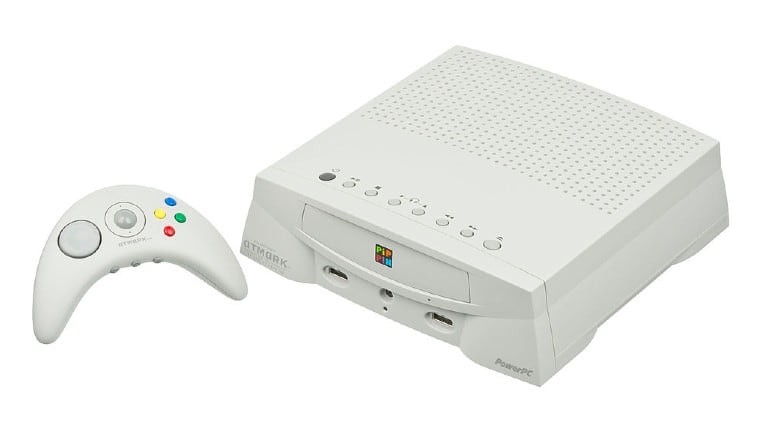 Based on Macintosh architecture, Pippin was designed to be a multimedia game console that could also connect to the internet, something that made Pippin a fascinating device. Unfortunately, the console’s high price tag of $599 and poor selection of games made Pippin obsolete soon. Pippin remains the only game console Apple has ever made.

A year before Apple debuted the iPhone in 2007, the company introduced the iPod Hi-Fi. Although many companies tried to make iPod-powered speakers before, they didn’t offer home stereo quality. Apple in a way reimagined the home stereo market with the iPod Hi-Fi. The device was huge, a single white box with a 30-pin dock connector to dock your iPod. The iPod Hi-Fi was controlled using Apple’s universal IR remote. While it was a great speaker with excellent audio quality, the iPod Hi-Fi only worked with third-generation iPods or those that came after. Many also found the $349 price hard to swallow. The iPod Hi-Fi was discontinued in 2007 after being on the market for 20 months.

The Newton MessagePad was Apple’s bold attempt at creating a personal digital assistant (PDA) way back in 1993. It might not have been a huge success, but it did pave the way for mobile devices. The Newton’s biggest feature was handwriting recognition which allowed users to write on the device’s screen with a stylus and the Newton would translate the handwriting into digital text. It also had an infrared networking capability that lets you beam emails and messages from it wirelessly. On paper, Newton seemed to be a perfect device, but the execution was flawed. The handwriting recognition was bad and the data transfer was slow. Apple released seven models in over six years before the Newton line was killed by Jobs upon returning to the company in 1997.

At a time when John Sculley became the CEO of Apple, the company ventured into the consumer camera market. The QuickTake 100, released in 1994, was built by Kodak. This was a time when digital cameras were still in the infancy and $700 was a lot of money to pay for Apple’s QuickTake. 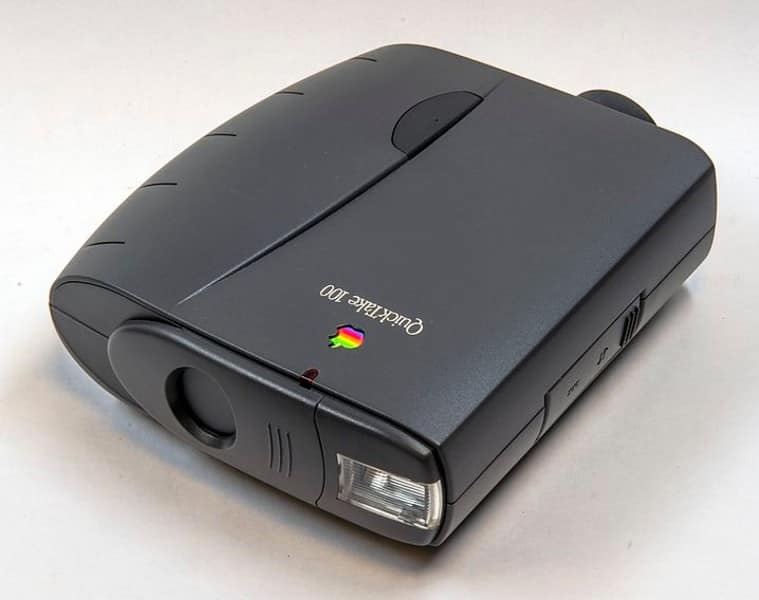 The QuickTake wasn’t a commercial success per se, it did pioneer the digital camera market. It had a binocular-like design and captured images at 640×480 and could snap eight photographs. The QuickTake was essentially a 0.3MP camera. A total of three models were released before Steve Jobs discontinued the QuickTake lineup after taking the charge of Apple in 1997.

If you thought the $5000 Mac Pro is expensive, think again. On March 20, 1997, Apple released the 20th Anniversary Macintosh, or TAM for $7,499. The limited-edition computer showed Apple’s design prowess and the ability to sell a $7,499 all-in-one PC to consumers in the late 1990s. It was designed by a young Jony Ive. The TAM wasn’t another AIO. 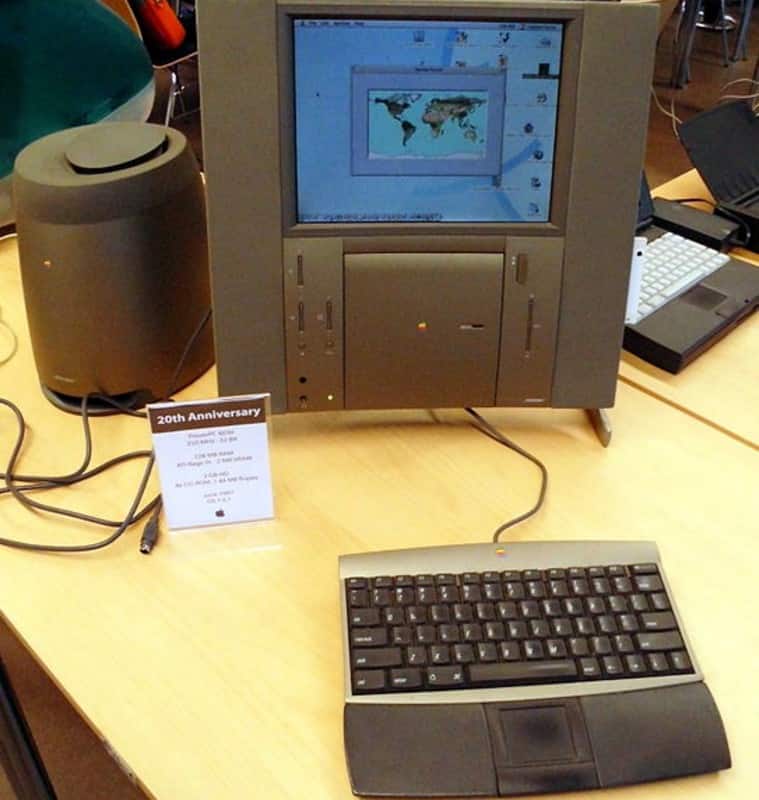 The Mac was pitched as a complete home entertainment solution with a 12.1-inch LCD screen, a custom Bose stereo speaker, leather palm rests on the keyboard, a built-in TV / FM tuner and remote, and a CD-ROM drive. The machine was constructed with gold-colored plastic, fabric, and Italian leather. Only 12,000 units of TAMs were made. The device was so exclusive that a person in a tuxedo would come and set up the Mac at customer’s homes. If you are interested in the 20th Anniversary Macintosh, you can still buy used ones on eBay for upwards of $2000.

Imagine a Macintosh that doubles as a TV. Well, in 1993, Apple did launch such a product that could be used as both a computer and cable-ready television. The Macintosh TV essentially used a 14-inch Sony Trinitron CRT display and the included card-sized remote could be used to control it. The Mac resembled a Macintosh LC 500 series, but it was fitted with a TV tuner that converted into a fully-backed TV set. 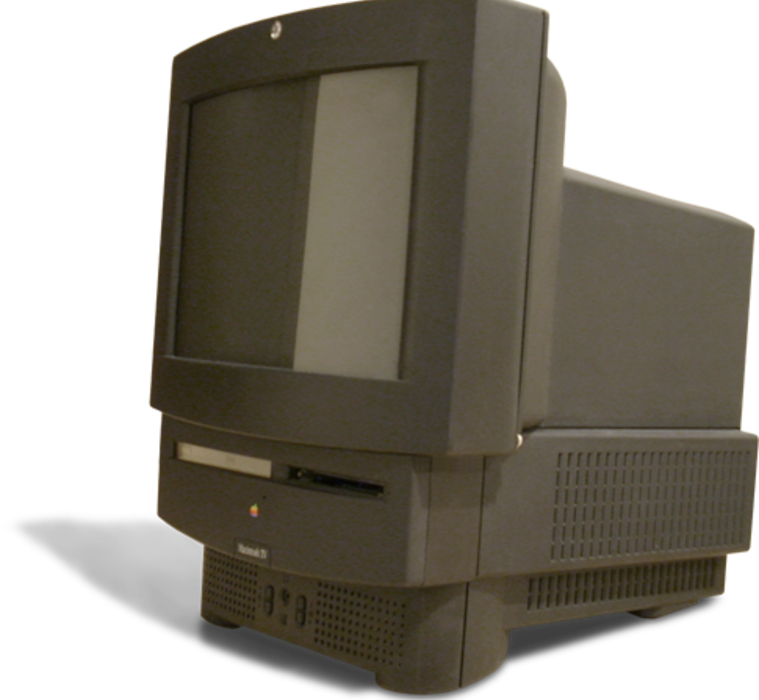 Twenty years ago, Apple introduced the revolutionary PowerMac G4, a computer that came in a tiny eight-inch cube. Rather than sticking to a traditional tower design, Jony Ive thought of creating a computer that was an eight-inch cube suspended in a thick, translucent base. The design was to give the impression that the machine was floating in the air. The G4 Cube was fanless, making it extremely quiet. 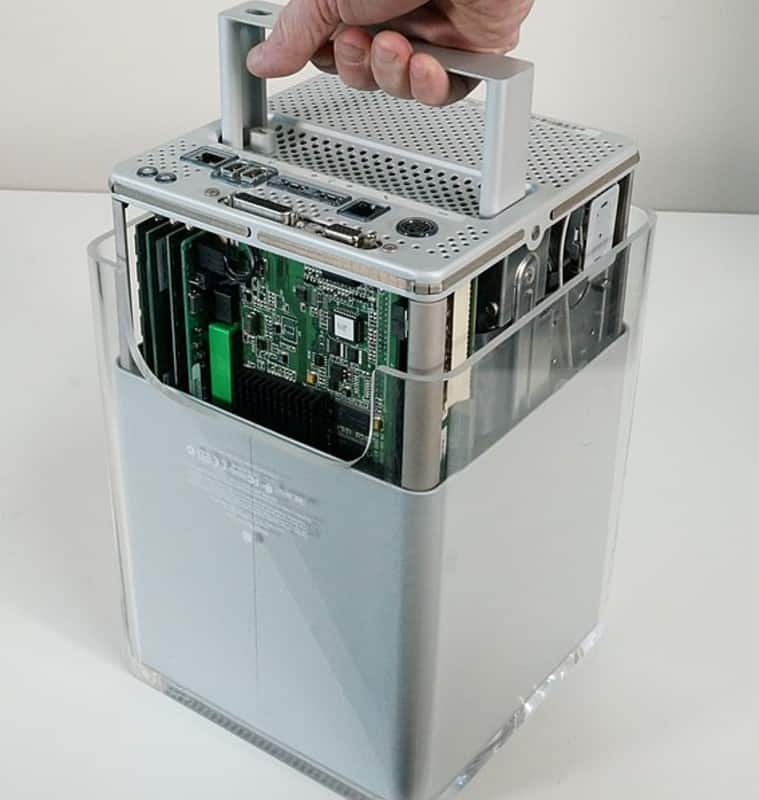 The machine was an experiment of sorts of creating a computer for those who want the goodness of an iMac but don’t need all the power of the G4 Tower. The lack of expandability and low-end specifications miffed many power users. In July 2001, even before the device completed a year, Apple discontinued the G4 Cube. The $1800 might not be the massive success Apple had originally anticipated, the G4 Cube remains the company’s best-looking Mac ever created. The New York Museum of Modern Art has a G4 Cube as part of its collection.

The one Apple device no one remembers is the iSight camera. Introduced at WWDC 2003, the iSight was Apple’s external video conferencing camera. The iSight sold for $149, and was the most expensive external web camera of its time in the market. Not many remember this, but the iSight was the first Apple product to be crafted out of aluminum. 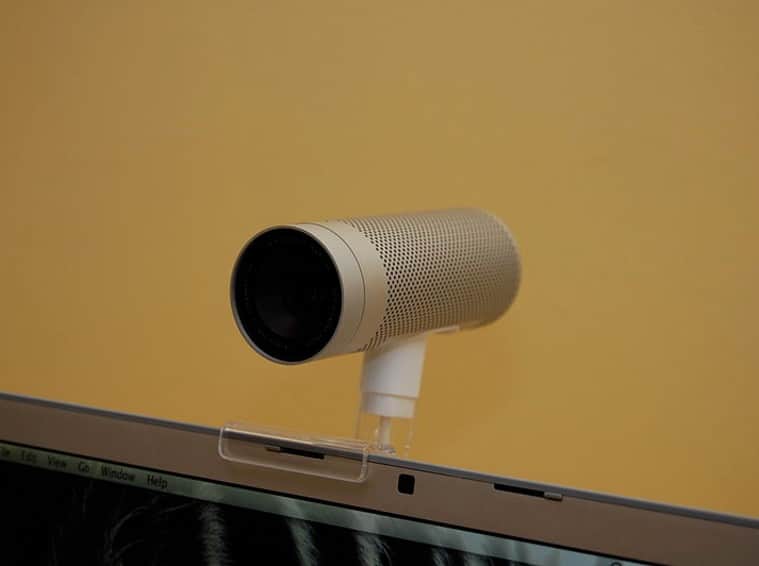 The iSight was designed to be mounted on the Mac’s display or on your desk. It featured a 1/4-inch CCD sensor with a F/2.8 aperture lens and a resolution of 640x480p. One of the best parts of the iSight was a mechanical privacy shutter that could be opened and closed by twisting the ring around the lens. It also came with a dual-element microphone for noise suppression. The iSight was designed to work with the PowerBook G4 Aluminum, iBook G4, and the iMac G4. A year later, Apple included a built-in web camera in the iMac G54. The iSight webcam was officially discontinued in 2008.

Long before the iBook was released, Jony Ive designed the eMate 300. Targeted primarily at the educational market, the eMate 300 was the first and only Newton-OS device that had a keyboard and a stylus. The eMate was visually appealing, just like any other Jony Ive’s designed product. It had a distinctive design with translucent colored plastic casing, a curvy clamshell body, and carrying handle. It ran on Newton OS and came with handwriting recognition, stylus and up to 28 hours of battery on a full charge. 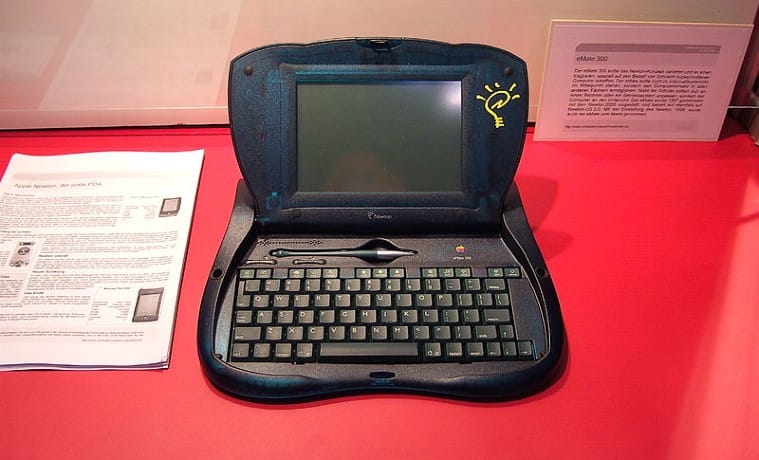 Incidentally, the eMate 300 was also the first Apple notebook to run on an ARM processor. And yes, it supported a touchscreen display. First introduced in March 1997 for $800, the eMate 300 was discontinued, along with the entire Newton line in 1998. Many regard the eBook 300 as the forward-looking laptop of its time. The eMate 300’s design influence can be seen on many Apple products, including the iMac G3, iBook and Power Mac G3.