Nikon D850 to go on sale on September 7: Here’s our first impression

Nikon launched their newest full-frame flagship DSLR, the Nikon D850 at an event in New Delhi. The camera comes at a time when Nikon is celebrating not just 10 years of its presence in India, but also its 100th birthday. Keeping that in mind, the company made extra efforts to make the Nikon D850 special. […] 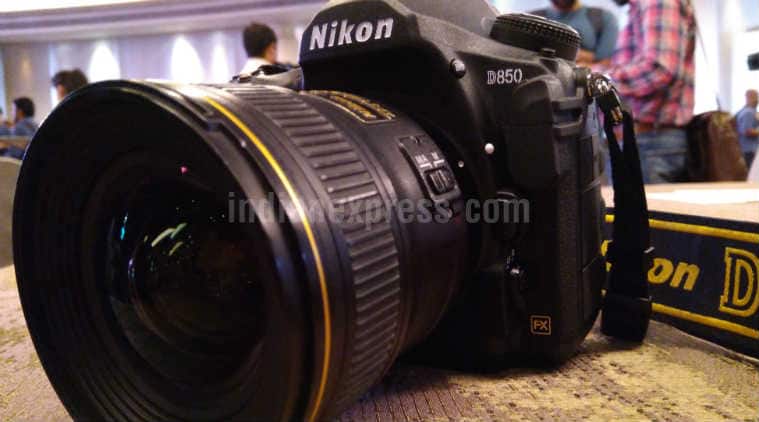 Nikon launched their newest full-frame flagship DSLR, the Nikon D850 at an event in New Delhi. The camera comes at a time when Nikon is celebrating not just 10 years of its presence in India, but also its 100th birthday. Keeping that in mind, the company made extra efforts to make the Nikon D850 special.

According to Kazuo Ninomiya, Managing Director for Nikon India, Nikon made so many upgrades to the successor of the Nikon D810 that they decided to name it D850, skipping all the other numbers in between. Sure enough, the D850 is Nikon’s most ambitious full frame DSLR at the moment, bringing promises of speed, accuracy and top-notch quality to its users. We spent some time with the camera at the launch and here is everything you need to know about it.

Nikon D850 sports a full frame 45 megapixel sensor. However, this is not a regular imaging sensor. For the first time, Nikon has turned to using Back-Side Illuminated sensors in its DSLRs, making the D850 a first of its kind. While the pixel cramming can have a negative effect on the low light performance, the use of a BSI sensor is bound to offset those effects. Complimenting the pixel-packed sensor is the EXPEED 5 image processing chip, which allows the Nikon D850 to shoot at a burst rate of 7 frames per second.

Given the average file size of 62MB for a 14-bit uncompressed RAW file, it is impressive just how much data the EXPEED 5 chip can crunch in under a second. There is a dedicated 180K pixel RGB sensor for metering scenes, which lends an unprecedented amount of reliability on exposure metering. Nikon says this is the same metering system found in the D5. Another feature right out of the D5 happens to be the 153-point AF system, with 99 cross-type points. 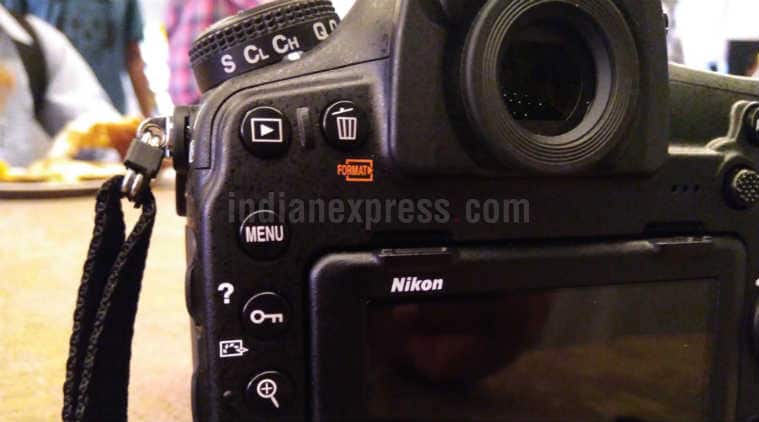 For the first time, Nikon has turned to using Back-Side Illuminated sensors in its DSLRs, making the D850 a first of its kind.

Nikon has tweaked the sensitivity of the AF module to allow it to work in light as low as -4EV, which is pretty impressive. Beyond the AF and the sensor, the Nikon D850 comes with a full size HDMI port, a USB-3.0 port to transfer large RAW files quickly, Wi-Fi and Bluetooth connectivity along with a host of ergonomic improvements. The D850 sports dual memory card slots, one SD card and one XQD card slot. Saving the best for last, Nikon has really pushed the envelope as far as video features are concerned. The camera is capable of shooting 4K video and can also shoot in-camera 8K time-lapse. There is also a slow-motion video mode which shoots footage at 120fps in 1080p.

We had very brief time with the Nikon D850 (which was paired with the AF-S NIKKOR 24mm f/1.4G ED) and could only shoot a handful of images of what was readily available at the launch venue. Most of the shots were taken in the lesser lit part of the venue (where the lunch was being served) and hence, ISO was set at a minimum of ISO 2500 and as high as ISO 5000. Wide lenses are generally quicker to focus than their telephoto counterparts, so we’ll reserve judgement on the speed, but what was exceptionally impressive was that the camera locked focus on the intended target every single time. 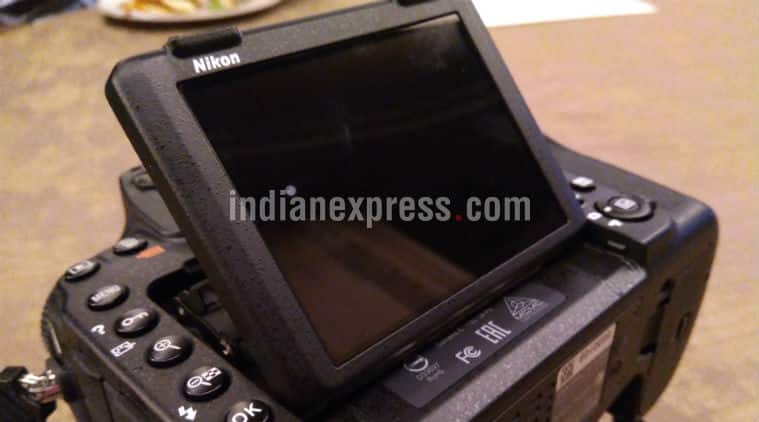 Saving the best for last, Nikon has really pushed the envelope as far as video features are concerned. The camera is capable of shooting 4K video and can also shoot in-camera 8K time-lapse.

We did not see any front or back focus, even for subjects that were under direct, strong light. Even when shooting at ISO 5000, images look completely noise free and the 45 megapixels worth of pixel-estate means you’re getting incredible level of detail. We should clarify though, we didn’t take any images at an aperture value higher than f/4.0, so we’re going to reserve any judgement on diffraction artefact for our detailed review. 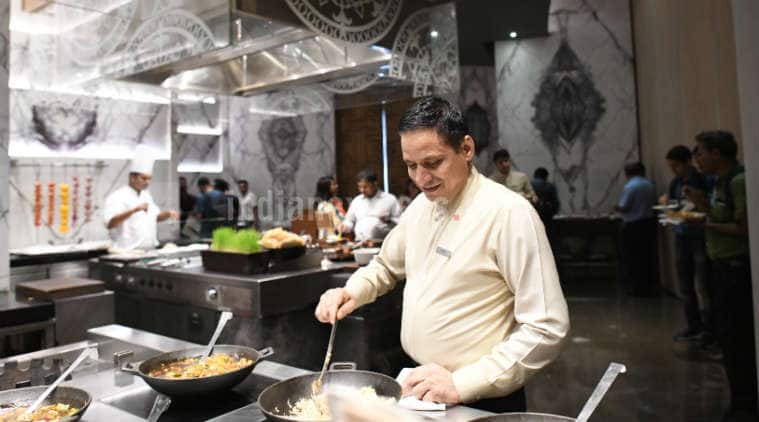 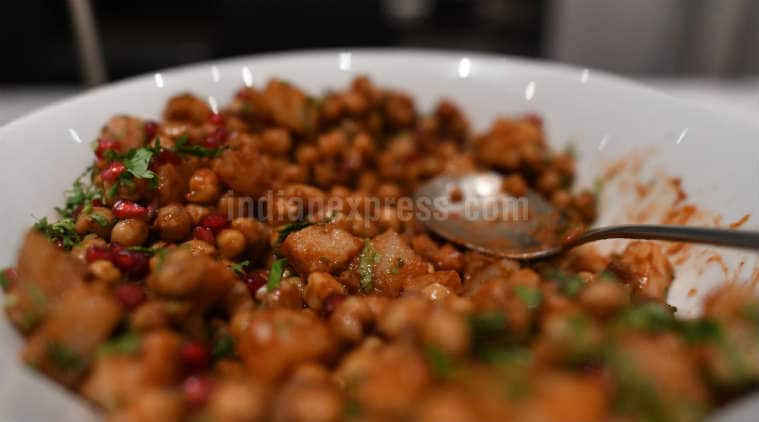 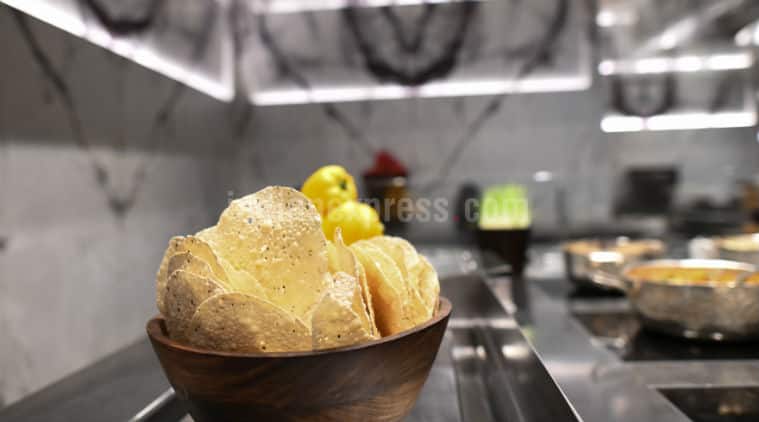 Nikon D850 is not a light camera by any standard, weighing 950 grams without a lens. For any professional, this setup could easily tip the scales at 1.3KGs when the camera is paired with an FX lens. Thankfully, the grip on the D850 is very well designed. The hump around which you will wrap your fingers is textured, contoured and deep. It is very easy to get your fingers locked around the camera securely and in our brief time with the camera, it didn’t feel cumbersome to operate. 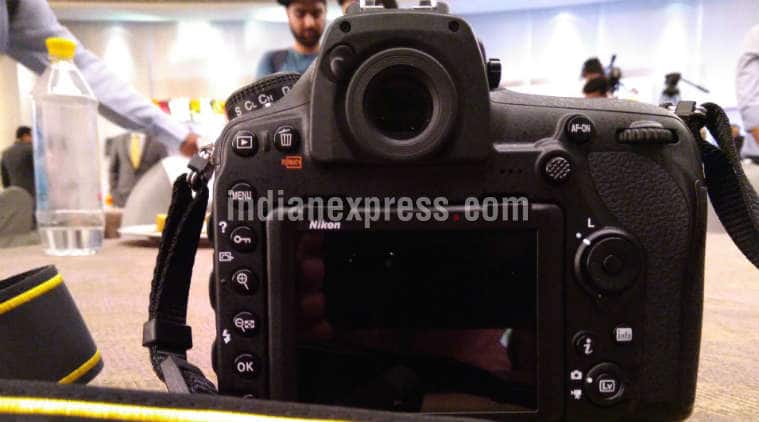 Nikon D850 is not a light camera by any standard, weighing 950 grams without a lens.

Nikon has chosen to remove the built-in flash, a feature that no professional has ever been seen using, in favour of better weather sealing. The dial on the left gives you access to various shooting modes, while the buttons on top allow for quick access to metering, white balance, image quality and PASM options. Nikon has also integrated a rubber nipple on the back to help move the focus points around, which is much easier to use in comparison to the traditional D-pad (which is still present).

While we did not pick up any video samples that could be used to accurately depict the capabilities of the camera, it is commendable that Nikon has managed to put 4K UHD recording into their flagship. Canon has shied away from doing so due to performance concerns, it still remains to be seen whether Nikon’s video capabilities can be executed flawlessly. In addition to the 4K video, the D850 also supports in-camera 8K time-lapse capture. 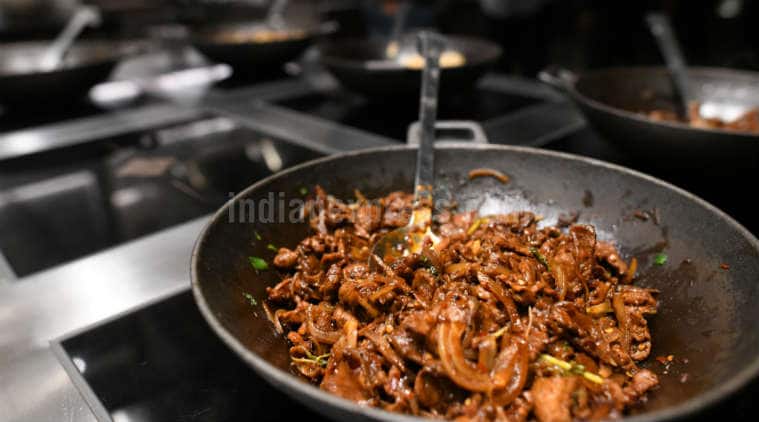 This is fine for anyone who’s not experienced in shooting a time lapse, as it will save them time in post-production, but veterans of the discipline would much rather shoot the old school way and leverage the entire 45 megapixel worth of resolution, and possibly even the latitude in edit offered by RAW editing. Either way, the camera gives you the ability to shoot good time-lapses, provided you can execute them. This is a feature we are very excited about and will test it out thoroughly in our in-depth review.

For the first time, Nikon will make a camera available in the Indian market at the same time as the international counterparts. The Nikon D850 will go on sale on September 7 for a retail price of Rs 2,54,950 while the kit option (AF-S Nikkor 24-120mm f/4G ED VR) will make your pocket lighter by Rs 2,99,950. At first appearance, it looks like Nikon has really taken the megapixel war to the next level, pairing a high resolution sensor with high speed performance. For anyone wondering, there is also tilting screen on the back which is touch enabled. There is no doubt the Nikon D850 would be a great studio camera with its resolution capabilities, but whether it can be your all-round performer while being a lucrative value for money proposition remains to be seen.