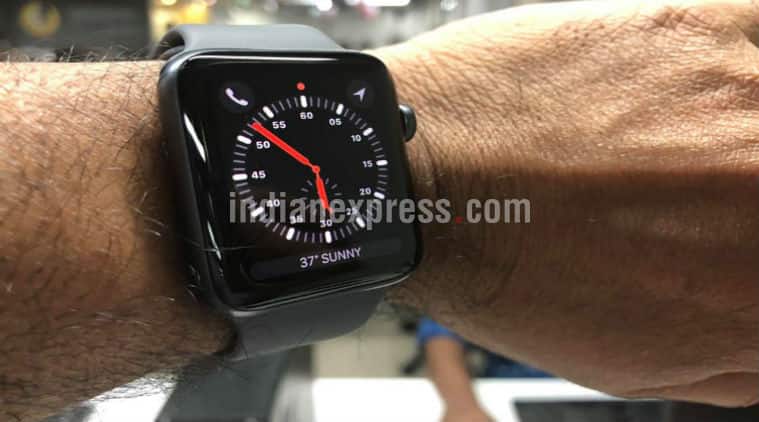 The launch of the Apple Watch Series 4 brought about a price drops for the previous generation Series 3 models. Starting today, consumers will be able to buy the Series 3 GPS at a starting price of Rs 28,900, down from Rs 32,380. Meanwhile, the Series 3 Cellular edition starts at Rs 37,900, down from its initial price of Rs 39,080. Apple Watch Series 3 was announced last year, alongside the iPhone X, iPhone 8 and iPhone 8 Plus.

The Apple Watch Series  3 comes in sizes: 38mm and 42mm. The Series 3 offers all-day battery life; Apple claims 18 hours of mixed cellular and non-cellular usage.The third-generation Apple Watch features a new dual-core processor that offers 70 per cent more performance, and a W2 chip that offers 80-per cent faster Wi-Fi, while being 50 per cent more efficient. Apple Watch Series 3 currently runs on watchOS 4, but it will be upgraded to watchOS 5 which will be released on September 17. The watchOS 5 bring with it a host of new features that will radically change how consumers use the Apple Watch.

A day earlier Apple announced the Series 4 at its high-profile fall event in California. Apple Watch Series 4 starts at $399 for the 40 mm case size and $499 for the 44 mm. The latest smartwatch sports a screen 30 per cent larger and , the hardware also has improved health functions that allow it to perform a electrocardiogram.The product will then start shipping on September 21 in the US.  However, in case consumers want the newest version – the Series 4, you have to wait for a few more days. Apple is yet to indicate when it plans to bring the Series 4 to India.