Alphabet CEO Sundar Pichai reveals his plans about cryptocurrency: Here’s what he said

Cryptocurrency adoption is growing around the world. As of 2021, TripleA, a research company estimated global crypto ownership rates at an average of 3.9 percent, with over 300 million crypto users worldwide. 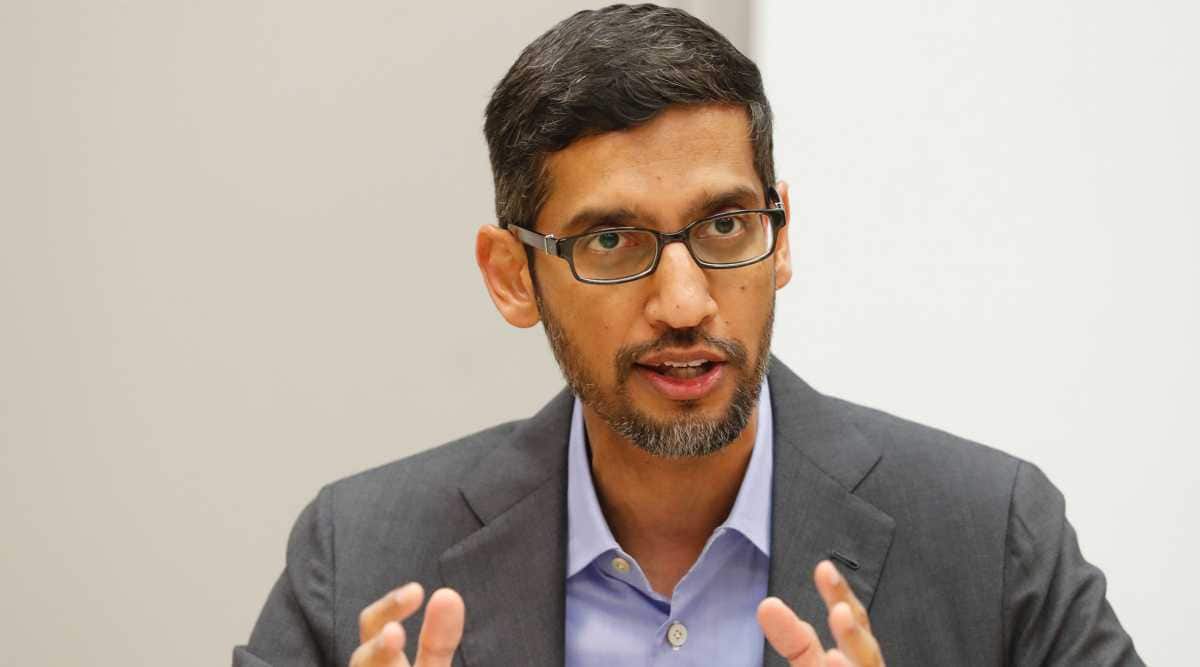 Alphabet and Google chief executive officer (CEO) Sundar Pichai spoke about his cryptocurrency plans and revealed that he does not own any, adding that wish he did, in an interview with Bloomberg Television. “I’ve dabbled in it, you know, in and out,” Pichai said.

Interestingly, Pichai had said in 2018 that his 11-year-old son, was mining cryptocurrency Ethereum on the family PC at home.  “Last week I was at dinner with my son and I was talking about something about Bitcoin and my son clarified what I was talking about was Ethereum, which is slightly different,” Pichai exclaimed. “He’s 11 years old. And he told me he’s mining it.”

Recently, Apple CEO Tim Cook revealed that he is a crypto investor and holds digital coins. Cook was answering Andrew Ross Sorkin, who was hosting the New York Times’ two-day online summit. The Apple CEO shared his thoughts on the hot topic of cryptocurrencies such as Bitcoin.

However, Cook dismissed the idea of accepting cryptocurrency via Apple Pay anytime soon. He explained that Apple is “looking at” crypto, but has no plans to launch such functionality in Apple Pay.

Meanwhile, Indian Prime Minister Modi called on all democratic nations to ensure that cryptocurrency doesn’t end up in the wrong hands and spoil the youth while speaking at the Sydney Dialogue. The PM said in his speech, “But we also face new risks and new forms of conflict across diverse threats, from sea-bed to cyber to space. Technology has already become a major instrument of global competition and key to shaping the future international order.”

Cryptocurrency adoption is growing around the world. As of 2021, TripleA, a research company estimated global crypto ownership rates at an average of 3.9 percent, with over 300 million crypto users worldwide. And over 18,000 businesses are already accepting cryptocurrency payments.

India ranks second in terms of crypto adoption worldwide behind Vietnam, but ahead of countries such as the US, UK, and China, according to the 2021 Global Crypto Adoption Index by blockchain data platform Chainalysis. A survey by crypto research and intelligence firm CREBACO, added that cryptocurrency investment in India now stands at over $10 billion.

Advertisement
Disclaimer: Cryptocurrency is an unregulated space and digital currencies are not backed by any sovereign authority. Investing in cryptocurrency comes with market risks. This article does not claim to provide any kind of financial advice for trading or buying cryptocurrency.
© IE Online Media Services Pvt Ltd
First published on: 19-11-2021 at 13:23 IST
Next Story