Santa Floki coin — named in a Christmas-themed reference to Musk’s Shiba Inu hound, was up an additional 500 percent over the past 24 hours. 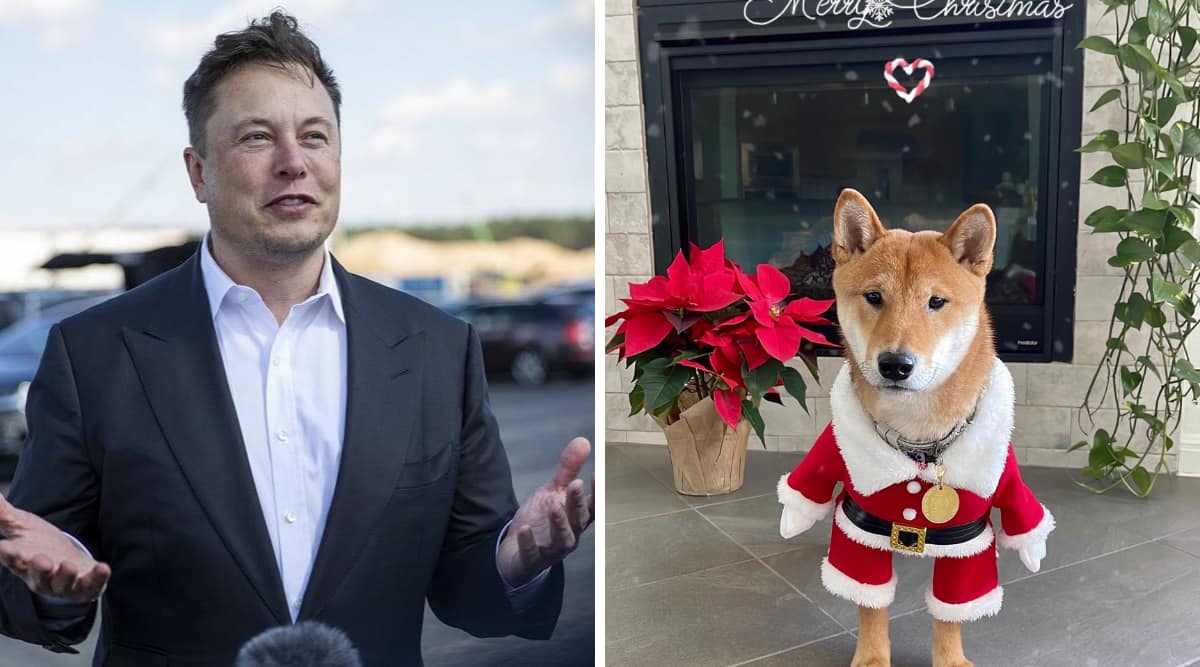 A cryptocurrency named after tech Billionaire Elon Muk’s dog, surged more than 4,000 per cent in value after the Tesla CEO posted a photo of his dog on Twitter. According to CoinMarketCap data, Santa Floki coin — named in a Christmas-themed reference to Musk’s Shiba Inu canine, was up an additional 500 per cent over the past 24 hours.

In a tweet on December 25, Musk posted a photo of his dog wearing a Santa costume with the caption “Floki Santa.” However, Musk’s tweet did not indicate any reference to Santa Floki coin but the Floki creators pounced on the opportunity to promote their coin. “@elonmusk just tweeted about us and we are humbled by this recognition!” the creators declared on Twitter.

Read more |Poly Network to Squid token scam: All the cryptocurrency heists of 2021

Meanwhile,the creators of Santa Floki coin claim that the cryptocurrency based on the philosophy that those who want to do good should come together and contribute to the less fortunate. “We believe in the principles of sharing wealth through passive income and planning to donate to reputable charities such as Save The Children,” read the description about the cryptocurrency on CoinMarketCap.

Read more |Shiba Inu was the most viewed cryptocurrency in 2021, surpassing Bitcoin: CoinMarketCap

The tech billionaire is a staunch support of meme coins, few weeks ago, Musk endorsed Dogecoin— a ‘meme’ cryptocurrency, over Ethereum saying that DOGE can be used to make Decentralised Finance (DeFi) more accessible to everyone. Musk had once changed his Twitter bio to “Former CEO of Dogecoin.”

Dogecoin was created in 2013 by software engineers Billy Markus and Jackson Palmer as a faster but “fun” alternative to Bitcoin. It was started as a satire on the numerous fraud crypto coins that had sprung up at the time, and takes its name and logo from a Shiba Inu meme that was viral several years ago.

WhatsApp Communities to allow multiple groups to be linked together