WWE WrestleMania 36 2020 Results, Highlights: It was a night to remember. (Source: wwe.com)

In the second part of the show, what was particularly interesting was John Cena’s battle against “The Fiend” Bray Wyatt where both of them travelled through time only for the Fiend to win by pinfall with Wyatt counting to three.  This edition of Wrestlemania was shot in the empty WWE Performance Center in Orlando. Scroll down for all the highlights-

A Wrestlemania to remember

Against all the odds and against the world's current problems  WWE presented two amazing nights of Wrestlemania!

McIntyre can now be "the man" after a long journey to the top.

Mcintyre moves swiftly aside out of the next F-5 attempt and hits a Claymore Kick. But he is not done yet and hits another Claymore Kick- fourth of the match. Three counts and Drew McIntyre wins!

YES! YES! YES! HE DID IT! HE DID IT! DREW DID IT!!!! ITS BEEN A LONG TIME COMING BUT DREW FUCKING MCINTYRE IS WWE CHAMPION!!!!! 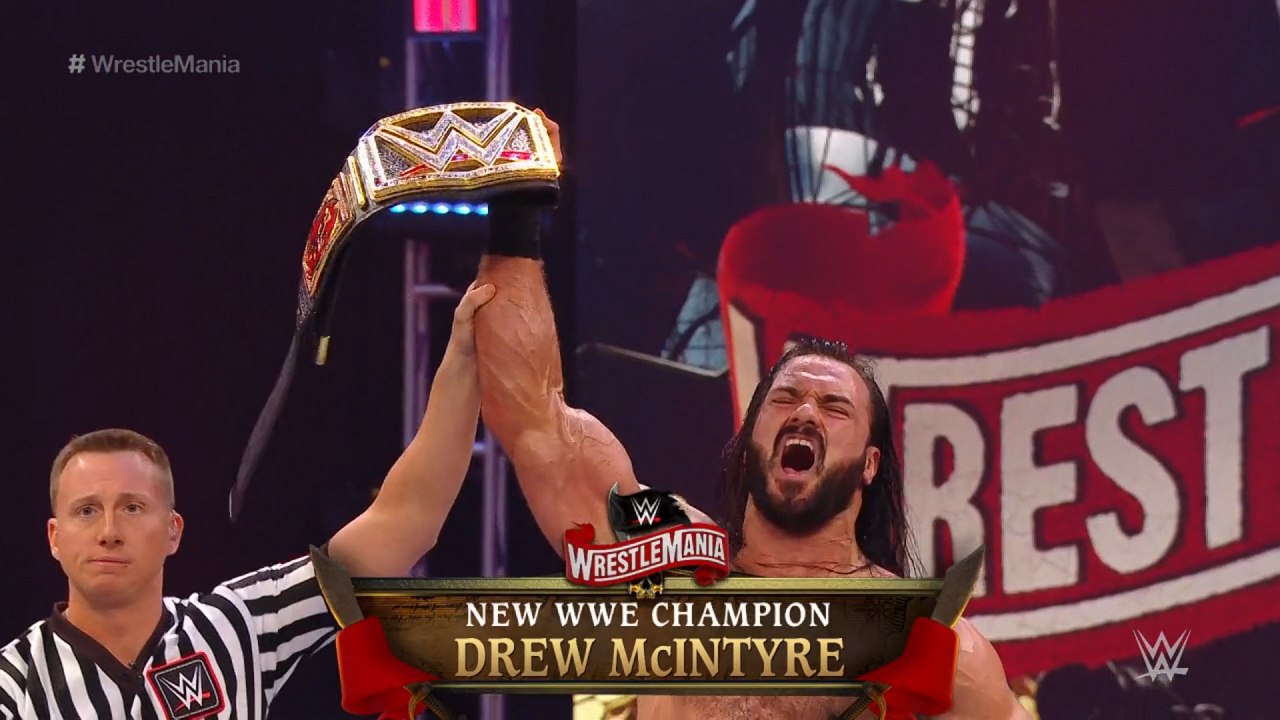 McIntyre keeps kicking out and Heyman tells Lesnar to keep hitting the F-5, yelling "He can't keep kicking out!"

Kick out at two

Lesnar charges McIntyre from the opening bell, driving him into the corner and hitting several shoulder blocks in the corner. McIntyre with a Claymore Kick early but Lesnar kicks out at two!

NEXT UP: Lesnar vs Mcintyre

Now we move to the main event of the night. DREW MCINTYRE vs BROCK LESNAR WWE CHAMPIONSHIP ON THE LINE!

After cutting through several promos, The Fiend arrived in the ring, standing behind Cena. He then locks him with the Mandible Claw, while Wyatt makes the three. This was one of the most bizarre but certainly entertaining events in the history of WWE. WWE is certainly giving something back to their fans.

Everything about that Firefly Funhouse Match was so good #WrestleMania pic.twitter.com/fZ7F8aKeRv

"This is such good shit"

John Cena in the NWO with Vince saying "This is such good shit" on commentary. This is masterpiece. 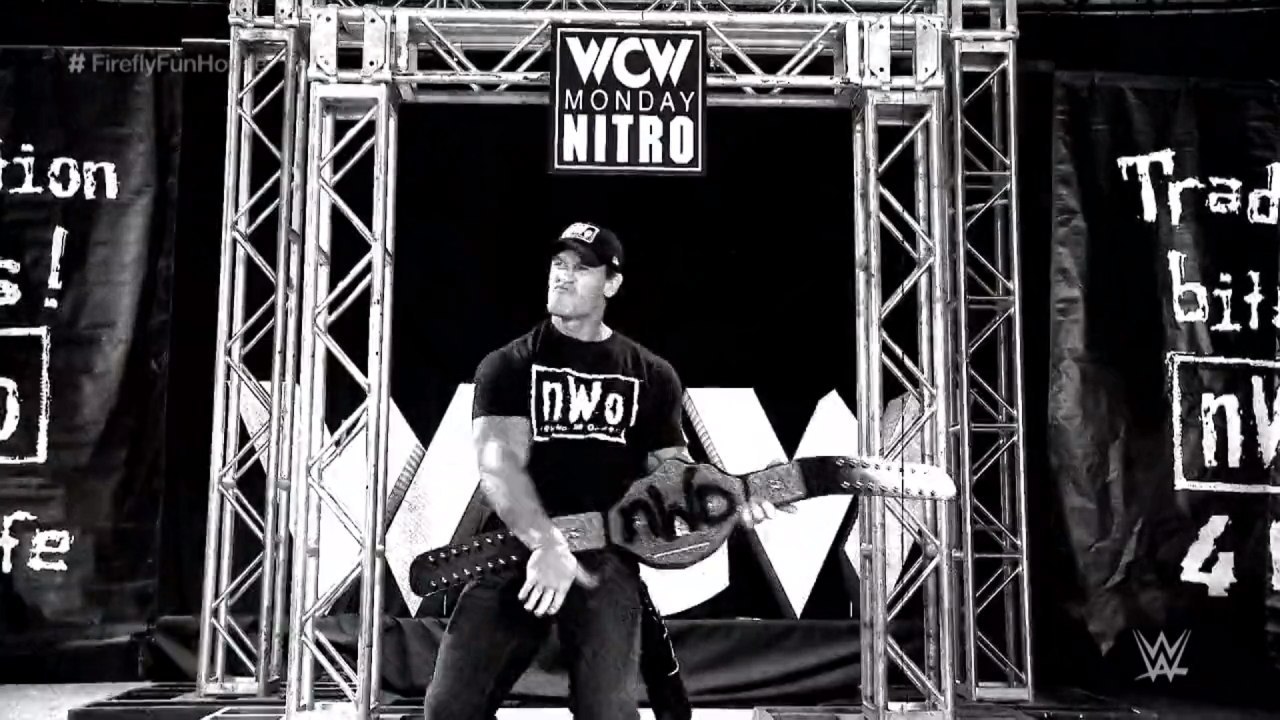 John Cena finally “turns heel” and Bray Wyatt is channeling Eric Bischoff ... This has been nuts and pleasantly surprising so far. 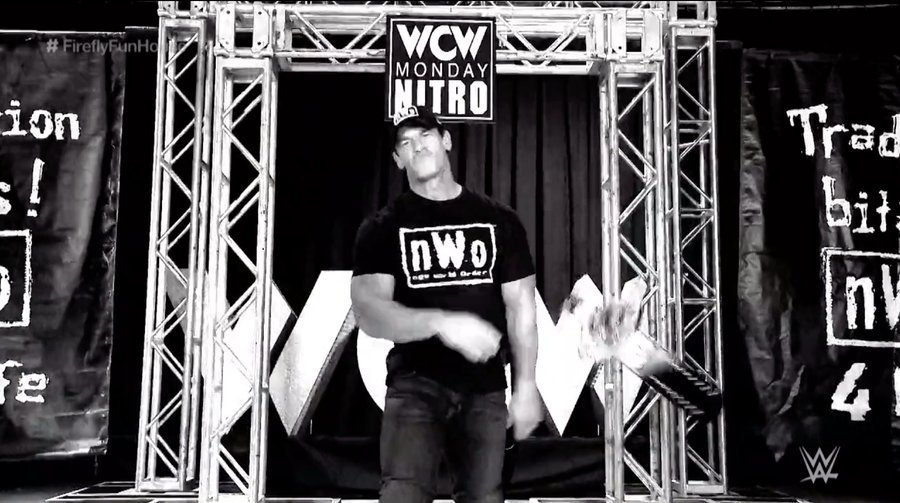 This is the greatest match in WrestleMania history and there’s been no wrestling. Taking cena back in time to relive his early days playing mind games on him this is brilliant- The Bella’s theme music, 80’s wrestling promo, the Doctor of Thuganomics, the Protoype, ... 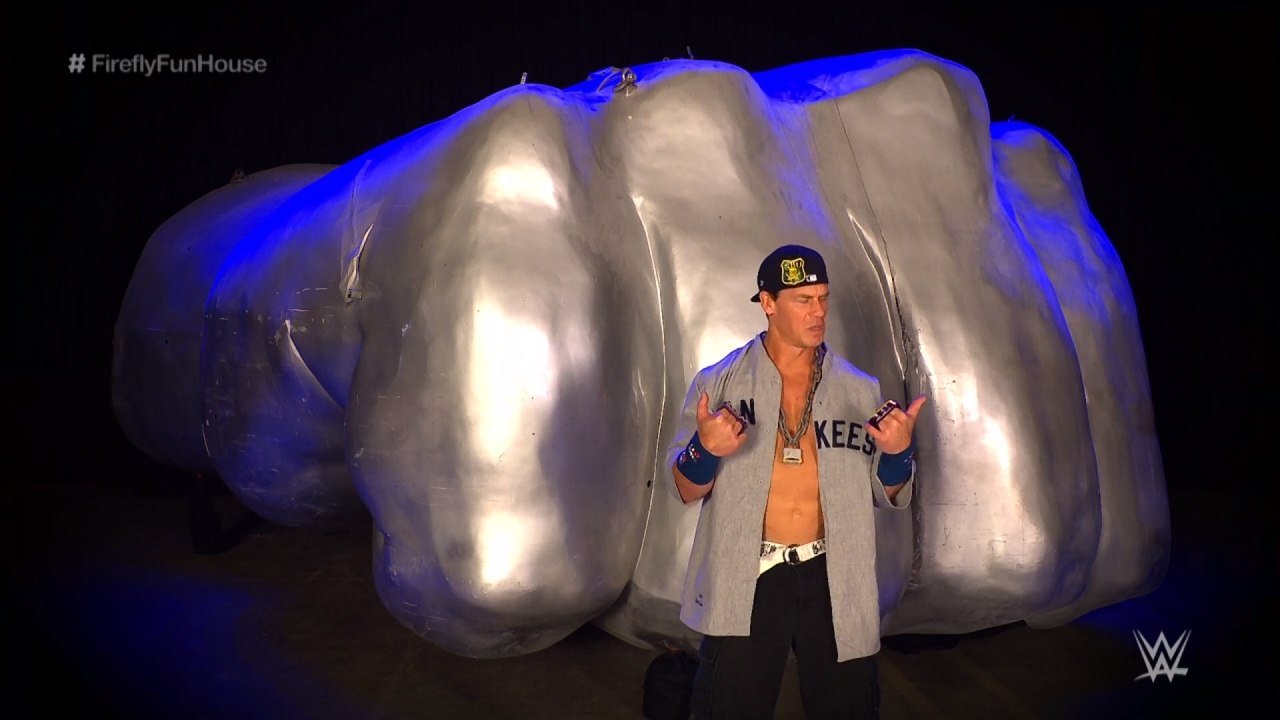 Wyatt is inside the ring and Cena appears in the Ruthless Agression Era Gear, and now the fans are taken back to Cena's "Basic Thuganomics". Cena is perplexed and meanwhile Wyatt knocks Cena down with a punch.

Thank you for this Mr Wyatt. #WrestleMania pic.twitter.com/FPTMozj3C0

John Cena vs. Bray Wyatt in a Firefly Fun House match is up next

Bray Wyatt is in the Firefly Fun House and he asserts that tonight John Cena will face the most dangerous opponent of his career, himself. Cena, now appears inside the house and leaves. He is then confronted by Vince McMahon's puppet. More to follow...

Sasha Banks returns to the ring to help her friend Bayley and the official can do nothing about it, considering it's a no disqualification match. The assist by Banks was enough for Bayley to knock Lacey Down and retain the title.

The match so far..

Naomi is the second member to be eliminated and Sasha Banks too is taken out of the equation by Lacey Evans. It's Lacey Evans vs Bayley, who will win the contest?

Bayley defends her title against Sasha Banks, Naomi, Lacey Evans and Tamina and it seems that everyone is trying to eliminate Tamina first. However, she is a tough candidate as she fights all the wrestlers comfortably. But the unity of the four superstars eventually proves too much for Tamina as she is the first one to be eliminated from the contest.

The Street Profits are the RAW Tag Team Champions. Bianca Belair just helped them out, which could lead to her being on RAW. You know who else is on Monday Night RAW? Becky Lynch!

Up next: Raw Tag Team Championships

Up next at WrestleMania - The Street Profits defend their Raw Tag Team Championships against the makeshift but exciting team of Angel Garza and Austin Theory.

In a brutal yet entertaining match, Edge changed the course with a spear leaving Orton sprawling on the floor. Edge then keeps his head on a chair-walks forward, crying before delivering the con-chair-to. Referee makes the count, giving Edge the win in his first singles match since his return. The Rated R Superstar did what he had to do by giving Orton a Conchairto on top of a trailer! EDGE defeats Orton!!

Third RKO of the night!

Elbow of a cage (effectively) through a table. Both men up at 8. ANOTHER elbow drop from the ceiling?!? When's the last time you saw an elbow drop FROM THE CEILING?

Edge is killing it with some of this creative offence in this match so far.

It just screams the creativity that was involved in the original ladder and TLC matches.#WrestleMania pic.twitter.com/JjDJRwRAi2

John Cena is set to return to The Showcase of the Immortals for what promises to be an incredible showdown against “The Fiend” Bray Wyatt. The WWE Universe has witnessed Cena compete in a slew of classic WrestleMania matchups against some of the squared-circle’s most iconic Superstars, from The Undertaker to Triple H to Shawn Michaels to The Rock. But, just when it seemed as if the 16-time World Champion may have fought his final battle on The Grandest Stage of Them All, HE was there to pull him back in.