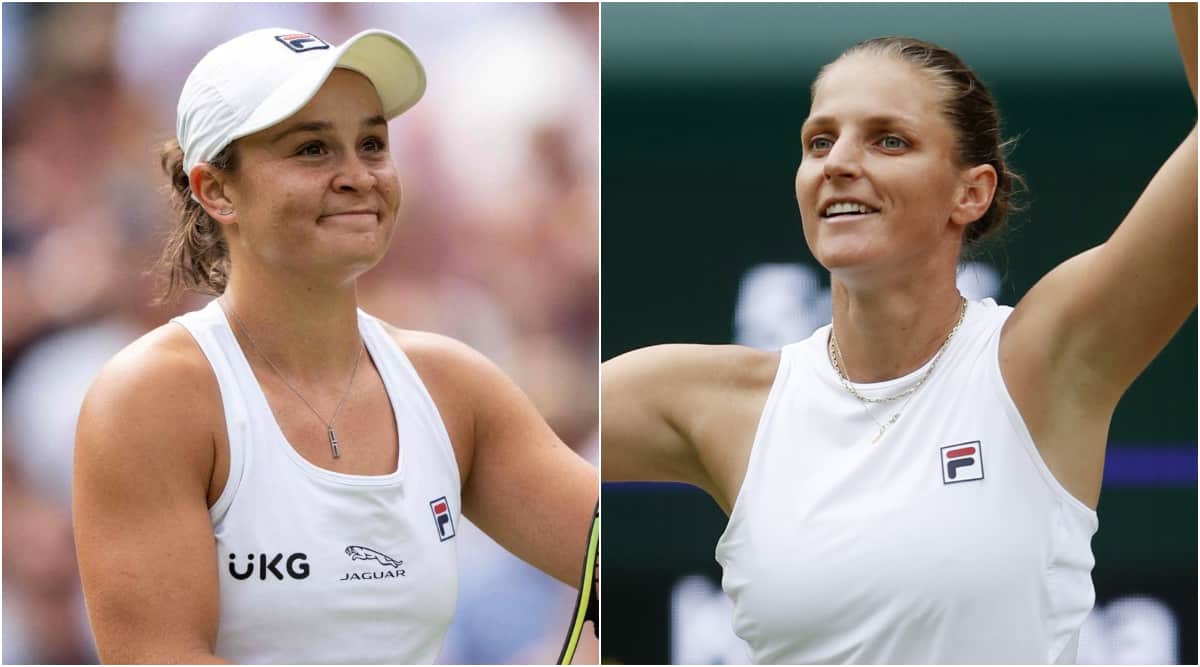 Barty, who is currently the top-ranked women’s singles player, reached her maiden Wimbledon final by ousting former champion Angelique Kerber in the last four and became the first Australian woman in 41 years to win a Wimbledon singles title. Her opponent, the big-serving Pliskova, mounted a brilliant comeback in the second set, winning it 7-4 in the tiebreak. But the 25-year-old Barty proved to be too good in the end.

Barty serves for the title and wins the first point owing to her peak athleticism. She gifts a point by overhitting a return, but Pliskova does the same mistake too. 30-15. But Barty falters twice in a row, hitting the net twice on the return. Pliskova's heavy-handed backhand makes it deuce! Barty gets the advantage with an ace and she wins it! Her first Wimbledon title, second Grand Slam!

Pliskova serves to defend the title! She wins the first point after an epic cross-court rally but Barty makes it 15-15 with a forehand smash. From 30-30, the Czech relies on her backhand slice to make it 40-30 and then seals the deal with a powerful ace.

Pliskova keeps her cool and holds her serve by losing just a single point. In Barty's serve, they exchange blows to make it 15-15. The top seed then forces Pliskova to stretch and overhit a return. But the Czech makes it 30-30 with a confident cross-court forehand return. But Barty is solid under pressure as she picks up two quick points and seals it. Just a game away from the title!

After Barty held her serve to make it 3-0 in the third set, Pliskova wins her first game of the decider by holding to love. In Barty's consequent serve, Pliskova wins the first point and then gifts one. Barty's forehand makes it 30-15. From there, she romps on...

Barty breaks first again! Pliskova falters on her serve and returns, delivering the final nail on her coffin by hitting the net.

Barty serves first in the deciding third set. She collects herself after that tumultuous second set and races to 40-0 owing to her opponent's unforced errors. Pliskova gets lucky yet again on the net and then wins another. Barty tries a dropshot in a rally but Pliskova anticipates it. 40-40! But Barty doesn't falter... wins one with a forehand and then another with a baseline dropshot.

Pliskova serves first in the tiebreak and wins the first point. Barty switches to some serve and volley and makes it 1-1. After Barty's next point, Pliskova rides on a bit of luck as the ball hits the net and drops in Barty's court. 2-2. Pliskova relies on her strength and races to 4-2. She mix-matches a bit of baseline and net play to make it 5-2 and then another. Pliskova hits it heavy on the sliced return and gifts a point to Barty. Barty then wins a point and moves to 6-4. But to no avail as Pliskova takes the second set!

It's a rollercoaster #Wimbledon final! ??@KaPliskova fights back to win the second set 7-6(4)

Buckle up, we're going all the way... pic.twitter.com/gaz5gJXiVG

Barty serves for the Championship, but she falters with it. 0-15. Pliskova fails to return with her forehand and hits the net. 15-15. Barty tries to scoop it up on the return but it's out. 15-30. Another wayward forehand return makes it 15-40. And we have a tiebreak!

After both the finalists held their serve, Pliskova begins her serve on a positive note, winning the first two points. After missing a first service, she hits an ace to make it 40-0. Barty wins one point after a delightful rally, which ended with Pliskova hitting the net. Barty restores her calm and makes it deuce! From there, she gets a vital break owing to some astounding defensive play.

The two powerhouses continue to rally on as both Barty and Pliskova are now exchanging alternate punches. After the Czech took the lead for the first time, the top seed holds to love. Pliskova did challenge two points, but a matter of millimetres saved Barty!

Finally, we have a final! Pliskova breaks Barty in epic fashion with four consecutive points. A confident fist-bump from the Czech.

Pliskova is down but not beaten! After Barty held her serve to extend the gap, the Czech fights back with all her might. She makes it 30-15 when her return faltered. 30-30. But an ace and an unreturnable service later, she seals the deal. Only a break the difference.

Barty breaks first in the set yet again... fourth time she has done it in the final! Barty opens up her body to take the serves in a better fashion, makes it 0-15. A double fault makes it 0-30. From there, Pliskova almost gives up and hands over her serve.

Game, Barty. The Australian holds to love and continues the trend of commanding serves in the final.

Pliskova replies in epic fashion after conceding the first set! After losing the first point, Pliskova steadies her nerves and wins back-to-back four points. From 30-15, she extends the lead with an ace down the middle and then wins it with an unreturnable one.

Despite stuttering in the middle, Barty closes up the first set comfortably! After Pliskova held for the first time in the final earlier, Barty replies in kind in a similar fashion. Some forehand winners and some unforced errors, she holds to love and draws first blood.

One set from history. @ashbarty takes a commanding lead in the ladies' singles final, winning the first set 6-3 against Karolina Pliskova#Wimbledon pic.twitter.com/S9L2YVy00B

Five breaks in the first seven games! After Barty held her serve, Pliskova bites back again, albeit a bit late. She puts Barty on the backfoot by bringing out her powerful style of play and breaks for the second time owing to numerous unforced errors.