Stefanos Tsitsipas revealed that he learned of his grandmother's death just minutes before the tournament final against Novak Djokovic on Sunday. 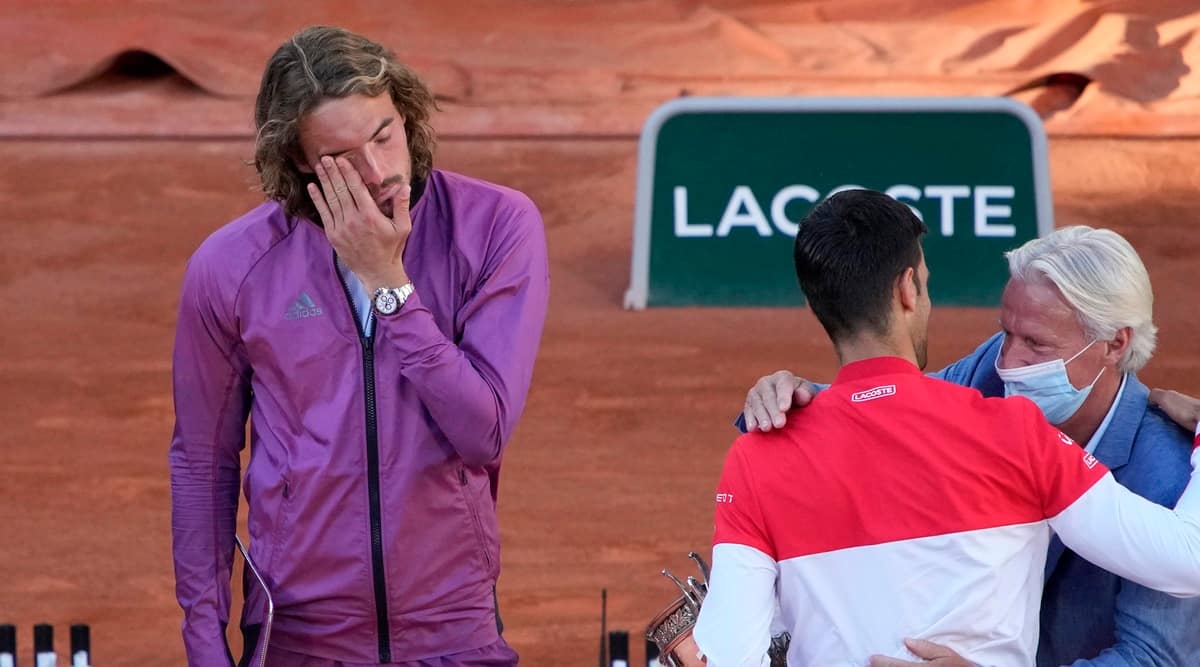 Stefanos Tsitsipas of Greece reacts after their final match of the French Open tennis tournament at the Roland Garros stadium Sunday (Source: AP)

French Open runner-up Stefanos Tsitsipas revealed that he learned of his grandmother’s death just minutes before the tournament final against Novak Djokovic on Sunday.

“Life isn’t about winning or losing. It’s about enjoying every single moment in life whether that’s alone or with others. Living a meaningful life without misery and abjection. Lifting trophies and celebrating wins is something, but not everything,” wrote Tsitsipas.

“5 minutes before entering the court my very beloved grandmother lost her battle with life. A wise woman whose faith in life, and willingness to give and provide can’t be compared to any other human being that I have ever met. It’s important to have more people like her in this world. Because people like her make you come alive. They make you dream. I would like to say that regardless of the day, circumstance or situation, this is entirely dedicated to her, and only her. Thank you for for raising my father. Without him this wouldn’t have been possible,” he said.

Tsitsipas was the youngest men’s finalist at Roland Garros since Rafael Nadal won the title in 2008, and was trying to become the first Greek to win a Grand Slam title. While Djokovic found his form and moved better as the match progressed, Tsitsipas’ game slipped. Tsitsipas was treated after the third set for a hip issue but dismissed it as a factor.

Fifth seed Tsitsipas valiantly tried to dig in at the start of the fifth set as the shadows spread across a sunlit Court Philippe Chatrier. But, having left so much perspiration on the red clay in the past week, Djokovic remained steadfast.There were nerves as he served at 5-4, netting an easy volley and then seeing a Tsitsipas backhand flash by him on championship point. But Djokovic knocked off a volley to end the contest after four hours and 11 minutes.