Serena Williams had to bow out of Wimbledon after being forced to retire due to an injury. 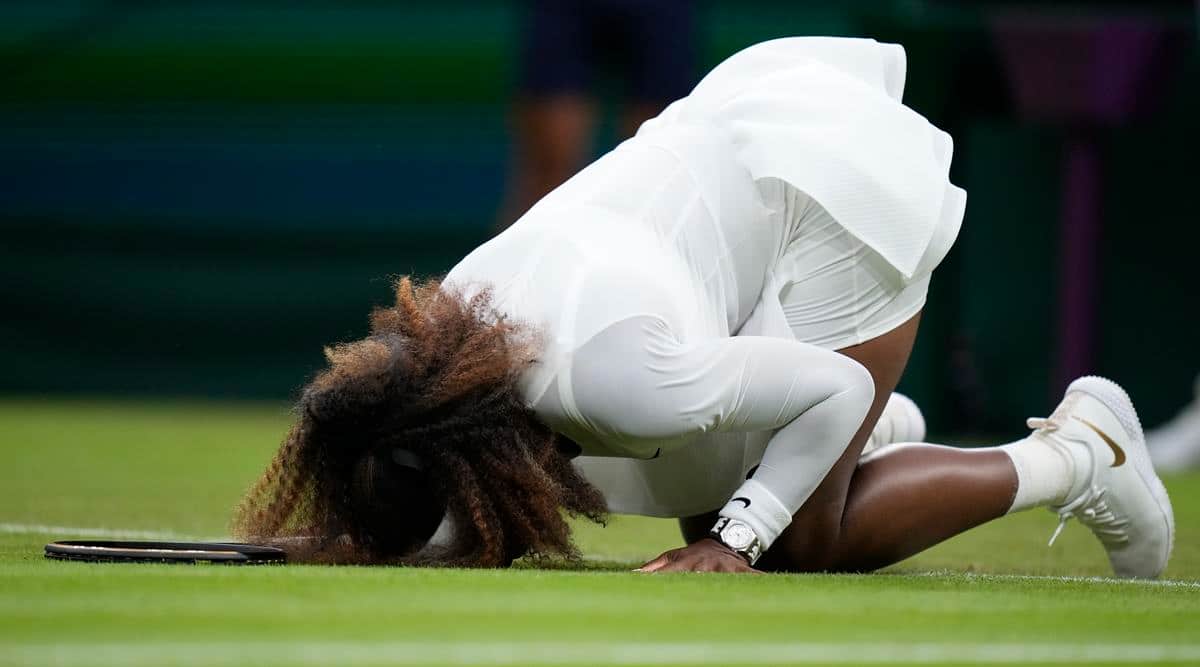 Serena Williams of falls to the ground during the women's singles first round match against Aliaksandra Sasnovich in 2021. (AP Photo)

Serena Williams had to bow out of Wimbledon 2021 after she stopped playing her first-round match because of an injury. As a result, Belarus’ Aliaksandra Sasnovich is through to the next round.

Gut wrenching first set for Serena Williams. Tried to tough it out but clearly couldn’t power through. Hopefully not the end of Serena’s run. #Wimbledon pic.twitter.com/6br2drkzVy

Williams’s dreams of winning an eighth Wimbledon singles title and equalling Margaret Court’s Grand Slam record of 24 ended in tears when she slipped and had to have her left ankle examined.

The 39-year-old slipped on the grass while hitting a forehand in the fifth game. Wincing in pain she tried to walk gingerly, and after losing that game went to her locker room.

Serena Williams is in tears as she serves at 3-3.

She falls again, and retires.

She is in floods of tears as she waves to the crowd.

This absolutely cannot be how her #Wimbledon career ends. It can’t. She HAS to come back.

Thereafter Williams returned to continue, but with the score 3-all, her leg buckled during a rally and she crumpled to the court.  A crying Williams bit her upper lip and covered her face between points. The tennis legend received a lot of support from the crowd but eventually dropped to her knees, and called it quits.

Williams then made her way up to the net to shake hands with Sasnovich, conceding with the score 3-all, 15-30. Bidding a tearful adieu, she raised her racket and put her left palm on her chest.

Officially, it will go in the books as only the second first-round Grand Slam exit of Williams’ career.