When the grass was greenest for Ramanathan Krishnan in 1960 Wimbledon

Ramanathan Krishnan recalls his trailblazing run to the semi-finals of 1960 Wimbledon Championships where he reached after beating the fourth seed Luis Ayala of Chile. 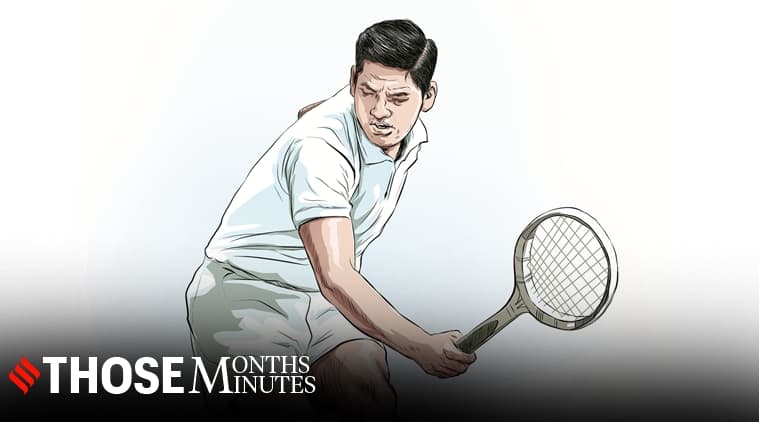 Ramanathan Krishnan’s run in the 1960 Wimbledon ended at the hands of the eventual champion Neale Fraser of Australia. (Express Illustration by Suvajit Dey)

Over the past 60 years, Ramanathan Krishnan would often meet people who would hand him photographs they had taken of him at the Wimbledon Championships in 1960.

It helped the now-83-year-old build a good collection of cherished polaroid moments that captured his historic run to the Wimbledon men’s singles semi-finals. It was a feat he would repeat the following year. No Indian, before or since, has gone that far in singles at a Grand Slam.

Just as surely, though, he’d meet people who would ask for those black-and-white photographs as well. Krishnan would oblige, granting his fans a piece of memorabilia. It has got to a point where, now, he doesn’t have any photographs left for himself.

“I had a very good year and won many tournaments, including the US Championship, played on hard courts (the Grand Slam event was played on grass at the time). Because of the wins, I had reached no. 3 in the world rankings.”

That run was expected to get him a seeding at Wimbledon the following year. At the time, Grand Slams had only eight seeds in the singles draw, unlike the 32 of today.

“That meant that you’d meet a seeded player only in the quarterfinals,” explains Krishnan, who in 1954 became the first Indian to win a junior Grand Slam event when he captured the Wimbledon crown.

“So naturally, the value of being a seeded player was very high. It’s almost similar to being given home court advantage in a Davis Cup tie.”

At Wimbledon, he’d been named the seventh seed – the first time he’d ever been granted a seeding at a major. But his arrival in England came at a time when Krishnan wasn’t in the best condition physically.

“In April that year, a few months before Wimbledon, I had gone with the Indian team to Thailand for a Davis Cup match, but had to pull out because I came down with chickenpox,” he recalls. “I was stuck in quarantine for 14 days at a hospital in Bangkok, with no chance of getting to practice. Just as I recovered, I had to rush back to Madras (now Chennai) because I was scheduled to get married. And I come from a very religious family, so we had to visit several temples over the next few weeks. That meant no tennis.”

READ | When the Woods were dark and lovely for Vijay Amritraj

By the time June came around, Krishnan managed to play a Davis Cup tie in the Philippines before heading to England for his honeymoon. And Wimbledon.

He reached England later than he would have liked, leaving him not much scope to play many tune-up events – which had become all the more important since he had taken time to recover from his illness.

At the event in Queens, where he was the defending champion, Krishnan lost in the quarterfinals to Spaniard Andres Gimeno. His next match would be at the Grand Slam itself.

“The only thing I had going for me,” he says, “was that I was a seeded player. But not much match fitness.”

In the first round, he came up against little-known Australian qualifier John Hillebrand. But Krishnan struggled to find any rhythm, managing to win the match in the fifth set.

“I was very nervous during that match,” he explains. “I knew I wasn’t in good physical shape and hadn’t played much tennis of late. So, the shots were not coming well for me. I could have beaten him easily on any other day, but now I was struggling. I just managed to scrape through in the fifth.”

“That was a long match,” he says. “Well over three hours. But we played on Centre Court, and it gave me a chance to, more than anything else, get some good practice. Find some form and rhythm. Though we lost that match, I felt so much better about my game. And that helped me prepare for the singles.” 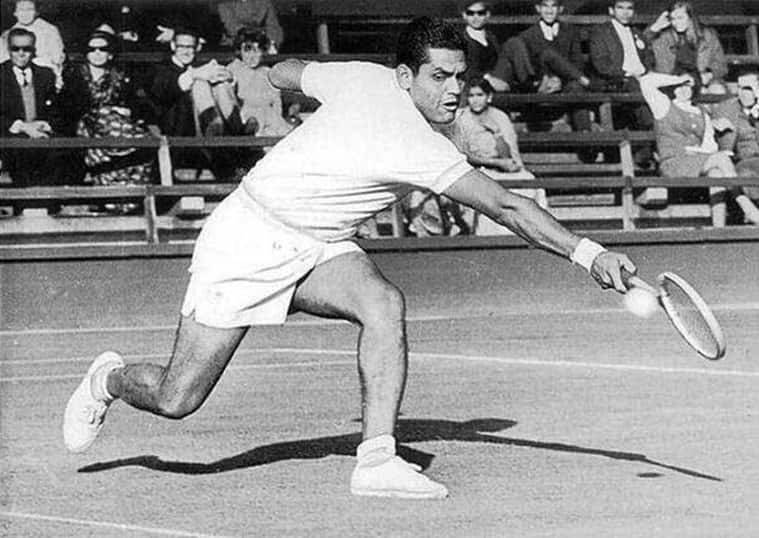 Before the Wimbledon in 1960, Ramanathan Krishnan battled chickenpox in April. (Source: AFP/File Photo)

In the second round, Krishnan faced Gimeno. He lost the first set and was down 0-3 in the second when he noticed people starting to walk out of the stadium.

“I had lost to Gimeno at Queens a week back. So people thought this was going to be over soon,” he says. “That’s when I tried to draw inspiration from my doubles match and from the 1959 season which was very good for me. I started to fight back and won each of the next 12 games.”

He closed out the five-set contest against the Spaniard – who went on to win the 1972 French Open – before seeing off Germany’s Wolfgang Stuck in three quick sets.

In the fourth round, the Indian played another tough five-setter against South African Ian Vermaak, winning 3-6, 8-6, 6-0, 5-7, 6-2. This meant that he’d reached the quarterfinals of a Slam for the first time in his career. And now he’d be coming up against seeded players, starting with fourth seed Luis Ayala of Chile.

Four years Krishnan’s senior, Ayala had been a two-time French Open finalist – losing the 1960 title match just over a month earlier. He had also never lost to the Indian before, and was coming into the match as the fresher player having played just one five-setter in four matches compared to the three that took Krishnan the distance.

But the Indian had found his form by then. He held on and came up with a win in three lengthy sets, winning 7-5, 10-8, 6-2, to become the first Indian to reach the semi-finals of a Grand Slam.

READ | Nirupama Sanjeev, the one who showed the way

But once that thought kicked in, so did the nerves.

“Somehow these thoughts just started coming to my head, that I’m in a semi-final,” Krishnan recalls. “I kept thinking that I’m one match away from the final. And then if I win that, I’ll be champion. I should have stayed calm and composed. But instead, I let myself get overawed. That too against someone I had beaten so many times before.”

In the semi-final, he came up against another senior player – top seed Neale Fraser of Australia. At the time, Fraser was the reigning US Open champion, and had won 10 doubles (seven in men’s and three in mixed) titles. On top of that, the reigning world no. 1 was in good form.

“I had beaten Fraser to win the Queens title a year earlier. And I had beaten him many more times on the tour,” Krishnan says. “In my entire career, I’d lose to him just two times. Once at Wimbledon, and then at the Davis Cup. That was one weird thing about the Australians. They’d lose the tour matches, but the ones that count, the big ones, they’d play at a level you didn’t see before.”

“I just couldn’t handle it. I was already nervous and let the occasion get to me. My shots were all closed, and I wasn’t playing freely. But even if I wanted to, there was just too much on his serve,” Krishnan adds.

His run would end there in the semi-finals after the 6-3, 6-2, 6-2 loss to a player who would eventually go on to win the championship. 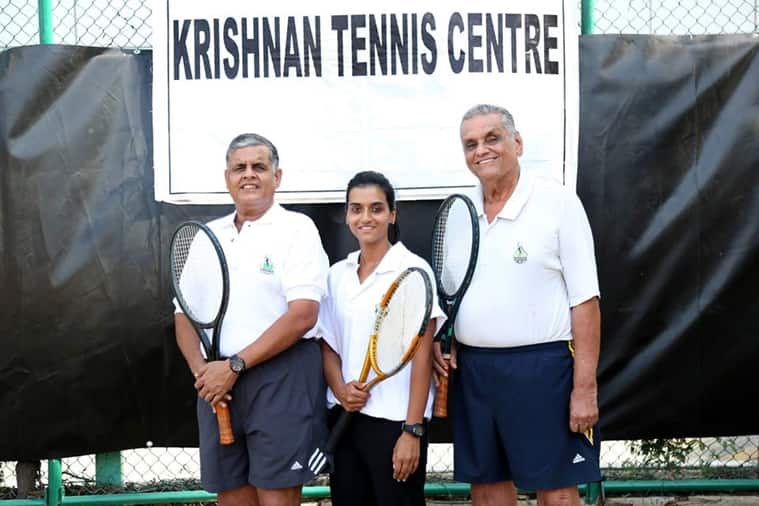 But Krishnan had done enough. Back in India, his achievement was celebrated in a way he had never expected.

“I was being called for interviews and award functions everywhere,” Krishnan recalls. “There was so much love for me. I was playing well, but I was also behaving well when I was on tour. So maybe that’s why there was more respect for me.”

A whole generation of Indian tennis players grew up idolising him.

In an earlier interview with The Indian Express, Vijay Amritraj – the only Indian player apart from Krishnan’s son Ramesh, to have reached as far as the quarterfinals of a Grand Slam in the Open Era – remembered beating Krishnan in the final of the 1972 nationals as a 19-year-old yet to make his mark.

“That was the major turning point of my career,” he had said.

Krishnan, a year later, stumbled at the same hurdle at Wimbledon 1961, this time to the great Rod Laver. But by then, he had already established himself as one of the top players in the sport.

If one asks him today, on the 60th anniversary of that great run in England, what Wimbledon 1960 means to him, what it meant for his career, he doesn’t take long to answer.

“I’m 83 now,” he says, the excitement unmasked in his voice. “It’s something that happened 60 years ago, and we’re still talking about it. I have a good memory of it, in my mind, no photographs. I remember it well. So, yes, it meant everything.” 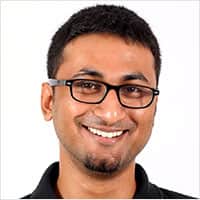