My time will come when it has to come, says Nadal on his retirement. 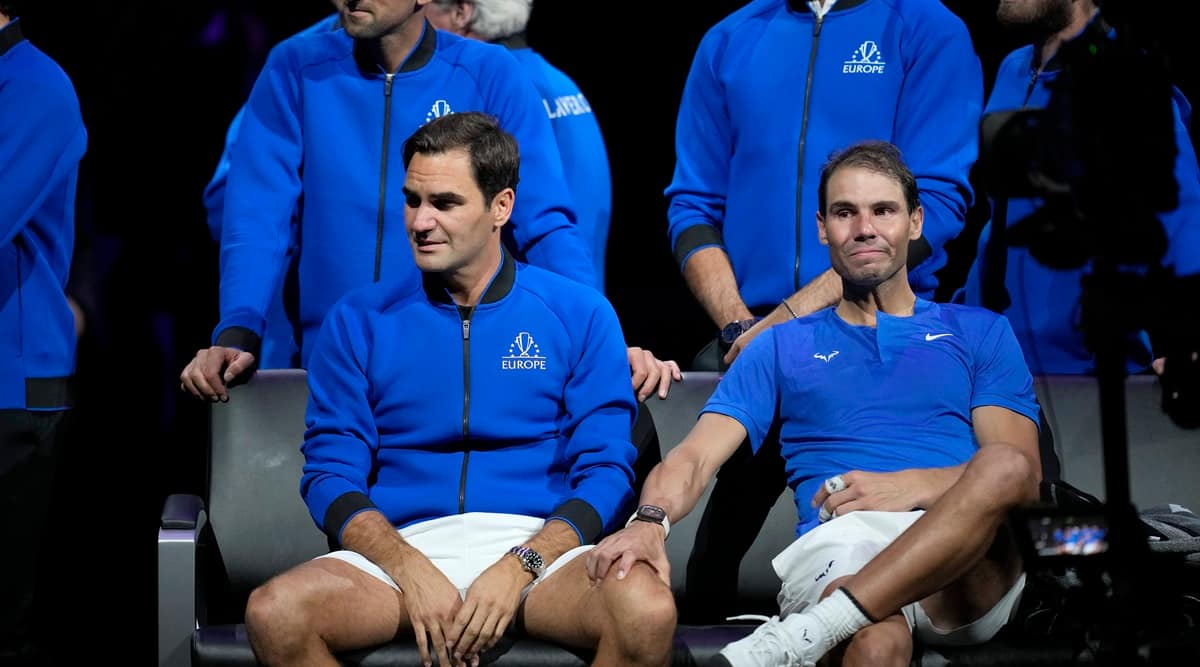 An emotional Roger Federer is consoled by his playing partner Rafael Nadal after their Laver Cup doubles match in London on Friday. (Photo: AP)

Rafael Nadal admitted that a part of his life left with Roger Federer when his great rival retired at the Laver Cup in September.

Nadal partnered with Federer in his last match and images of both players holding hands, weeping during the post-match ceremony went viral.

“Someone I have admired, who I have rivalled and also I have shared many beautiful things on and off the court was leaving,” Nadal told reporters ahead of an exhibition match in Argentina.

“In that sense, all those moments, those feelings you have before playing a final of a Grand Slam, of an important tournament, everything that was in the air before those matches. It was different from other matches.

“You know you’re not going to live that again and a part of my life left with him (when he retired). It was also the emotion of saying goodbye to someone who has been so important to our sport.”

When questioned about his own retirement plans, the 36-year-old said: “My time will come when it has to come.

“I’m quite prepared for my next life outside tennis.

“I don’t think it’s going to be a problem for me beyond what will be an adaptation to the changes. My life has things equally or more important than tennis.”