Novak Djokovic a victim of politics, kept in captivity in Australia, says family

Djokovic is now in a quarantine hotel in Melbourne after his lawyers secured an agreement for him to stay in the country for a court hearing on Monday in which he hopes to overturn the federal government ban on his entry. 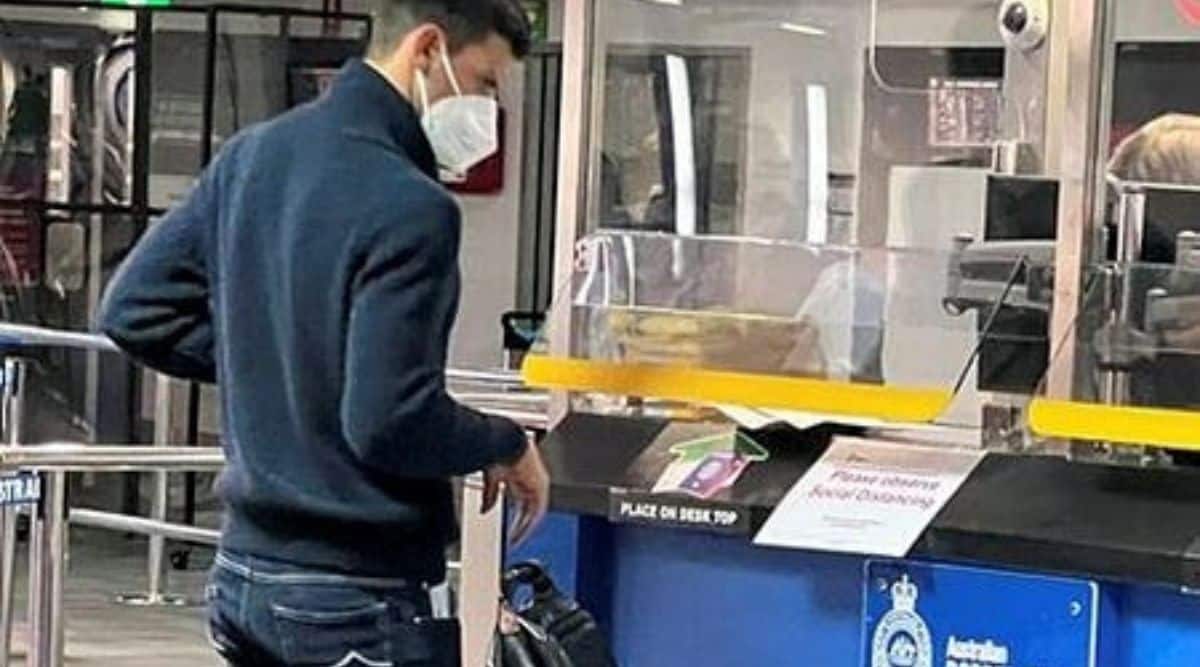 Serbian tennis player Novak Djokovic stands at a booth of the Australian Border Force at the airport in Melbourne, Australia. (REUTERS ATTENTION EDITORS)

Novak Djokovic’s family said he was the victim of a “political agenda” in Australia as they rallied around the world number one who was denied entry into the country on Thursday for his Australian Open title defence. The 34-year-old Djokovic was granted a medical exemption from COVID-19 vaccination requirements to compete in the year’s first major, but after a public outcry he was detained

Djokovic is now in a quarantine hotel in Melbourne after his lawyers secured an agreement for him to stay in the country for a court hearing on Monday in which he hopes to overturn the federal government ban on his entry.”They’re keeping him in captivity.

They’re stomping all over Novak to stomp all over Serbia and Serbian people,” Djokovic’s father Srdjan told reporters in Belgrade on Thursday.

Australian Prime Minister Scott Morrison said earlier in the day that Djokovic would receive no special treatment.”Morrison and his like have dared attack Novak to bring Serbia to its knees.

Serbia has always shown that he comes from a proud nation,” Srdjan said.”This has nothing to do with sports, this is a political agenda. Novak is the best player and the best athlete in the world, but several hundred million people from the West can’t stomach that,” he said. Earlier in the day, Srdjan described his son to the Telegraf website as “the Spartacus of the new world that doesn’t tolerate injustice, colonialism and hypocrisy.

“They want to clip his wings, but we know how strong he is,” she said. Djokovic’s family displayed the nine Australian Open trophies he has won at the venue of the news conference, adding they would organise a support rally in front of Serbia’s parliament building in the city centre.

Former mentor Niki Pilic, who oversaw Djokovic’s career as a teenager, told Reuters that the situation was “farcical”, adding: “Politics have interfered with sports here as it so often does.”The Australian Prime Minister was, he said: “Trying to please a part of the country’s society and improve his poor political rating. Former Yugoslavia Davis Cup coach Radmilo Armenulic said Djokovic had been treated “like a felon.”

“They detained him under police presence. He was held in a room for eight hours after he was cleared to take part in the Australian Open by the medical panel,” Armenulic told Reuters.

“This decision, in my opinion, reflects lawlessness and not the rule of law. They have treated Novak like a criminal and a villain to stop him from winning his 21st Grand Slam.”