Asian Games bronze medallist Ankita Raina and top men's singles player Yuki Bhambri confirmed to PTI that they were asked by NADA to provide whereabout details and they were tested. 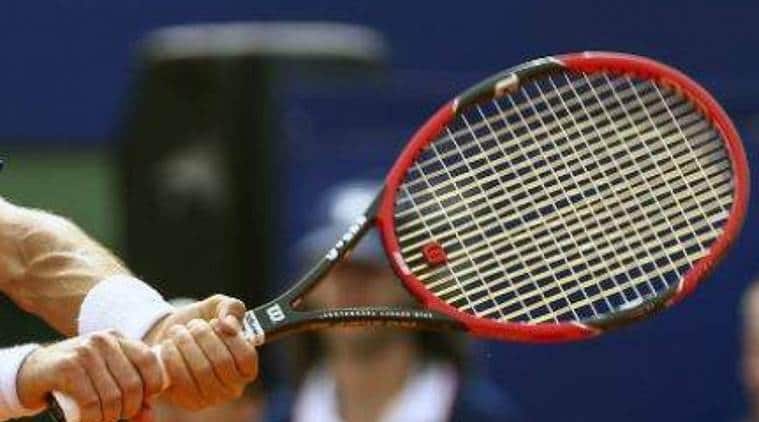 Widening its net, the National Anti-Doping Agency (NADA) has, for the first time ever, collected samples from close to 20 tennis players competing at the National Tennis Championships at DLTA Complex here. Players such as top seed Arjun Kadhe, Siddhant Banthia, Ishaque Eqbal and former Under-14 champion Ajay Malik were among those who were randomly picked to give blood and urine samples on Monday.

A few players were asked to provide samples before their matches began while others provided samples after the matches. “We had created a new system early this year where risk assessment, across the sports, was done. On the scientific basis of that, we worked out the test distribution plan. We identified which are the tournaments where we have to conduct test and this event came in that list, so we sent officials,” NADA chief Navin Agarwal told PTI.

Not only at the national championships, the NADA has tested top Indian players in and out of competitions in international circuits this year too. Asian Games bronze medallist Ankita Raina and top men’s singles player Yuki Bhambri confirmed to PTI that they were asked by NADA to provide whereabout details and they were tested.

“I had given them six-week programme before and after the Asian Games. WADA also checks 2-3 times a year,” said Ankita. “I have provided samples to NADA officials both in and out of competition this year. On the ATP circuit, it happens regularly,” said Bhambri.

While doping is not as big an issue in Indian tennis as the age fraud but it still is a welcome step. When contacted, AITA secretary General Hironmy Chatterjee said that NADA has become “very active” this year.

Asked if the Federation would also be more active in educating the coaches, Chatterjee said, “We have with us very experienced Dr Vece Paes, who guides coaches and players at many workshops during the year.”

The top AITA official though said it was the responsibility of the players and coaches to be aware of the banned drugs. The coaches, however, said AITA needs to do more to make everyone aware.

“When I did my AITA level V course in 2013, I don’t think we were made aware of anti-doping issues. I don’t have a medicine background, so I won’t know if such and such pain killer can be given to my ward or not. There should be an awareness programme,” said a coach, whose ward provided a sample.

“If any of the kid’s test returns positive here, it would be because of lack of awareness rather than deliberate doping,” he said.

Gaurav Nijhon, who is an Australian strength and conditioning Level I coach and is assisting a lot of Indian players, said NADA needs to do a lot more to make coaches and players aware.

“They need to simplify it a bit. If you look at their website, it would mention the banned substance. The names are complex, very difficult to understand if you are not a doctor. Not everyone would know which medicine would contain a banned substance.”

The NADA website mentions many Anabolic agents which are prohibited such as Clostebol, Clausterone and Bolasterone. “In Australia, ASADA has developed an APP, in which you can type the name of the medicine to know if it is banned or not. We need something like that in India too.”

In the coaching certification programmes, conducted by the AITA, anti-doping syllabus starts from only AITA Level-III and not much apart from basic points is conveyed. The Level-IV and V courses have comprehensive syllabus on anti-doping matters.

Nar Singh, Head of AITA coaching programme, said they will now try to tweak the syllabus. “We will sit and discuss about making a few changes to our syllabus at the beginners’ level. Now that government and NADA have become very active in our sport also, we need to do it,” Nar Singh said.