Daniil Medvedev beat Filip Krajinovic 6-2 7-6 (1) to reach the round of 16 on a gusty at the BNP Paribas Open. 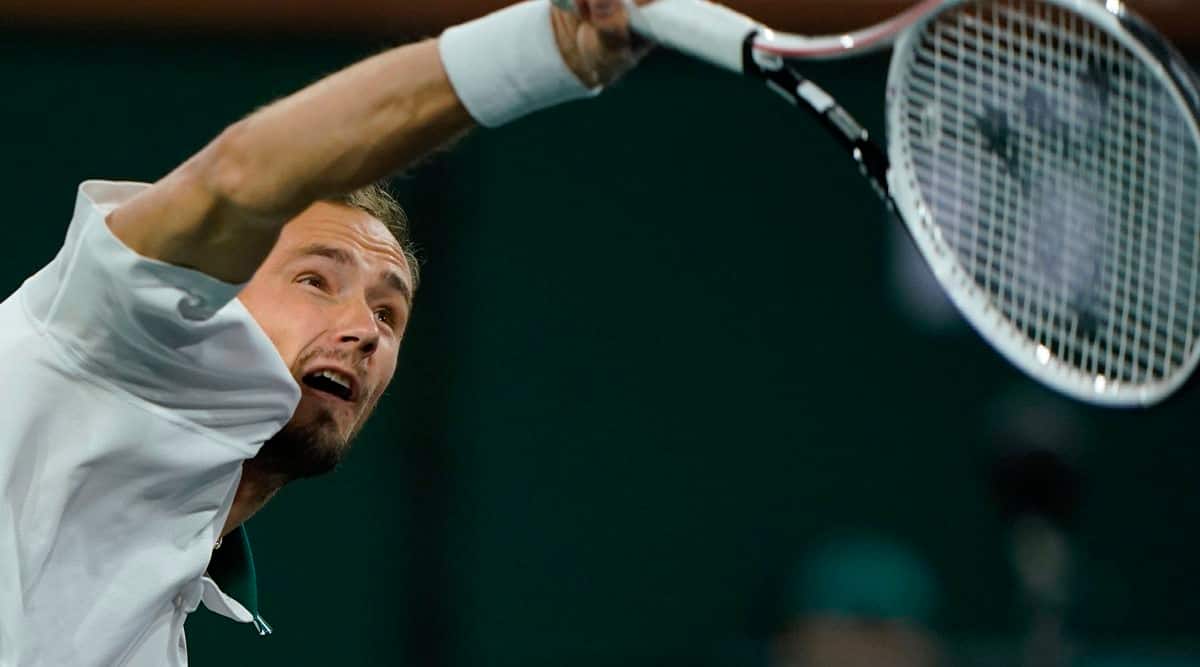 Top-seeded Daniil Medvedev beat Filip Krajinovic 6-2 7-6 (1) to reach the round of 16 on a gusty at the BNP Paribas Open.

Medvedev, the U.S. Open champion, connected on 70% of his first serves and fired four aces despite challenging weather conditions.

Haddad Maia got into the main draw as a lucky loser. She lost in the final round of qualifying and got in when No. 29 seed Nadia Podoroska withdrew with a thigh injury. Haddad Maia inherited Podoroska’s first-round bye and then beat Mayir Sherif in the second round.

On a windy day at the Indian Wells Tennis Garden, Pliskova held serve to tie the second set 5-5, but she got broken eight times in the match. Haddad Maia held and then broke Pliskova in the final game to wrap up her second career win over a Top-5 player.

No 15 Coco Gauff lost to 21st-seeded Paula Badosa 6-2 6-2 in a match that was briefly suspended by rain on a night of wild weather in the desert.