French Open 2022 Semifinals: Rafael Nadal has advanced to the French Open final after Alexander Zverev fell during a point, injured his right ankle and stopped playing.

French Open 2022 Semifinals: Ruud became the first man from Norway to reach a major final, eliminating 2014 U.S. Open champion Marin Cilic 3-6, 6-4, 6-2, 6-2 in a match interrupted for more than 10 minutes in the third set by a climate activist who attached herself to the net and knelt on the court.

Earlier, Rafael Nadal has advanced to the French Open final after Alexander Zverev fell during a point, injured his right ankle and stopped playing. A little more than 3 hours into the match, Zverev was running to his right to chase a ball when he tumbled. His black outfit was covered in rust-colored clay and he immediately grabbed his lower right leg, screaming in pain. A trainer came out to attend to him, and Nadal walked around the net to check on Zverev, too. Zverev was taken off the court in a wheelchair.

French Open 2022: Catch all the highlights from the semi-finals

All smiles as Casper Ruud becomes the first Norwegian to reach a Grand Slam final!

After the resumption of play, Casper Ruud wins the third set 6-2 against Marin Cilic to take a 2-1 sets lead. Ruud has hit 12 aces (31 winners overall) while converting 3 of 11 break pts and saving 7 of 9 BPs.

A woman has entered the court to protest and voice her opinion on climate change and tied herself to the net. The woman is reportedly a 22-year-old climate activist. 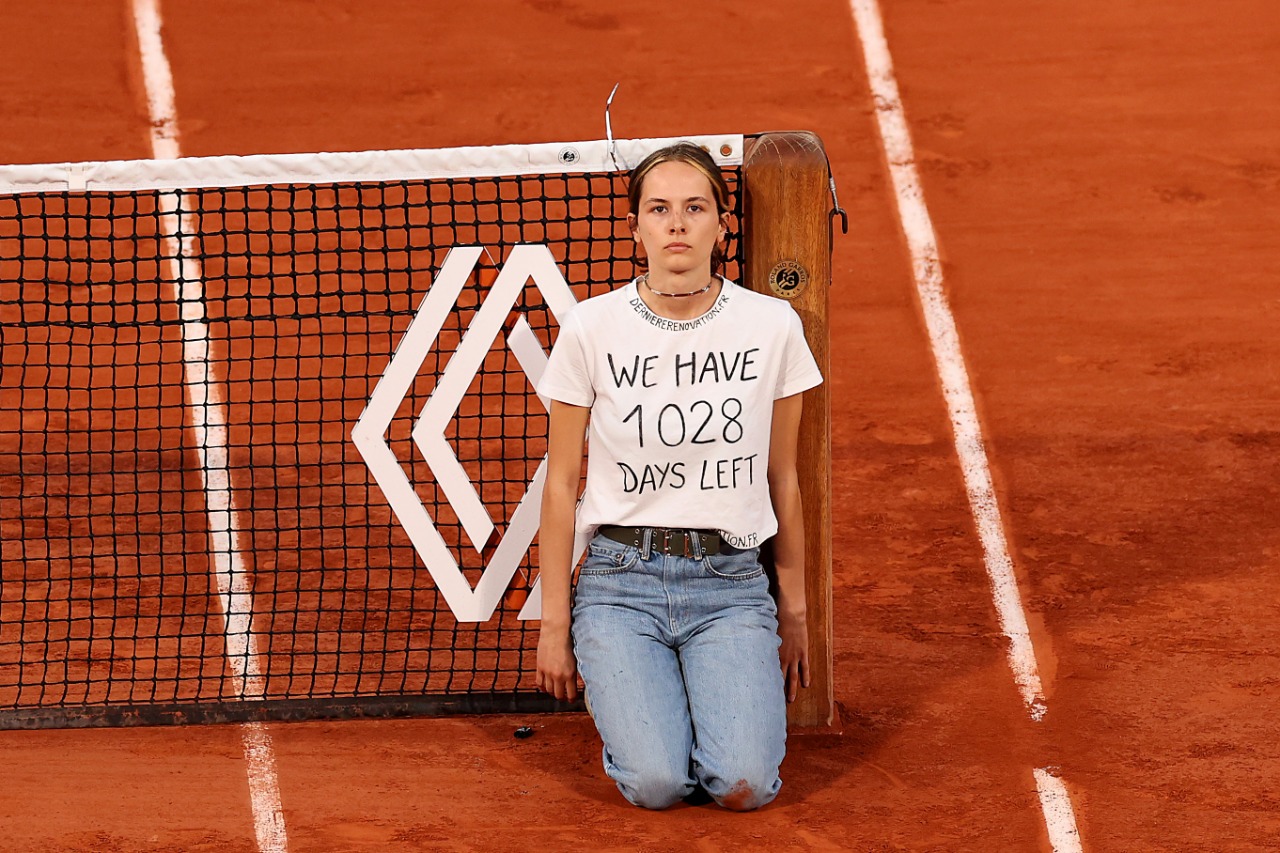 Ruud 1-0 Cilic | Cilic is unhappy because he has missed another overhead. Misses one and on break point he misses another. Ruud has managed to break again and this time it is early on in the third set.

RUUD 6-4 CILIC | Ruud faced three break points against his serve, but saved them all and then produced two stunning winners to close out the set. Back on level terms in this French Open semifinal!

Ruud 3-2 Cilic | Cilic with a careless smash in his service game. He's usually very good at them!

Ruud 2-1 Cilic | Cilic brings out a forehand but it goes wide and Ruud takes an early lead in the second set. He breaks Marin's serve and that should do a world of good for his confidence.

Marin Cilic breaks Ruud and he goes on to take the opening set 6-3. All he needed was 45 minutes.

Ruud 3-4 Cilic | Cilic makes three huge mistakes in the game including two double faults but he gets out of the problem and keeps his serve at the start. Cilic gets a chance there to break, but Ruud buckles up and keeps the scoreboard moving. It's been a great start.

Casper Ruud vs Marin Cilic will take place on an outdoor clay court. Who will face Rafael Nadal in the final on Sunday?

French Open Live: Zverev is back on court

But this is not how we hoped it would be ! Such a sad end...

Horrible way for the match to end. The first set was absolutely scintillating tennis. The second was as well in truth, but for differing reasons. Rafa won’t want to win it like that either. Broadcasters saying the Zverev fall was so bad that they are not going to show replays. More than 3 hours later, with the second set yet to be complete, that is such a shame.

Tiebreaker 2.0 arrives, but Alexander Zverev goes down hard at the end of the 12th game of Set 2 with Rafael Nadal. Trainer is out.

French Open 2022 Semifinals: A victory over No. 3 seed Alexander Zverev of Germany on Friday would allow Nadal to continue on the path to another championship at the French Open. And if he also were to go on to win Sunday’s final against either 2014 US Open champion Marin Cilic of Croatia or No. 8 Casper Ruud of Norway, who meet in Friday’s other semifinal, there also would be this to consider: Nadal would own the first two legs of a calendar-year Grand Slam for the first time.

Nadal’s French Open record is 110-3 (two of the defeats came against Djokovic, in 2015 and a year ago) and he is into his 15th semifinal there.