For Some Players at the Australian Open, No Spotlight Is No Problem

Jessica Pegula leads a cohort of players into the quarterfinals that few outside the locker room were paying attention to before the tournament. In this intensely mental sport, that was a good thing. 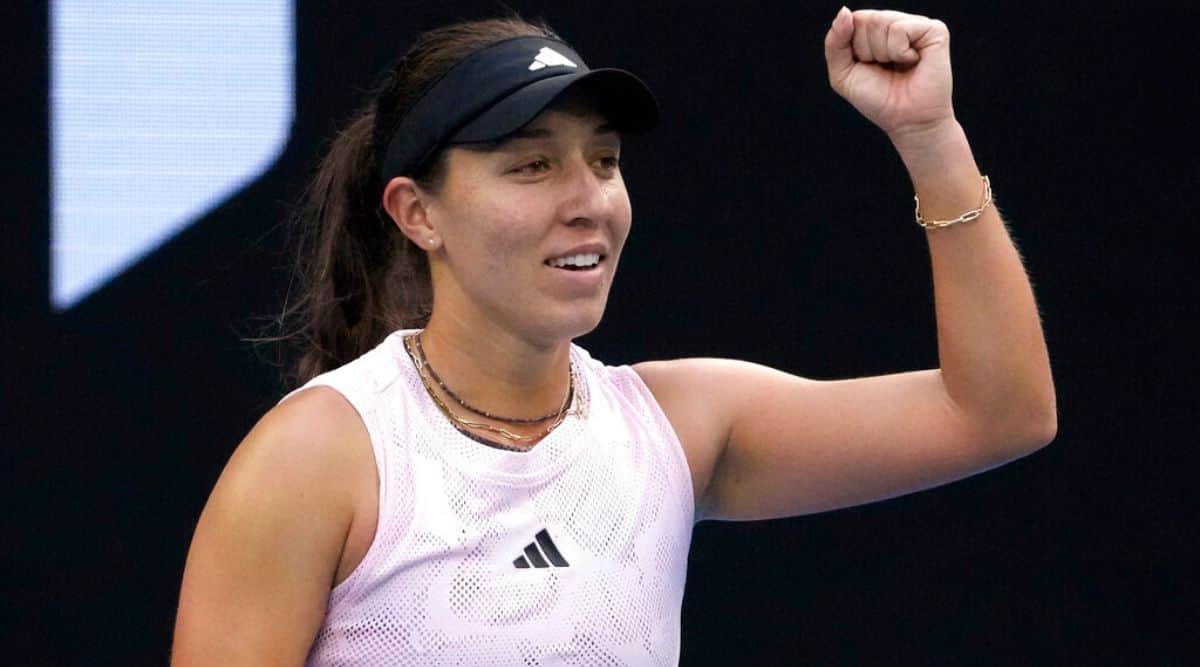 Jessica Pegula of the U.S. celebrates after defeating Barbora Krejcikova of the Czech Republic during their fourth round match at the Australian Open tennis championship in Melbourne, Australia, Sunday, Jan. 22, 2023. (AP Photo/Ng Han Gua
Listen to this article
For Some Players at the Australian Open, No Spotlight Is No Problem
x
00:00
1x 1.5x 1.8x

Jessica Pegula does not land on many magazine covers. Her steady game does not produce a lot of highlight-reel moments. She is the world’s third-ranked player but has floated largely under the radar during her steady rise to the top of tennis.

At the Australian Open this year, that approach is looking more and more like a secret to success.

Iga Swiatek, the world No. 1 from Poland, lost Sunday in the fourth round and became the latest top-ranked player to talk about the burdens of being at the top.

Ons Jabeur and Maria Sakkari, stars of the recently released Netflix series “Break Point,” failed to make it to the second week. Coco Gauff, the 18-year-old American star, has her face on billboards at nearly every tournament even though she is ranked seventh in the world and has never won a Grand Slam or a Masters 1000 tournament. Neither have most teenagers, but not surprisingly, organizers scheduled three of her four matches in Rod Laver Arena, the tournament’s center court, and a fourth in Margaret Court Arena. She, too, lost Sunday in the fourth round.

Who is still around? A diverse collection of big-hitters and all-court players who are both young and older but hardly A-list celebrities. They include Elena Rybakina, last year’s Wimbledon champion who has been largely snubbed by the tennis world the past six months; Jelena Ostapenko, the hard-hitting French Open champion whose days of being expected to win ended a few years ago; Donna Vekic of Croatia, a talented veteran ranked 64th in the world.

Then there is Pegula, who made the quarterfinals of three Grand Slams last year and lost to the eventual champion and world No. 1 each time but has never commanded much attention. She said last week that she had heard that Netflix cameras might be following her around to gather material for the second season, but hasn’t noticed them.

“I’m definitely interested,” she said. “I want to have more exposure.”

But does she really? In tennis, there is a long history of success and exposure crushing champions or sucking the joy out of them (See: Osaka, Naomi).

Swiatek, who won 37 consecutive matches last year in addition to the French Open and the U.S. Open, said Sunday that recently, and especially in Australia, she found herself wanting to not lose rather than to win.

“I felt the pressure,” she said.

Ostapenko, who blasted Gauff off the court in straight sets Sunday, knows something about that. After she came out of nowhere to win the French Open in 2017, her life turned upside down. She felt like everyone expected her to win every tournament, “which is crazy, because you are still a human and you cannot feel great every day,” she said. “A lot of attention from everywhere outside the court, like photo shoots and all those kinds of things. You became more popular in your country. Everybody is watching you.”

Ranked 17th, Ostapenko said she came to Australia hoping to begin a climb back into the top 10.

It’s worth noting that inside the locker room, no one is under the radar. Every player knows every other player’s strengths and weaknesses, who’s hot, who’s nursing an injury or having a crisis of confidence.

Both Gauff and Pegula said that they were not at all surprised that Rybakina, who played her first two matches on outer courts, just as she had for much of the summer and fall, had taken out Swiatek with her flat, thumping power that is ideally suited to the court conditions here.

“It’s a motivation to win even more,” Rybakina said last week of her court assignments.

Likewise, everyone in the locker room knows Pegula, who beat Swiatek this month, has been playing the best tennis of her life, moving fast across the court, giving away so few points, forcing opponents to take whatever they can get from her, which hasn’t been much.

“That locker room is the most educated place in the world,” said Pam Shriver, the Grand Slam doubles champion who recently started coaching Vekic part-time.

Like everyone else here, Shriver, who was courtside Monday as Vekic beat Linda Fruhvirtova, a gifted 17-year-old from the Czech Republic, is pondering the so-called Netflix curse. No player featured prominently in “Break Point,” which was released 10 days ago, made it past the fourth round. Three withdrew with injuries just days before the tournament. Shriver wondered whether the players who had decided to participate in the series had taken the time to think through the effects that being part of a high-profile series might have on their psyches on the eve of the year’s first Grand Slam.

Vekic, 26 and playing in her 11th Australian Open, knows about pressure on a teenage tennis star. As a 15-year-old, she was one of the sport’s next big things. In early 2021, she had knee surgery and struggled for more than a year to manage the pain. Her game finally clicked again in San Diego in October, when she rolled past a series of top-20 players, beating Sakkari; Aryna Sabalenka, ranked fifth in the world; and Danielle Collins, the 2022 Australian Open finalist, on her way to a three-set loss in the final to Swiatek.

“From the end of last year, I’m kind of on the map again,” she said in an interview Monday.

Coming into this tournament, Vekic just wanted to play at a high level, regardless of her results. Then she woke up Monday to text messages from two close friends telling her she was going to win the Open, which was the last thing she wanted to hear. She told herself that if she beat Fruhvirtova, she was going to turn off her phone.

Even that might not do much good at this point. In the final eight of a Grand Slam, there is nowhere to hide, especially for Pegula. She is the highest seed left and plays two-time Australian Open champion Victoria Azarenka in the quarterfinals. By the numbers, she is the favorite now, even if there are three other players who have won Grand Slam singles titles still in the mix, who, like her began this journey outside the spotlight.

“Doesn’t really feel like I’m the highest left,” she said, “though I guess that’s a cool stat.”

This article originally appeared in The New York Times

Emily Ratajkowski opens up about experiencing imposter syndrome; know what it means