Auger-Aliassime then finished off his superb second half of the season by completing a perfect week in Spain. 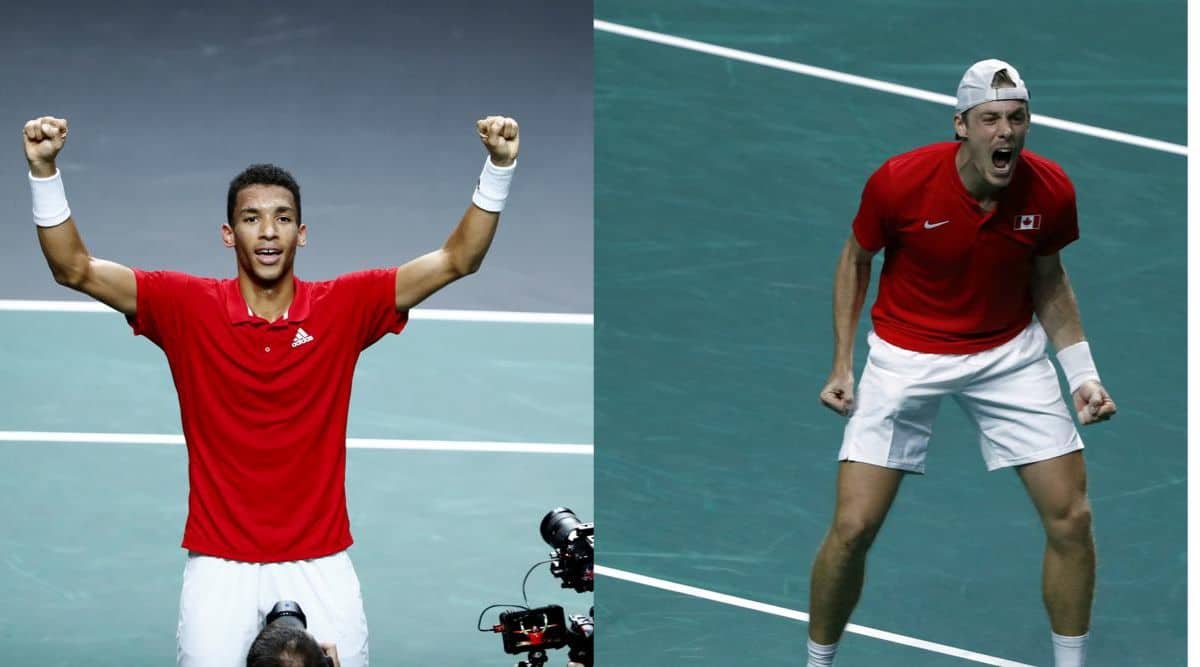 Auger-Aliassime secured the winning point when he downed Alex de Minaur 6-3, 6-4 after Shapovalov opened the day by rolling past Thanasi Kokkinakis 6-2, 6-4. Seven years after leading Canada to the top of junior tennis, Auger-Aliassime, Shapovalov and their teammates finally got to lift the top team trophy in their sport.

“I think of us all here, we’ve dreamt of this moment,” Auger-Aliassime said.

Shapovalov had dropped both his singles matches this week and needed treatment on his back during a three-set loss Saturday in the semifinals to Italy’s Lorenzo Sonego that lasted 3 hours, 15 minutes. But the left-hander moved quickly around the court Sunday, setting up angles to put away winners while racing to a 4-0 lead in the first set.

Auger-Aliassime then finished off his superb second half of the season by completing a perfect week in Spain. He twice had kept the Canadians alive after Shapovalov dropped the opening singles match, and on Saturday he replaced his weary teammate to join Vasek Pospisil for the decisive doubles point.

This time, Auger-Aliassime made sure the doubles match wouldn’t even be necessary. He fell onto his back behind the baseline after the winning point before teammates raced off the Canada bench to jump on top of him. They then got up and danced around in a circle.

Canada had reached the final only once, falling to host Spain in Madrid in 2019, when Rafael Nadal beat Shapovalov for the clinching point after Auger-Aliassime had lost in the opening match.

But with Auger-Aliassime having since surged up the rankings to his current spot at No. 6, the Canadians are a much more formidable team now. They won the ATP Cup in January and finally added the Davis Cup crown to the junior Davis Cup title Auger-Aliassime and Shapovalov led them to in 2015.

“We wanted to grow up and be part of the team and try to help the country win the first title,” Shapovalov said, “so everything is just so surreal right now.” Australia was trying for its 29th title and first since current captain Lleyton Hewitt was part of the title-winning team in 2003.