Expected something like that, considering how society works – there always has to be one individual who is guilty of something’: Djokovic to Tennis Majors

On a mission to capture a record-equalling 22nd Grand Slam title in Melbourne, Djokovic recounted how he got cast as a villain 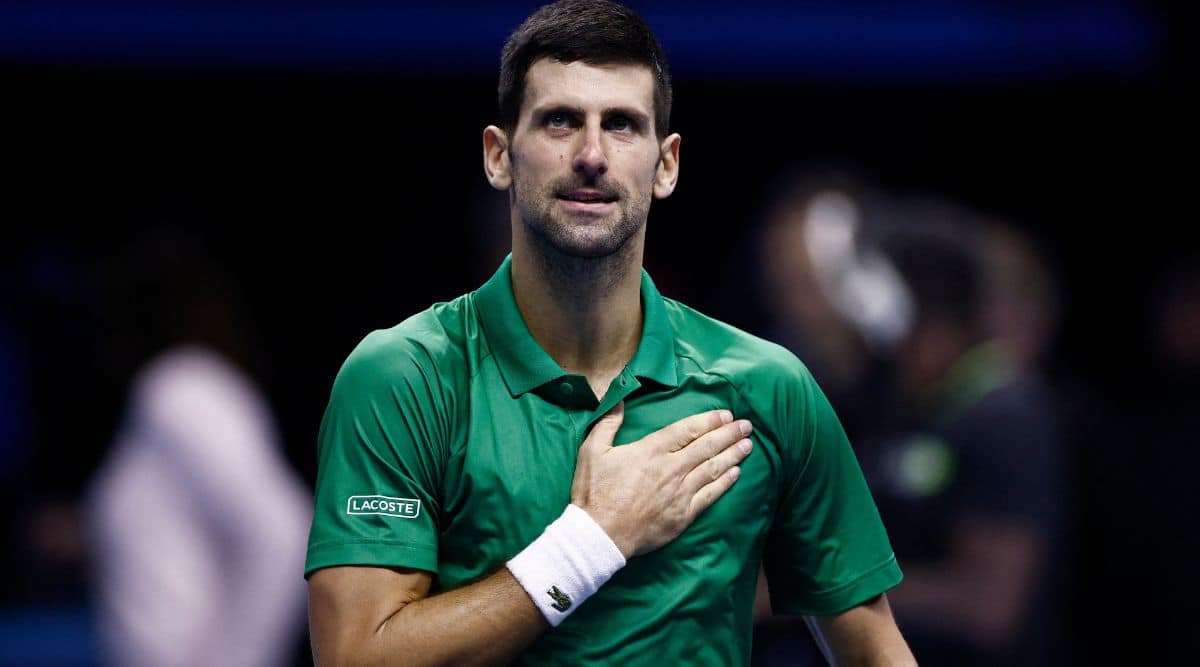 Djokovic told Tennis Majors how society operated to cast someone as a villain, and the attacks he faced from all sides when being deported from Australia twelve months ago.

“Yes, every day is a new lesson. The main takeaways from everything that happened are patience, belief in yourself and adhering to principles you care about. I have experienced difficult moments in Australia and the aftermath: being attacked from all angles, basically from the whole world, but I expected something like that, considering how the society works these days – there always has to be one individual who is guilty of something. That is how the games are played and things are hidden. As much as I was aware of that, it was really tough for me to handle.”

He added that patience and feeling of togetherness with family and close ones helped him overcome all the obstacles to be where he was today. “I strive to be better, I am open to everything life can teach and test me in, that is my motto, generally speaking.”

In the same interview, Djokovic named his biggest threats at the Australian Open: “All the players from the top are the biggest rivals, that is always the case. Tsitsipas, Sinner, Zverev, of course Medvedev and Nadal, who is a veteran just like me. When it comes to younger players, it is obvious that Carlos Alcaraz, who sadly won’t be playing in Melbourne, and Holger Rune are frontrunners. They are both 19 years old, and Alcaraz is deservedly No 1, he had a fantastic year. ”

Subscriber Only Stories
View All
ExplainSpeaking | Budget 2023-24: Economic growth, fiscal health and unem...
In Jharkhand district, block-level clubs help elderly deal with loneliness
Delhi Confidential: PM Modi, top leaders attend Nadda wedding, but QR cod...
What could be the govt’s calculations behind the slashing of the MG...
Monthly plan to access Budget
Serbia’s Novak Djokovic pours water on his head during a break of his match against Russia’s Daniil Medvedev during their singles tennis match of the ATP World Tour Finals, at the Pala Alpitour in Turin, Italy. (AP)

Djokovic reckoned it was an exhilarating time for Slams.

“At this moment in time, I think it is even more interesting for people to watch Grand Slams – when we are all there and healthy, it is dramatic and fascinating to follow who will claim the trophy,” he told Tennis Majors.

When asked by Tennis Majors if he had bulked up a bit in the off-season – maybe two or three kilos, he said, “I have lost it already! To be more precise, I lost 1.5kg in Adelaide. It happens. In the off-season, when there are no tournaments, I have the chance to build muscle mass, although in tennis we do not have as much time to do that as in other sports. Now the opportunity presented itself and I am glad that the work I put in was fruitful. Playing a tournament always drains you, so I hope I will be able to restore my weight in the next few days.”

Djokovic told Tennis majors he still owed Nick Kyrgios a dinner for standing by him during the ordeal. “Ha ha, no, still no dinner, but Melbourne is going to be an opportunity to do that. As for the Serbia Open, considering that he was one of the very few people who stood by me and supported me in Australia, I think that people back home have changed their opinion about him in a positive way – many people are now eager to see him play. We are having conversations, we had them last year as well. We would love to have him there, I think that he would enjoy his time there and that he would have a lot of support. If he wants to, he is more than welcome.”

Documentary in the offing

Ahead of his chase of a record-extending 10th Australian Open title, Djokovic opened up to Tennis Majors about his documentary, and whether it ought to be a series. “There have been some changes considering everything that happened last year. We had something set and then we had to alter our plans. Now we are adjusting to that, we do not yet have an exact date, but I think it should come out by the middle of this year. We are in the process of editing, the finish line is close and I hope everyone will be able to see it soon. There is a lot of material, I have lived through many things in my life, so now we are deciding whether it will be a documentary or series.”

When Tennis Major asked him how he’d like to be remembered, the 21 time Grand Slam champ said: “By my personal traits, hopefully more by my virtues than my flaws, which I have, just like any other human being. I try to live my life to the fullest and to remain aware of the fact that there are many people who were not as lucky as me. The way I grew up helped me preserve that awareness, I always try to remind myself where I came from.

“Everything in life that I now have was not given to me, I had to earn it, together with the people around me who have helped me to live my dream and continue to do so. I hope that I spread positive energy towards sports fans throughout the world – I would love for people to feel nice when they come to see me play and that they remember me as someone who cares about others. Of course, by my achievements in tennis too, which I hope there are more to come.”

On his sporting idols whom he learnt from, and those he is an idol to, Djokovic was quizzed about his recent interview with the Serbian outlet Sport Klub, on his advice to NBA star Bogdan Bogdanovic. He said, “I have read what Bogdan said and I can only thank him, as he is a friend, an exceptional guy and a fantastic basketball player who I support in everything he does. Together with Nikola Jokic, he is flying the Serbian flag in the NBA. We speak whenever we get the chance. It is always interesting to gain insight into the routine of fellow athletes: how they perceive things, how they practise and recover, their approach etc. There is a lot of common ground between different sports, that is why I am curious, so that I can maybe implement something into my routine. As a professional athlete, you must always strive to advance, because to stagnate means to regress.”

His own heroes, starting with Kobe Bryant and also Diego Maradona. “Many athletes have influenced me. You mentioned Kobe Bryant, of course. I knew Diego Maradona well, many times we spoke about life and sports and I did get a few useful pointers. The same goes for Michael Jordan. If we speak about tennis, Pete Sampras, and Andre Agassi and Boris Becker, who were my coaches. I appreciate the history of every sport and everything that the greats of the past did to make sport a global phenomenon.”

Their tennis travels are taken for granted, but Djokovic spoke of how he cried every time he left home. “It is not easy, there is no golden formula. Just like anyone who travels a lot due to the nature of their work, I have difficulties when it comes to seeing my wife and kids, my parents, brothers…I do not get to spend as much time as I would like with my family – for instance, I will spend over a month in Australia now. That hurts, I cry every time I leave home. Sometimes I wish it was different, but again, I am very grateful for everything that life has given me – my hardships are nothing compared to other people’s,” Tennis Majors quoted him as saying.

“I try to be aware of that fact, but I still miss my family very much. I find myself constantly searching for that balance, together with my wife – sometimes I get it right, sometimes I do not. Life is like that, just like waves, up and down, so the most important thing for a man is to stay true to himself and to do his best to adjust to all the circumstances.”

Djokovic spoke of mobile phones as distraction – an unhealthy one. “I spend time on my phone as well. These days, it is the norm, it is normal, but it is not healthy at all – radiation, distraction, addiction… Personally, I enjoy Instagram, it is a great app for some things that I look for as I love life through pictures. On the other hand, I try to warn myself not to spend too much time on it, so that I can find a balance between social media and real society, real people, without technology.

“It is very hard to do so nowadays, because at tournaments all over the world, people are mainly glued to their phones, there is not much interaction. A lot has changed since I became a pro 20 years ago. It is not commendable and my advice to young athletes would be to be aware of that and to find a formula that suits them. Also, not to use the phones in the evening, as the blue light affects the way you sleep and wake up. For me, it depends on many circumstances – for instance, if I am away, I will probably spend more time on the phone, so I can speak to my family,” he said.