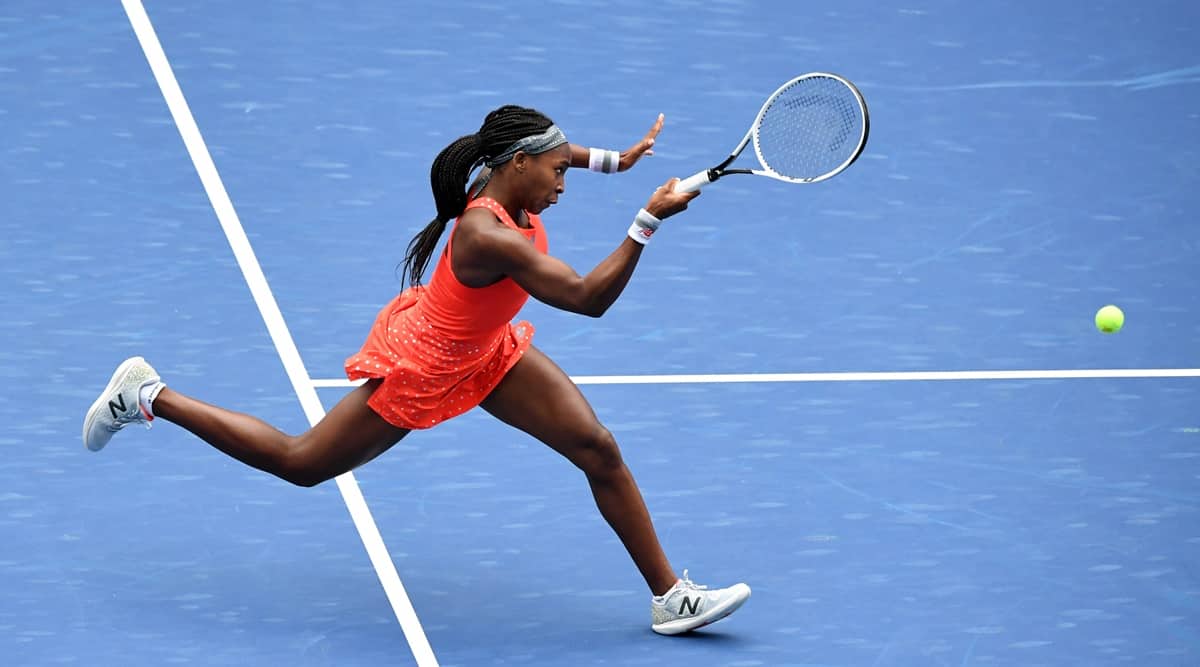 Gauff, a quarterfinalist at the French Open this year is ranked No. 23 in WTA (File Photo)

Coco Gauff and Jennifer Brady will lead a U.S. Olympic tennis team that will go to the Tokyo Games without any of the country’s two highest-ranked women or four top men, according to a roster obtained by The Associated Press.

Notably absent: Serena and Venus Williams, the owners of a combined nine Olympic medals, in addition to their 30 total Grand Slam singles titles and another 14 majors together in doubles.

Sofia Kenin, the Australian Open champion and French Open runner-up in 2020, is currently the highest-ranked American woman, at No. 6, but opted not to go to the Olympics.

“That was a difficult decision, but I spoke and discussed that with my agents,” Kenin said after losing 6-2, 6-4 to American Madison Brengle in Wimbledon’s second round Wednesday.

“I couldn’t take anyone with me, and I definitely wanted to have someone.”

The Tokyo Games were postponed a year ago because of the coronavirus pandemic, and COVID-19 cases are rising in the host city now. The Olympics open on July 23, less than two weeks after Wimbledon ends.

Serena Williams, who is ranked No. 8, ruled herself out over the weekend. She injured her right leg during her match at the All England Club on Tuesday and is out of the tournament.

The first four U.S. men in the ATP rankings — Reilly Opelka, John Isner, Taylor Fritz and Sebastian Korda — all decided not to participate in the Olympics, as did the country’s sixth-highest man, Sam Querrey. Korda passed up joining golf star sisters Nelly and Jessica Korda in Tokyo.

Instead, this week’s rankings of the men signed up for singles are No. 52 Tommy Paul, No. 57 Frances Tiafoe, No. 66 Marcos Giron and No. 68 Tennys Sandgren. Tiafoe beat No. 3 seed Stefanos Tsitsipas, the French Open runner-up, at Wimbledon on Monday.

“It’s going to be a different Olympics from years past; it’s going to take away from it. That being said, I feel like, as an athlete, I have to go at least once. So when I got the option, I absolutely jumped on it,” Giron said.

“I understand why a lot of the other guys aren’t going. But I’m excited and stoked.” Eligibility was based on the rankings of June 14, the day after the French Open ended.

“It’s in a pandemic, which will be, probably, not as enjoyable as the past. And I think for American tennis players, it’s not a huge priority. It’s not as much of a priority as (in) some of the other countries,” Querrey said Wednesday after eliminating No. 8 seed Pablo Carreno Busta at Wimbledon.

“For most of the Americans, if you play in it, great. But I think for me, I’d rather go play (tour events in) Cabo, Atlanta, D.C. I would rather win Indian Wells than win an Olympic gold, and I think at lot of the other guys feel the same way,” he said.

“Just not a huge priority in the calendar.”

The International Tennis Federation was expected to announce each country’s Summer Games entrants for the sport Thursday.

According to the U.S. roster, the rest of its team includes pairings of Gauff with Nicole Melichar, and Pegula with Bethanie Mattek-Sands for women’s doubles, and Tiafoe with Rajeev Ram, and Sandgren with Austin Krajicek for men’s doubles.