Centuries by Alastair Cooke (141) and Shubman Gill (119) saw Glamorgan declare on 533-9 on the second afternoon of their match against Sussex at Hove. 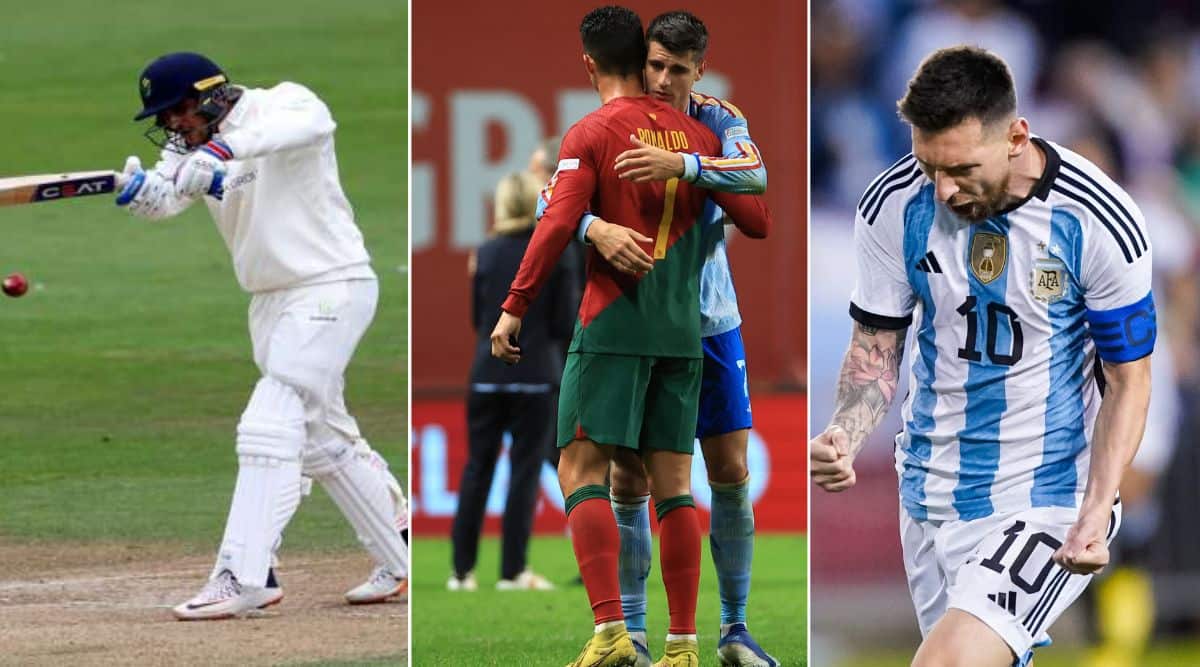 Shubman Gill has continued his great form as the Indian youngster hit 119 on Day 2 of the Glamorgan vs Sussex game in County cricket. Gill was 91 at the end of the first day’s play. He just started from where he left off and hit his maiden County Championship hundred but as far as his experience in first-class cricket is considered, this is his eighth first-class ton which came, off 123 balls.

Centuries by Alastair Cooke (141) and Shubman Gill (119) saw Glamorgan declare on 533-9 on the second afternoon of their match against Sussex at Hove. In reply, the hosts were 88-1 when bad light stopped play.

Luis Enrique was ready for the criticism to start pouring out back home. He knew another setback so close to the World Cup would raise questions about his team and his work. Then a late goal changed it all, and it was all joy and praise for La Roja heading into soccer’s showcase event.

Spain scored an 88th-minute goal to end its winless streak against Portugal on Tuesday and advance in the Nations League to complete the Final Four lineup.

The late goal by Álvaro Morata secured a 1-0 victory that allowed Spain to overtake Portugal in Group A2 and join Croatia, Italy and the Netherlands in the finals to be played in June next year in the Netherlands.

Portugal had a late chance to earn the point it needed but Cristiano Ronaldo missed from close range to see his scoreless streak with the national team reach three matches.

Spain needed a victory to return to the Final Four after losing last year’s final to France. Portugal won the competition’s inaugural edition at home in 2019 but hasn’t made it past the group stage since then.

Argentina’s player Lionel Messi celebrates his goal during the second half of an international friendly soccer match against Jamaica on Tuesday, Sept. 27, 2022, in Harrison, N.J. (AP Photo/Eduardo Munoz Alvarez)

Second-half substitute Lionel Messi scored two late goals as Argentina beat Jamaica 3-0 in a World Cup warm-up in New Jersey on Tuesday. Argentina took the lead in the 13th minute when Lautaro Martinez dribbled past Jamaican defenders in the box before finding Julian Alvarez, who coolly tapped the ball home.

Messi was reported to be suffering flu-like symptoms before the match and came off the bench in the 56th minute, scoring his first when he drove past several defenders and hammered home with four minutes remaining.
He added his second from a free kick three minutes later to extend Argentina’s unbeaten streak to 35 matches.