Tokyo Olympics: WFI got its numbers wrong for coaches, physios

WFI could not find space for Poornima Raman Ngomdir, Vinesh Phogat’s physio, despite the 53kg wrestler being a medal contender. 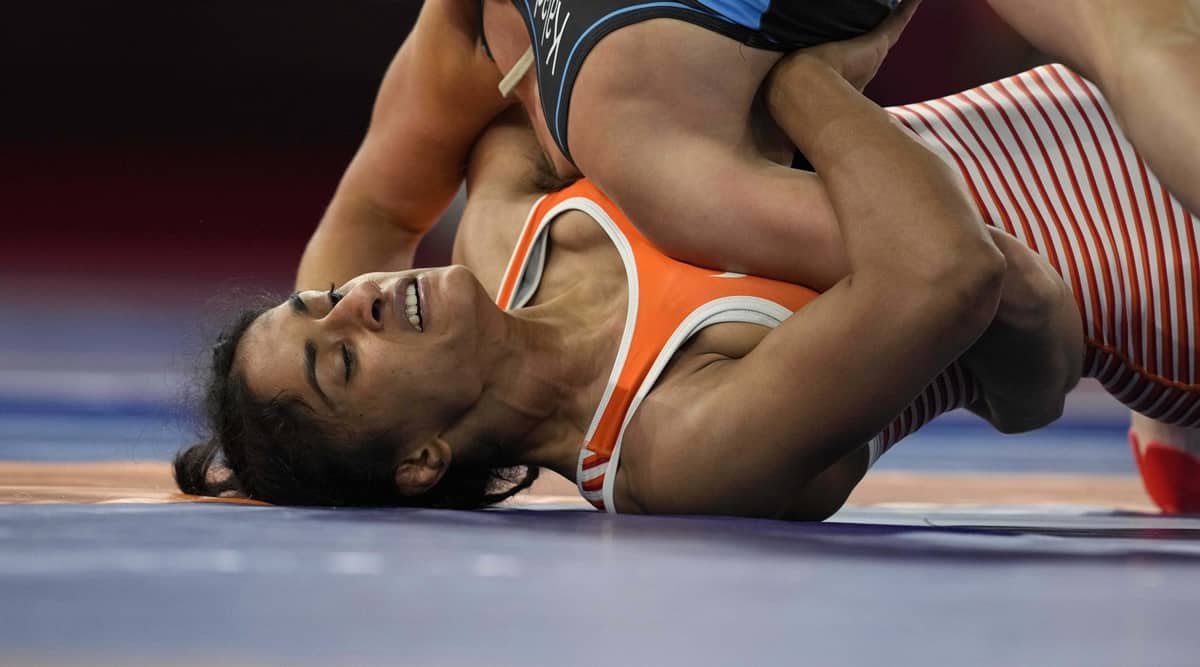 Not only did the Wrestling Federation of India (WFI) overshoot its quota of a maximum 33 per cent support staff allotted for their seven competitors at the Tokyo Olympics, the number of coaches was also skewed in favour of the male grapplers.

While the three men’s freestyle wrestlers at Tokyo were allotted six coaches, the 4-women team had just one head coach. WFI could not find space for Poornima Raman Ngomdir, Vinesh Phogat’s physio, despite the 53kg wrestler being a medal contender.

Brajesh Kumar went as the physio for the male wrestlers.

Indian men’s freestyle wrestlers won two medals at Tokyo, while Vinesh was left ruing a missed chance, even as her desperate plea for her personal physio – voiced a week before her competition day – went unheeded.

READ | ‘One medal (lost) and everything is finished’: Vinesh Phogat

The Indian Olympic Association (IOA), who allotted the accreditations for the support staff, said it was the wrestling federation’s (NSF) prerogative to choose its staff to go to Tokyo, and they were helpless if Poornima’s name wasn’t submitted in the long list.

“The name should be there in the long list else the process becomes very long. There is provision even if someone falls sick, for instance. But if you say we haven’t given the name in the long list because we forgot… there were names of three or four physios in wrestling. One physio went from that list,” IOA president Narinder Batra told The Indian Express.

It has been learnt that the names verbally requested and forwarded in writing in the ‘long list’ in March, did not include Poornima’s, despite Vinesh – a Commonwealth Games-Asiad gold medallist and World Championship bronze winner – expected to be on the podium.

The long list had to be submitted in advance to the Tokyo Olympic Organising Committee, and no one outside of that, could rustle up a last-minute accreditation. “WFI’s early communication was verbal, they didn’t clarify in writing about the long list so Vinesh was in the dark that the physio wasn’t even penned in,” a source close to the development, said.

Male wrestlers Ravi Dahiya, Bajrang Punia and Deepak Punia had a robust support staff of three foreign coaches – Kamal Malikov, Gaidarov Murad and Emzarios Bentinidis besides Indians Jagmander Singh, Anil Maan and Rajeev Tomar. The three women – Seema Bisla, Anshu and Sonam – were under head coach Kuldeep Singh, while Vinesh’s Hungarian coach Woller Akos was drafted in for her bouts. The women, except Vinesh, two of whom were coming off injuries, had no dedicated physio.

Batra said that the final shortlist was forwarded by IOA on July 5, and they had no say in the unpruned one either. “The long list has to come from the NSF, we cannot do anything for that,” he said.

When told of seven wrestlers qualifying, Batra confirmed: “So you have entitlement of 3 coaches…”

WFI secretary Vinod Tomar, who went to Tokyo as ‘Team Leader’ had told The Indian Express earlier, “At an international event where a team goes, the federation doesn’t send a personal physio. For an event like the Olympics, we need accreditation. The number of players who qualify, we get only 33 percent of that for support staff. Vinesh wanted her physio, but it would not be possible to send every wrestler’s personal physio and coach.”

Eventually 9 support staff for 7 wrestlers was 128 percent, not 33 percent.

WFI president Brij Bhushan Sharan did not respond to messages or calls.

When asked if the prioritising of male wrestlers and ignoring Vinesh’s request smacked of gender discrimination, Batra said, “I disagree. For IOA or NSFs, gender has never been an issue. Whoever has qualified has gone. It’s factually and totally incorrect.”

READ | No personal physio for a day makes no difference: WFI on Vinesh’s grievance

‘Is there any way we can get out?’: Afghans in US struggle to help relatives in Kabul